Ariana Engles will become the next Student Association president on March 24 after winning a four-person race. 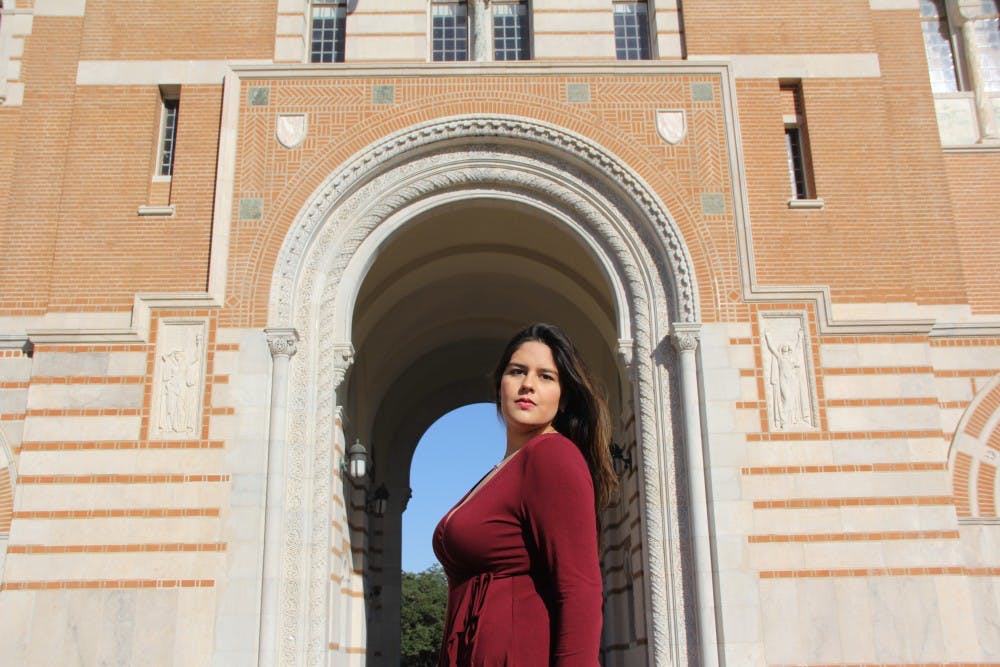 Ariana Engles first knew she wanted to come to Rice at age 12, when she wrote it down on a poster in the back of her closet with a list of future goals. Now, she’s the president-elect of the Student Association.

“I have never felt more honored in my life than in the moment that I got the phone call saying, ‘You won,’” Engles, a Lovett College sophomore, said, unable to contain a smile. “It’s just crazy to me that we have this collection of such great students, scholars, professors, just people who are going to do such amazing things outside these hedges and we’re all here right now.”

Engles, who got the idea to run for SA president after a friend suggested it two weeks before the petitions were due, said she hadn’t necessarily considered it before.

Engles, who had just come from a Rice Unites for Deferred Action for Childhood Arrivals planning meeting for her interview, said that one of the first things she plans to do as president-elect is to continue pressuring the administration about gaps in support services for students with DACA.

“A lot of the things I work on require a lawyer,” Engles said. “As SA president, you’re not necessarily going to be an expert on everything, but what you can be is someone who has a lot of passion, a lot of drive, and takes the time to connect the right people with the right resources.”

“It’s when [the gaps] all culminate that it becomes very difficult for a student,” Engles said.

Engles plans to consider solutions including educational campaigns and cultural competency programs, educating magisters about procedures during ICE raids and hiring a point of contact who can assist DACA students in confidence.

“As SA president, I [will] speak for the student body often, and I realize that this is kind of a political issue,” Engle said. “I want to make sure that at the end of the day, the message being sent is that we’re here to support students.”

Engles said that as president, she also plans to support international students, specifically by addressing representation in student leadership positions and barriers in research and internship opportunities.

Engles said that many people had concerns had about whether or not she would be able to represent all students — not just DACA recipients and international students.

“I really do think I can because everything that I do has come to me out of some student voicing a need,” Engles said. “I ran for SA president because at the very least, regardless if I won, I was going to spark a conversation about issues that are very pressing, and I did that, and if I had lost, I would still have been happy that I was able to do that.”

In addition, Engles said she plans to decrease red tape in the SA by advocating for standardized surveys to each college, working with the Office of Institutional Effectiveness to craft unbiased surveys and centralizing information from past senators in a Google Drive.

“Already it’s been hard to get information about what past presidents have done and what information [has] already been gathered,” Engles said.

Thinking back to writing her first bill as a freshman, Engles said she also plans to host legislation-writing workshops.

“For me, it was very confusing and daunting, but it’s not actually that confusing or daunting,” Engles said with a laugh. “It’s really important [to me that] anyone can voice that ‘Hey, this is something important to the student body,’ not just the nine to 10 people in Senate who know how to do it and go up there constantly.”

Engles said she also hopes to address undergraduate academic curricula, including accreditation requirements and course sequences, through a working group and the survey of all students as well as meeting with department heads and students.

To make herself accessible, Engles said she plans to eat in different serveries and host in-person as well as virtual office hours.

“I want people to feel comfortable coming to me,” Engles said. “When you’re a freshman, the SA president seems so unreal, a lot of students look up to you and they’re like ‘wow that person’s so special.’ Literally, we’re just like any other Rice student.”

For Engles, this moment is a marked transformation of who she was last year.

“Honestly, a year ago, I was a pretty big mess,” Engles said. “I was not connected to my college, I didn’t know what was going on. And then in that year, I’ve come from being that mess to here.”

Engles said her love and admiration for Rice was a big reason she decided to run.

“Every student here is phenomenal,” Engles said. “I ran for this a little bit because hopefully it inspires someone else to also lean in and go for something.”