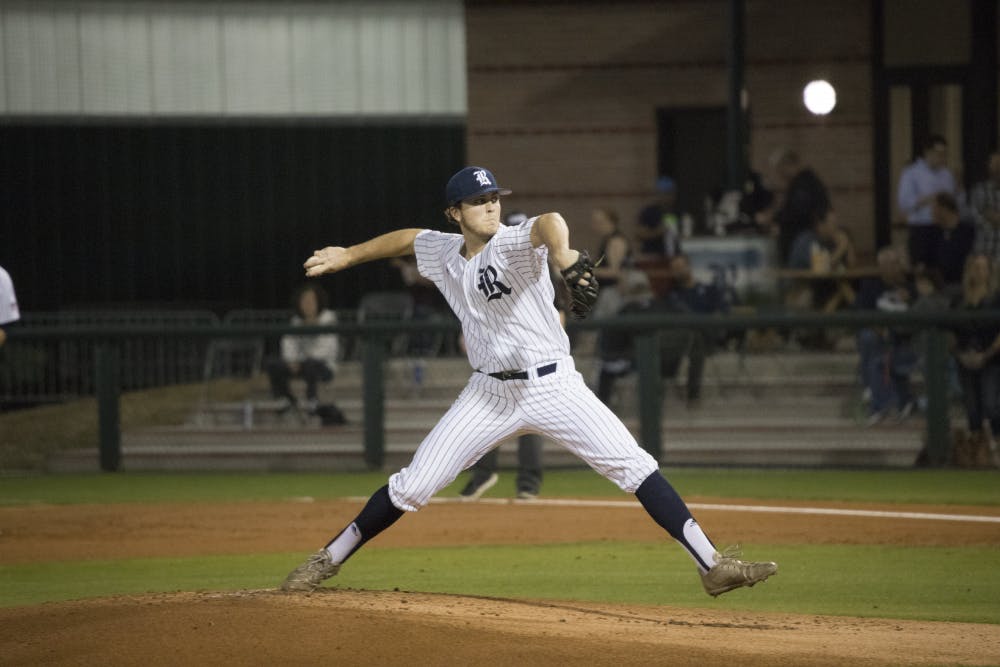 This past weekend was one to forget for Rice baseball. The Owls suffered four tough defeats against No. 7 Stanford University, losing 7-2, 6-2, 7-4 and 2-0.

According to head coach Wayne Graham, Rice struggled throughout the series in part due to injuries in its lineup.

“Throughout the entire weekend, we were missing two of our biggest hitters, which hurt,” Graham said. “Stanford did play extremely well, though.”

Rice scored the first run of the game in two of the four contests, but it was unable to hold its leads. In the first game, the Owls scored in the first inning, but senior pitcher Ricardo Salinas allowed a run in the second and a grand slam in the third. In the third game, Rice led 1-0 until the sixth inning, when an error extended the frame and allowed Stanford to score five unearned runs to pull away.

Although Stanford averaged 5.5 runs per game in the series, starting pitching was not a problem for Rice. Every starting pitcher other than Salinas went at least 5.1 innings and allowed two or fewer earned runs. Sophomore pitcher Matt Canterino stood out, going 6.2 innings in the second game and allowing just two earned runs.

While pitching was a strength, Rice struggled on offense and defense. The Owls scored just eight runs the entire series and were shut out on Sunday despite out-hitting the Cardinal 7-6. Junior shortstop Ford Proctor said the main reason the Owls could not score was because they failed to take advantage of the opportunities they were given.

“We had the bases [loaded] three times [in the final game], once with nobody out,” Proctor said. “We couldn’t get the big hit. We have guys who can swing the bat, but we could not get it done this weekend.”

On top of their offensive shortcomings, the Owls’ poor fielding failed to support the strong pitching. Rice committed six errors in the four game set, leading to nine unearned runs. Senior center fielder Ryan Chandler said he and his teammates were disappointed in this weekend’s performance.

“We [have] to play better. We met after the series and agreed we did not play well at all,” Chandler said. “Stanford is a good team, and we were with them the entire time, but we kept making mistakes, and they capitalized off those mistakes. We have to learn how to take advantage of those mistakes when other teams make them.”

While the team did not get the results it wanted, Graham said he is encouraged by the performance of his pitching staff.

“Our pitching staff is solid. [Sophomore pitcher] Garrett Gayle had a real good outing in the fourth game,” Graham said. “We have good starting pitching and a good bullpen. We should do well once we start hitting.”

Gayle said that he has improved since last year and is looking forward to the rest of the season.

“I am a lot more comfortable on the mound, and a lot less stressed out,” Gayle said. “Last year, when I got in [to the game], I felt that I had to perform or it was the end of the world. Now, if I throw a ball, I know I get back in there with a solid fastball or curveball.”

The team will look to get back on track behind its pitching staff this upcoming weekend. The Owls return to Reckling Park this Friday to face Houston Baptist University. The first pitch will be at 6:30 p.m.