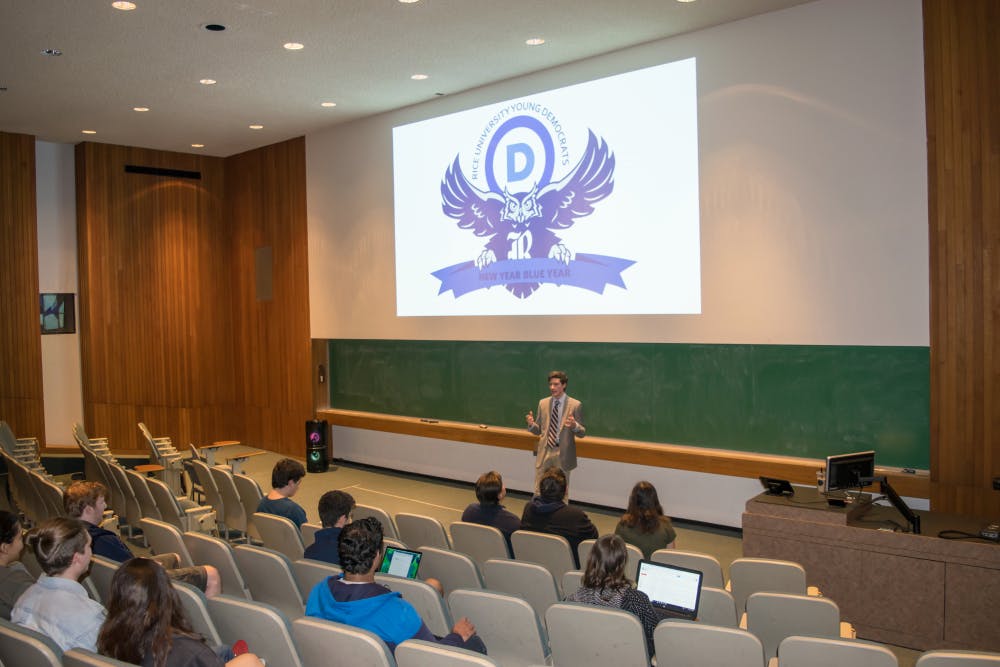 The Rice Young Democrats unanimously voted to endorse Allison Sawyer in the Democratic primary for the 134th District State House of Representatives race at their first meeting of the new year on Wednesday, Jan. 31.

“To my knowledge, we’ve never endorsed in a primary before,” Brotzen, a Brown College sophomore, said. “And frankly, I doubt we will for some time.”

The other candidate for the seat is Lloyd Oliver. According to Rice Young Democrats President Maurice Frediere, the vote to endorse Sawyer over Oliver represented a statement of values for the Democratic organization.

“Lloyd Oliver is ostensibly a Republican in every single policy position,” Frediere, a Duncan  College junior, said. “[He] doesn’t have a place in any state legislature or any elected office or the Democratic party.”

According to the Texas Observer, Oliver has run for office as a Republican in the past, and he once took Harris County Democrats to court after they tried to remove him from the ticket for District Attorney in 2012. Lloyd then made headlines in the same race when he said that domestic violence victims should “maybe learn how to box a little better.”

According to Frediere, the Rice Young Democrats constitution outlines a two-step process for endorsing a candidate. First, the officers must vote unanimously on the matter. Then, the vote is brought to the floor of the general meeting where another unanimous vote by everyone in attendance is required.

After the vote, Brotzen called the endorsement a historic moment.

“The fact that we set a precedent by doing so made it even cooler,” Perryman said.

At the meeting, leaders of the club also discussed their plans for 2018 and hosted a representative of Democrat Todd Litton’s campaign to represent the 2nd Congressional District in the House of Representatives.

Approximately 20 students attended the meeting. Frediere said the attendance of Wednesday’s meeting was an improvement on past years.

“We would have obviously liked to have a larger turnout, but it’s actually, as far as general meetings go, probably the largest we’ve had in two years,” Frediere said.

“On this campus, a lot of people are politically apathetic,” Frediere said. “It’s not going to be the kind of thing that’s going to happen in a year or two. We have to build this club up, and it’s going to happen by having people who put in the legwork for the club over the course of a decade to really get it ingrained in campus culture.”

Brotzen said he hopes to turn Rice’s campus into a liberal bastion.

“I want us to be the [University of California, Berkeley] of Texas,” Brotzen said.