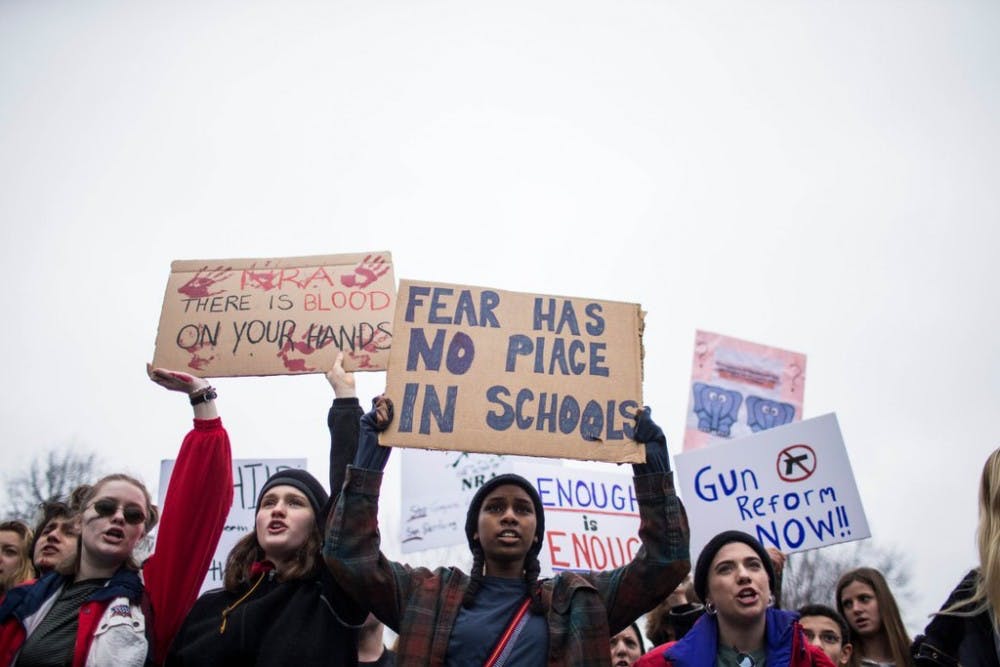 The statement comes as gun control protests have spread across the nation after the mass shooting on Feb. 14 at Marjory Stoneman Douglas High School in Parkland, Florida. Rice joins a number of other colleges that have made similar statements, including the Massachusetts Institute of Technology, John Hopkins University, and the University of Virginia.

According to Rice Vice President for Enrollment Yvonne Romero da Silva, the decision for Rice to make a statement was prompted by questions sent to admissions staff from some applicants and current students who were concerned.

“In my professional experience this is the first time I am aware of high school students mobilizing on an issue on such a national scale,” Romero da Silva said. “It is a testament to the responsibility and maturity of admitted early decision students and current regular decision applicants who have reached out to Rice and other institutions to understand whether participating in peaceful protests and walkouts and any related infractions would have a negative impact on their admission.”

Romero da Silva said that the statement is not a change in policy, but reflects Rice’s commitment to holistic admissions practices.

“If disciplinary infractions have occurred, we seek information from the applicant and others who can provide context for the situation,” Romero da Silva said. “We evaluate such instances on a case-by-case basis with the information available to determine the relevance to admissibility. Of course, the values we practice at Rice also inform how we view the information presented by an applicant.”

Rice President David Leebron said the decision to make a public statement was reached by a number of administration staff, including himself. He said it reflected the university’s commitment to free speech and would apply to all instances of peaceful protest.

“Rice has welcomed student engagement with the important issues of our times, whether of our own students or potential future students who might choose Rice,” Leebron said. “This was an opportunity to reaffirm the importance we attach to free expression, peaceful protest and various forms of civic engagement.”

Alexis Williams, a Jones College junior, said she was considering reaching out to Leebron when the statement was published and wishes Rice would have acted sooner.

“I was disappointed that Rice was not a leader on this issue and only came out after several other prestigious universities and after a Buzzfeed article naming all of the schools that had made statements had come out, but they did react before I even had a chance to do anything about the fact that they weren’t reacting so overall I’m pretty satisfied,” Williams said.

Scotty Stevens, a Jones senior, said that the statement was an important gesture for the right to free expression.

“I’m glad the administration decided to protect the right of peaceful protest for our prospective students,” Stevens said. “This value was shared by the student body during our speaker invitation discussion this semester, so it’s powerful to see our administration reinforce the view of students.”

Kevin Lata, a student who was admitted through Early Decision to Rice this year, said that he thought the statement would be important for students considering matriculating at Rice.

“[The statement] shows me that the school tolerates or encourages students to speak out and stand behind what they find important,” Lata said. “To me it shows acceptance and possibly diversity of thought, which I find to be very important and I think many other perspective students share this stance.”

The superintendents of Houston area school districts Needville and Spring have each released statements warning disciplinary action against students who join protests.

Needville Independent School District said that it would suspend any student involved in political protests during school hours for three days.

Spring ISD said that students who participated in a walkout scheduled for Feb. 21 could face in-school suspension, citing parents’ expectations that their children be on campus during the school day.

“The decision to follow normal procedures if a student walked out of class without permission and potentially issue an in-school suspension was entirely focused on student safety,” Tiffany Dunne-Oldfield, chief communications officer of Spring ISD, said.

“Additionally, it is our understanding that an in-school suspension shouldn’t affect most university admission processes,” Dunne-Oldfield said.

On March 14, during spring break for Houston students, organizers of the Women’s March are encouraging students, teachers and administrators to take part in a nationwide school walk out. The walkout is planned to start at 10 a.m. and last for 17 minutes, one minute for each death at Stoneman Douglas.

In Texas, protests in favor of increased gun control after Stoneman Douglas have occurred in a number of districts around Austin and Dallas.