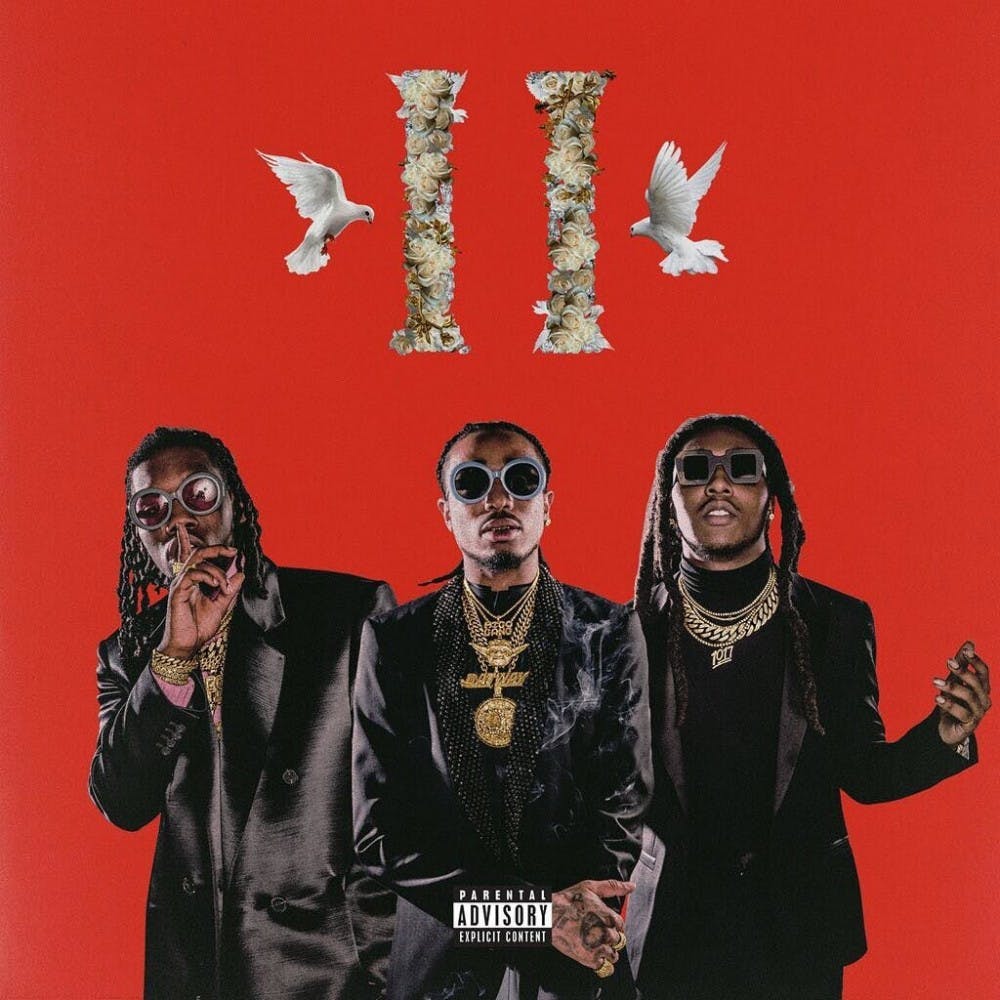 Almost exactly a year ago, Atlanta-based rap trio Migos made waves with “Culture,” a collection of incredibly skillful high-energy trap songs. Naming their album “Culture” was a bold move for the previously low-key group, but the album lived up and propelled them to the forefront of the rap scene. Unfortunately, their much-anticipated return with “Culture 2” lacks the potency of “Culture.” It’s nearly two hours long, and the better tracks are insulated with more forgettable ones, muting their power and smothering the album’s momentum.

The self-importance that accompanies any rap album longer than an hour and a half is almost always a recipe for disaster, but Migos could have been forgiven for their lengthy runtime had the quality of “Culture 2” remained as consistent as its predecessor. However, despite being studded with enough good tracks to comprise an album in their own right, “Culture 2” is muddled by much of the same formulaic spam rap so often characteristic of albums of this length. This is clearly the market-savvy reaction to the incredible response that “Culture” elicited, an attempt to have the group streamed as much as possible. It’s disenchanting to see their momentum channeled into such an obvious money grab.

“Culture” managed to dominate the rap scene by rising to the top on merit, and “Culture 2” will probably do the same, if only by flooding it with a scattershot collection of songs that ensure there is something for everyone. It’s hard to tell if a more streamlined cut of “Culture 2” could have achieved the explosive energy that “Culture” did. It’s too exhaustingly long to be digested as a collection, and no individual song rises exceptionally above the rest. There are plenty of solid tracks, but at no point in the 24-song set do they match the viral caliber of “Bad and Boujee.” The only one that comes close is “Motorsport,” and even this is only due to Cardi B and Nicki Minaj’s contributions.

Though “Culture 2” is frustratingly bloated, the group hasn’t entirely lost what made them so dominant in 2017. It might be overly moralistic to expect a group with such an obvious understanding of cultural currents not to capitalize a bit on that knowledge. Much of what makes Migos such an interesting power group is their pervasiveness, topping the charts not only with their own work, but also with features on some of the best songs of their contemporaries, Offset and Quavo in particular turning up on a staggering number of non-Migos chart toppers.

The glut of content on “Culture 2” seems to be a method of extending this reach further, and sees the trio getting more experimental. Surprisingly, it’s not in the places they step out of their comfort zone where the album falls flat. Quavo perfectly channels Pablo Escobar on “Narcos,” which nails a South American groove. “Stir Fry,” a collaboration with Pharrell, is their first foray into pop territory and is much more intricate than what they’ve worked with before, but the trio make it sound completely natural, each sinking into the beat with skill and ease. Instead it’s the excess of their standard fare that bogs down “Culture 2.” “Walk it Talk it” features one of the most gratingly repetitive choruses in recent history and “Emoji a Chain” is exactly as disappointing as the title would have you expect. Tracks like these feel like imitations of themselves, falling back on a once-successful formula to extend a track list that most certainly needs no extending.

“Culture 2” currently rests at No. 1 on The Billboard 200, and it’s unlikely that Migos is anywhere close to relinquishing their influential status. If anything, between their prolific collaborations and Offset’s engagement to up-and-coming rap powerhouse Cardi B, the group is set up to be even more present in 2018. It will be interesting to see if they are ever able to reclaim the wildfire appeal they achieved with “Culture,” but for now it seems they will maintain their pervasive force with quantity rather than quality.

Listen to the album now.