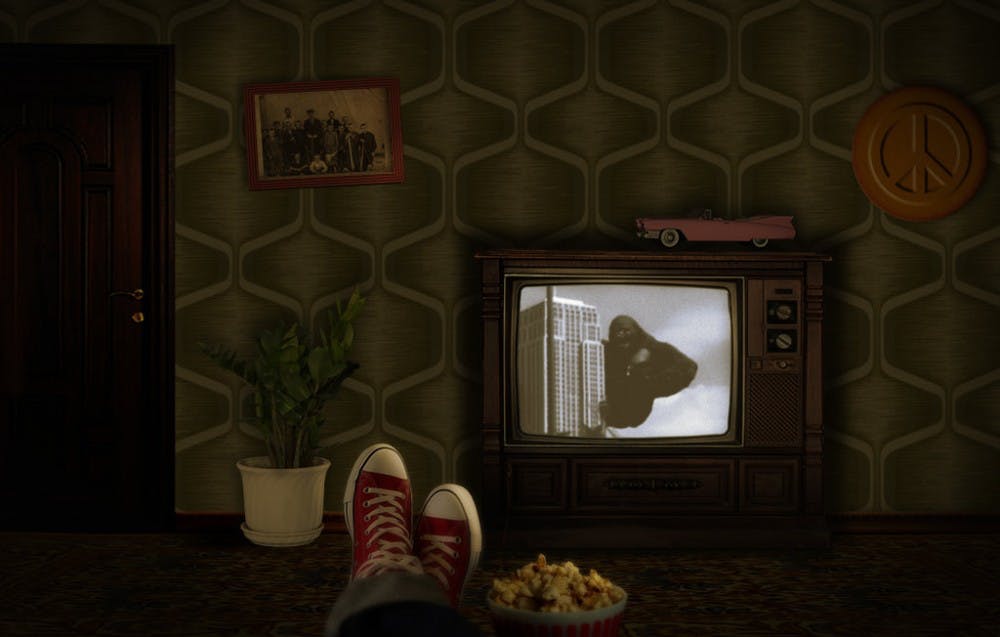 You know the drill. Eat at home. Stay away from social media. Yes, us stags and spinsters have learned to deal with the week of Feb. 14. But even the most seasoned among us may have trouble finding things to do in their Postmates-blessed, Instagram-free anniversaries. So let this viewing guide serve those lonely souls who could burn an hour or two on some silver screen entertainment.

One approach to fighting those pangs of loneliness is to deny they exist. “Cats Don’t Come When You Call” provides that escapism. It’s surprisingly hard to find Hollywood genres quarantined from romance entirely. “Saving Private Ryan” is as much about Tom Hanks fighting for love as is “You’ve Got Mail.” Which is why “Cats Don’t Come,” directed by Toru Yamamoto, is a great antithesis: the Japanese suburbs, two brothers, and, of course, cats. In the film, the older brother moves out, leaving Mitsuo to care for two kittens. Having just lost his professional wrestling dream, Mitsuo now works apathetically at a school cafeteria. At the same time, his cat Tiny begins learning the rules of territoriality among the neighborhood cats. A kinship develops between cat and man, as Mitsuo sees it as his responsibility to train Tiny into an alpha. However, this kind of animal rearing is not without its dangers, which Mitsuo learns from veterinarian Ume. She recommends Mitsuo neuter his cat, an operation that would placate its aggression and prevent more serious battle scars. However, Mitsuo is reluctant because he feels it would rob Tiny the same way his own injury robbed him of his career. In the end, the film is about swallowing the bitter pill and questioning why it has to be bitter in the first place. Mituso confides these questions with Ume, and a friendship grows. OK, fine. There is something going on between these two. Watch at your own risk.

Let’s end with a nostalgia pick, the comfort food for the occasion. Maybe you want to see a movie starring a female lead, but without the romantic stuff. If you’re having trouble, then you have to stop thinking about live action. Recent Disney films have been crushing it with their female characters, as in “Moana” and “Zootopia.” It made me curious to identify where it all began. It goes back to 1998 with “Mulan,” directed by Tony Bancroft and Barry Cook. Watching it now years after I last saw it, several things jumped out at me. “Reflections” is still the best “I want” song of all time. Also, I finally understood the scene with Mulan and the doll as a shorthand for the casualty of war. The subtlety of it amazed me, and surely went over my head when I was young, because as a child I thought the doll belonged to Mulan. What also surprised me: Mulan and Shang never got married! So I recommend revisiting “Mulan”; it’s also in theme with the upcoming Lunar New Year.

There is hope yet for the lonely souls this week. Best to stay indoors. If you have to venture out, make sure someone knows where you’ll be. It might be difficult to just treat this week as any other week. So instead, remind yourself that you are deeply loved. Happy Valentine’s Day!