​Flu cases increase in worst US season since 2009 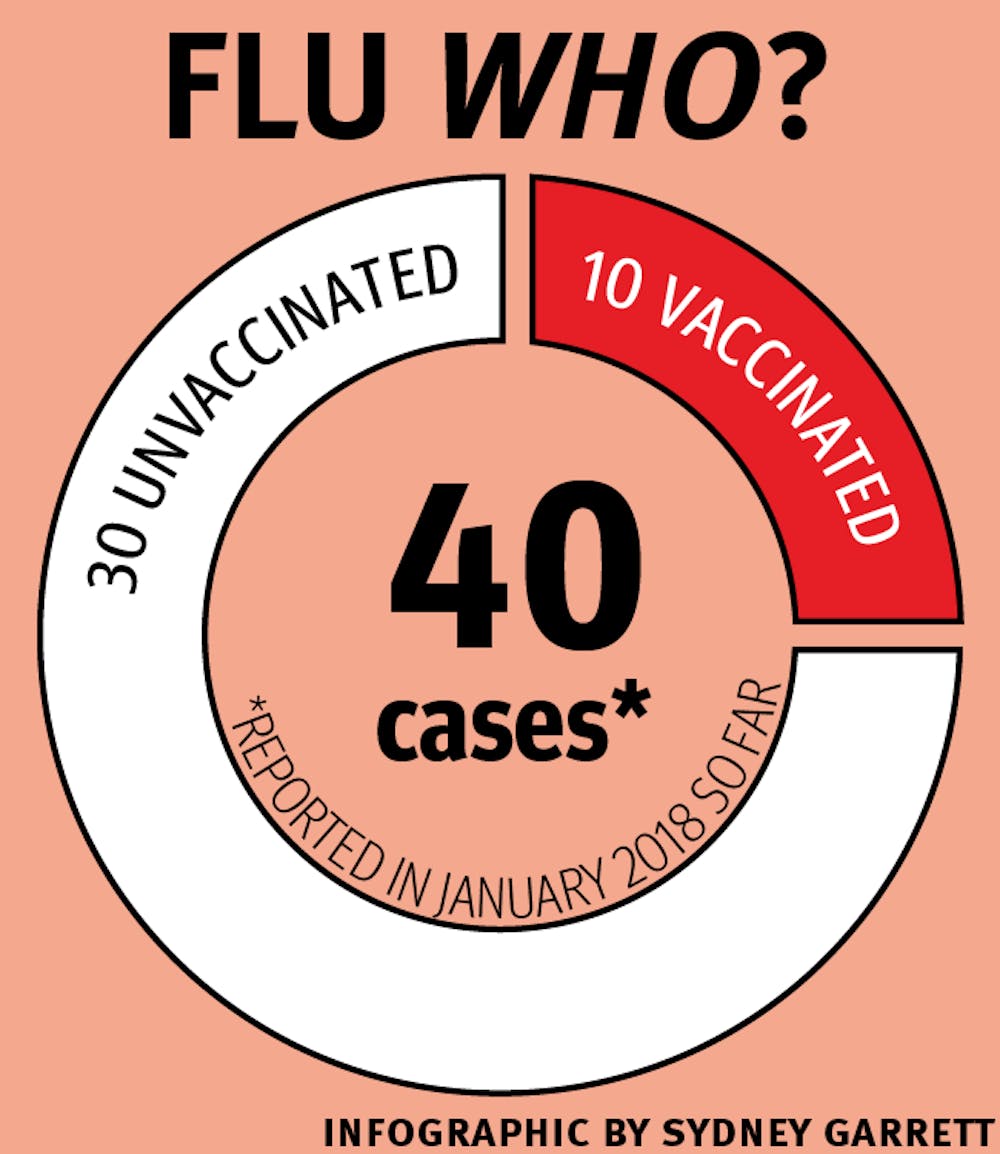 There’s nothing like influenza to get you behind on your readings. With federal health officials declaring this the most intense flu season since the 2009 swine flu epidemic, Rice University Student Health Services is seeing an increasing number of cases, according to Jessica McKelvey, director of student health services.

According to McKelvey, Student Health Services has seen 40 influenza cases in January 2018. There were 74 total influenza cases in the 2016-17 academic year. Out of the 40 cases this month, 30 of those patients had not gotten vaccinated, and the 10 who did had milder cases.

“If we could do something to help someone else, we would — which is why we all need to have the vaccine,” McKelvey said.

“We are still encouraging students to get the vaccine as the flu can have serious complications even for young adults,” McKelvey said. “We expect flu to be present on campus until at least April. We have both Influenza A and Influenza B circulating presently.”

Professor of biosciences Sarah Bengston sent out a message on Canvas last Saturday to her students advising them to stay home from class and excusing missed in-class activities if they showed symptoms of the flu, citing the significant increase in flu cases reported in Texas during the previous 72 hours. According to the Houston Chronicle, 2,355 flu-related deaths have been reported in Texas this season and local experts predict the flu season is weeks from its peak. Nationally, the number of confirmed cases reported by early December doubled from last year.

According to McKelvey, the worst flu season Rice has had was during the swine flu epidemic in 2009, when there were 165 cases in August alone.

McKelvey said Student Health Services is asking for sick students to remain out of classrooms and serveries until they are afebrile, or don’t have a fever over 100.5 degrees Fahrenheit without fever-reducing medication, for 24 hours. A handout Student Health Services gives to each sick student advises them to seek medical attention if they have shortness of breath, pain in the abdomen or chest, dizziness, confusion or persistent vomiting.

Edit Jan. 31, 12:28PM: A previous version of the graphic accompanying the article inverted the number of vaccinated and unvaccinated people with cases of the flu. The graphic has been corrected.