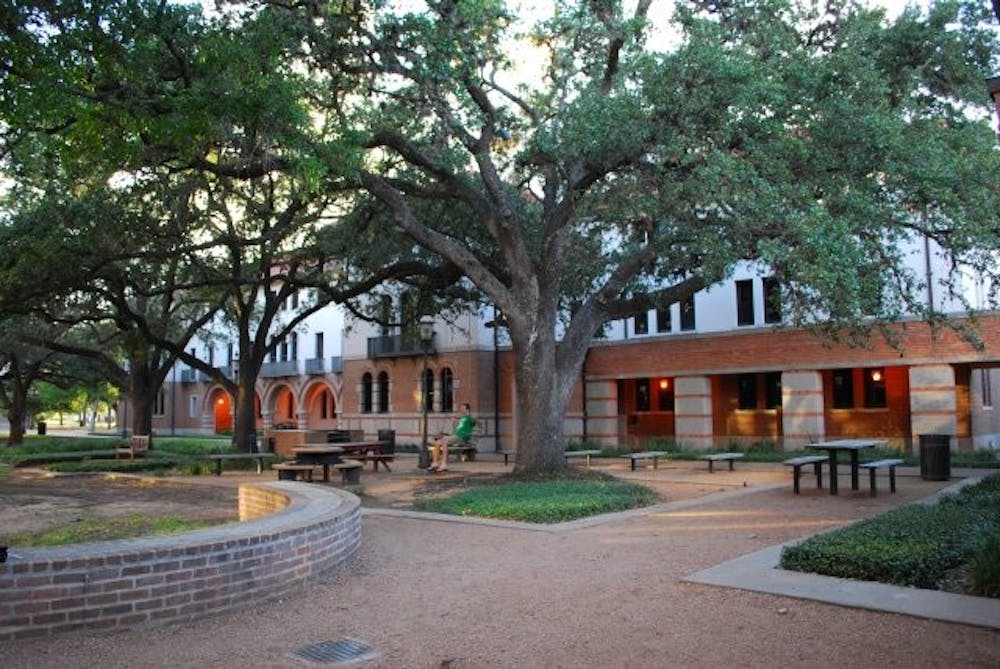 Rice University Police Department officers responding to a fire alarm at Will Rice College at about 2:23 a.m. on Jan. 20 found a piece of cloth smoldering inside a plastic bag, according to RUPD Captain Clemente Rodriguez.

The bag with the smoldering cloth was in a trash can in the fourth floor Old Dorm men’s restroom, Rodriguez said.

Officers saw smoke in the hallway and smelled a burning odor before locating the bag and placing it in the sink to extinguish the fire, Rodriguez said. The officers found fire damage to a metal folding chair and the carpet beneath the chair in the fourth floor study room, colloquially known as “The Weiner Hole.”

Rodriguez said the officers believe the bag was the origin of the fire that caused the alarm. He said the Houston Fire Department responded, but the fire was extinguished before they arrived.

“The individual(s) who caused the fire is unknown at this time,” Rodriguez said. “Students who have information that might be helpful to the investigation should call RUPD at 713-348-6000.”

Kelly Dong, a Will Rice freshman who also lives on fourth floor Old Dorm, said he was about to get into the shower in the fourth floor restroom in the restroom next to where the fire happened when the alarm went off.

“I didn’t really smell any smoke or see anything in the moment but I might not have been paying attention because I was startled by the fire alarm and I just ran back to my room, but on my way to the shower I smelled weed in the adjacent hallway,” Dong said.

Isabella Garza, who lives on fourth floor Old Dorm, said that about 10 minutes before the alarm, she had been in her room and had not noticed anything wrong. She said when she was allowed back in the building, about a half hour later, she smelled smoke and saw ashes on the floor of the study lounge and the burnt top of a metal chair.

“It wasn’t until the cops told everyone that had evacuated that there was a fire on the fourth floor that I knew it was real,” Garza, a Will Rice sophomore, said.

The headline and story have been updated to reflect that the fire alarm occurred on Saturday, Jan. 20 and not Friday.