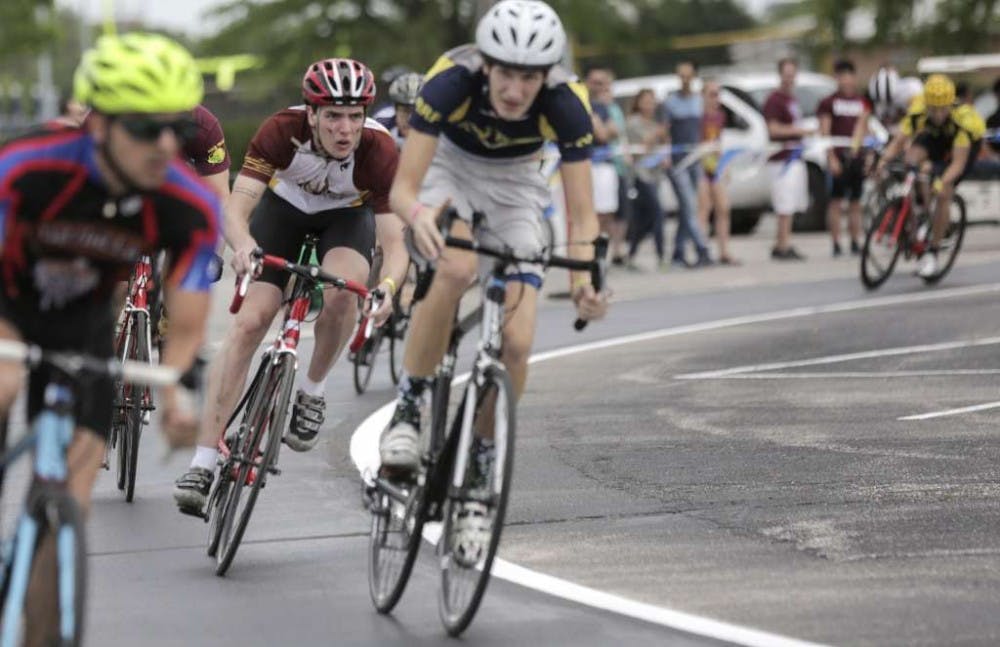 Rice’s most hallowed tradition, Beer Bike, has undergone numerous changes in its 60 years of existence — perhaps most notably, chuggers now drink water rather than beer — and this year could see more. Residential college Beer Bike coordinators are gathering feedback on proposals to reduce the number of bikers per team from 10 to six, move the races’ start time from 11:30 a.m. to 8 a.m. and allow college adult-team members to participate in the alumni races.

The proposals arose from a discussion among college bike captains and experienced cyclists regarding how to improve biker safety at a meeting on Sunday, according to campuswide Beer Bike coordinators Joyce Moon and Erica Zhong. Moon and Zhong were also in attendance at the meeting, the original purpose of which was to discuss Rice Bikes’ new bike inspection system.

Rice Bikes Operations Manager Luke Howe-Kerr said he asked to lead the discussion on safety issues and solutions at the meeting. He sent an email to college Beer Bike coordinators detailing three proposals.

According to Moon and Zhong, each college and the Graduate Student Association will have the opportunity to comment and cast one vote on each proposal, though the results of the vote will be nonbinding. Colleges responses will be decided by their Beer Bike coordinators, and some have sent polls to members of their colleges.

“Ultimately, it is up the campus-wide coordinators to make the final decision regarding these changes, but it will be heavily dependent on the college-wide poll and further discussion with the bike captains and experienced cyclists,” Moon and Zhong, respectively a McMurtry College junior and Will Rice College sophomore, said.

“Reducing the number of riders would mean a larger percentage of the riders competing are experienced with biking on the track because colleges wouldn’t have to pull inexperienced riders at the last minute,” Howe-Kerr’s email said. “Also, because it would make the teams more competitive, there would be more motivation to train, making the event safer.”

“Reducing the number of bikers could improve safety, but is not the best method to ensure the safety of bikers,” Weatherman, a senior, said. “The primary focus should be on revamping the biker certification process. Seemingly everyone agrees that the current certification is a joke and does nothing to ensure a biker on race day is prepared.”

Brown College men’s bike captain Jim Gehrig also said he disagreed with the idea of reducing the number of bikers and that a more stringent certification procedure could be a better fix.

“Low attendance has been a significant problem at past Beer Bikes,” the email said. “Because partying begins so early and there are so many intervening events, people tend to be exhausted by the time the races roll around, sometimes more than eight hours after they’ve woken up and started partying. Having the water balloon fight right before the races also incentivizes people to go back to their rooms to shower and then stay there instead of coming back out for the races.”

Additionally, the email said, moving the time would reduce the number of bikers who race intoxicated, reduce the probability of windy or rainy conditions and allow bikers to participate in the water balloon fight and other festivities after the races.

The email described moving the race time as the most drastic change of the three and said that an agreement could also be reached to leave the time for this year but move it in the future. Like the number of bikers, Howe-Kerr said the specific time in the morning could be up for debate.

Weatherman said he was neutral on moving the time of the race, though he said he does not believe moving the race time would significantly impact race safety.

The third suggestion in the email was to allow college A-team members to participate in the alumni race.

“Colleges also often struggle to field a full team of alumni, so this would make the alumni races significantly better attended and more competitive,” the email said.

Moon and Zhong said this proposal is actually already present in the race’s official rules. Gehrig also said he currently thought A-team members were allowed to bike in the alumni race, which he said he supports.

“A-team biking [in the alumni race] is an easy yes for me,” Gehrig said. “They are important members of the college and should be able to participate.”

College Beer Bike coordinators took different tacks to gathering feedback on the proposal. McMurtry College’s coordinators sent a poll to college members shortly after Howe-Kerr’s email on Monday night, and other coordinators said they also planned to send polls to their colleges.

At least one email from college Beer Bike coordinators requesting feedback described the proposal as having been made by Rice Bikes. However, while Howe-Kerr serves as Rice Bikes’ operations manager, he said that his involvement in proposing changes was independent from his responsibilities at the student-run business.

Howe-Kerr said the proposals originated among concerned bikers after last year’s races, which included a multi-biker pileup shortly after the start of the women’s races.

“The injuries last year were so awful that we agreed something had to change,” Howe-Kerr said. “Early on this semester, I reached out to the campuswide [coordinators] to see if I could meet with them to discuss a variety of ways to improve the safety of the races. Everyone agreed that the conditions of last year’s races were unacceptable and that something had to be done.”

Howe-Kerr said he met with the campuswide coordinators last week, and they all agreed that any potential changes would need to be a collaborative effort between all residential colleges.

Howe-Kerr said those present at Sunday’s meeting decided to judge support for the proposed changes through a vote. Weatherman said those at the meeting also discussed changes to biker certification and track condition improvements that were not included in the voting since they were deemed to be necessary for this year.

According to Howe-Kerr, details such as the difference between six or eight riders were not universally agreed upon at the meeting, but suggestions will be accepted along with votes.

“If a girl crashes and has to be rushed to the [emergency room], something has to change,” Howe-Kerr said. “As with any major change, there are drawbacks to any of these decisions, but safety is our number one priority.”