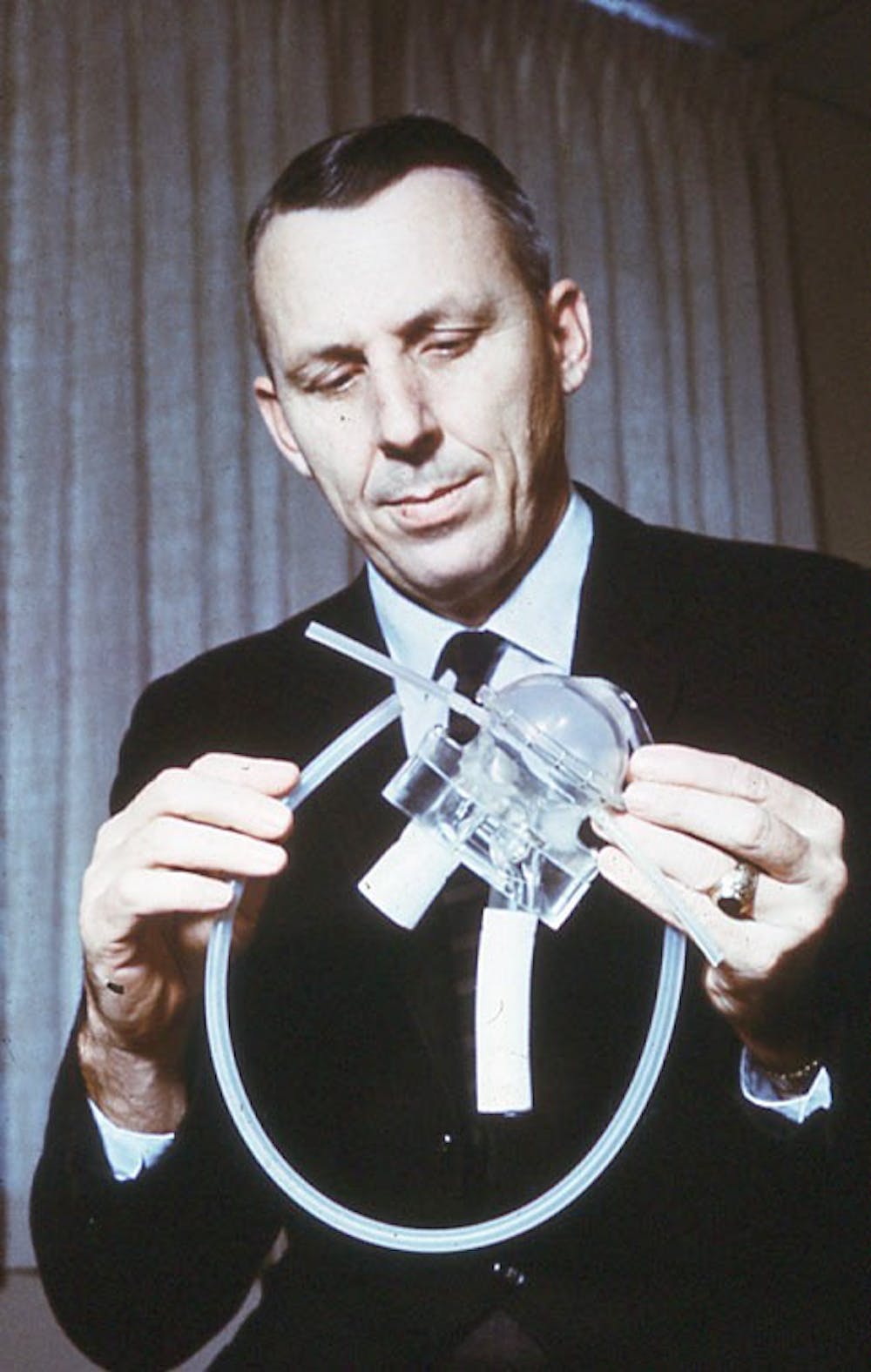 William Akers, professor emeritus of chemical and biomolecular engineering and co-developer of the first artificial heart, passed away Nov. 5 at age 94 and is survived by two daughters.

Akers began at Rice University as an assistant professor in chemical engineering and married his wife Nancy, who passed in 2016, in 1947. While teaching, he served as the chair of chemical engineering from 1955 to 1965 and later in various administrative roles in the 1970s before retiring in 1993.

In 1994, the William W. Akers Chair and Professorship was established, according to an obituary published by Rice News. Walter Chapman, who currently holds the chaired professorship, a position permanently paid for by an endowment gifted by Henry Jackson (Hanszen ‘37) for that purpose, said Akers loved teaching chemical engineering design and challenging students.

“Bill Akers loved Rice,” Chapman said. “He was a mentor to me and valued adviser to the Chemical Engineering Department. Knowing Bill’s research accomplishments and his outstanding contributions to Rice in teaching and service, it was a great honor to be named to the chaired professorship bearing his name.”

In 2015, Akers donated one million dollars to establish the the William W. Akers Endowed Engineering Scholarship fund to support high-need, undergraduate engineering students, according to the Rice News article.

“There was a point in my undergraduate experience when I thought I might be interested in pursuing biomedical engineering, and Dr. Akers took the time to make sure I understood, in unvarnished terms, what the pursuit would require of me,” Walters said. “I ended up not taking that direction, but I will always value our discussions, and I greatly admire him, and am glad he was in my life.”

He has also established the William W. Akers Senior Design Award in Chemical and Biomolecular Engineering, the Nancy and William Akers Endowed Scholarship in Music, and the Carol Akers Klug and Susan Akers Hirtz Endowed Scholarship.

“I owe my professional career as a bioengineer and a teacher to pioneers like Dr. William Akers,” Suh said. “His vision and foresight combined with the courage and optimism to imagine a better tomorrow gave life to bioengineering at Rice and across the globe. Dr. Akers and his incredible legacy will live on with every single Rice engineer who tackles an important problem in our world.”