Survey of All Students shows student support for LEAP proposal 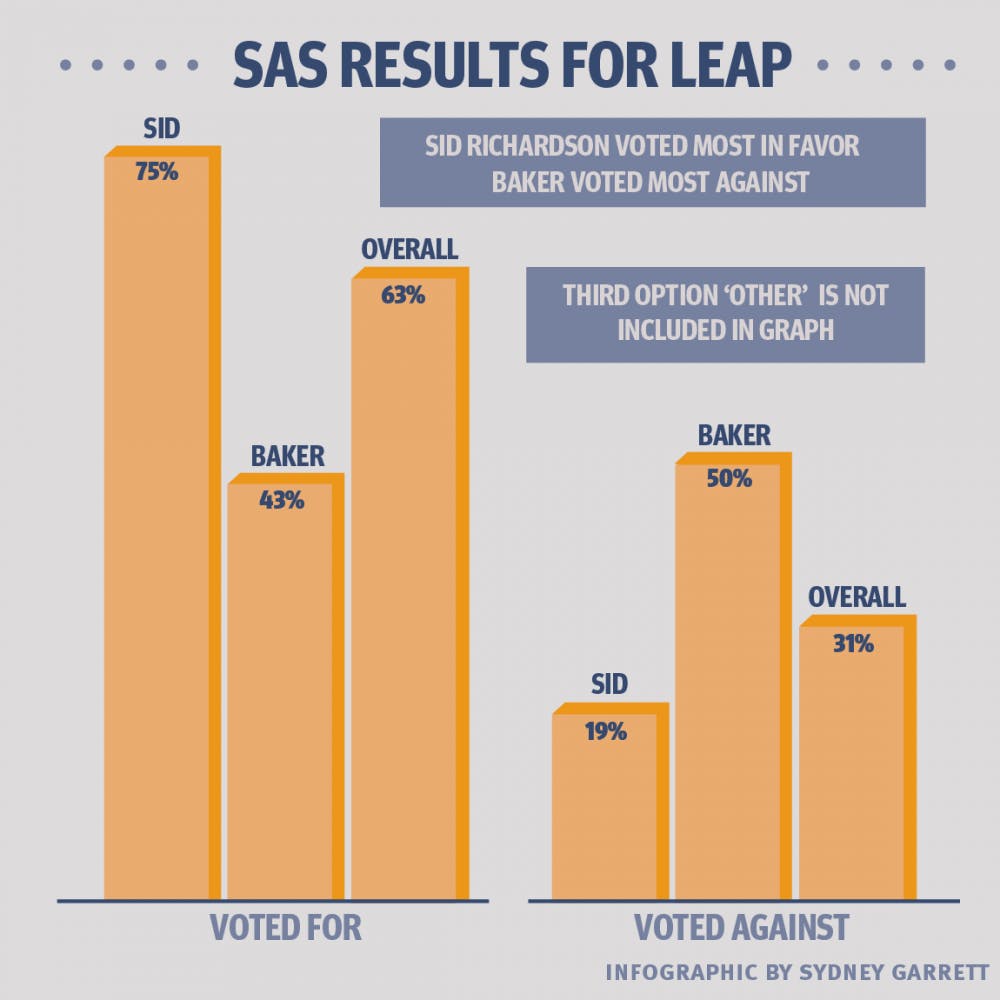 A majority of students support the the Student Association’s Lifetime Enrichment Activities Program proposal to replace the Lifetime Physical Achievement Program requirement, according to the results of the 2017 Survey of All Students.

The data presented at the SA meeting on Monday along with the introduction of the LEAP legislation showed that the 92 percent of the student body that answered the question supported the proposal by a margin of 63.09 to 31.19 percent.

“I wasn’t surprised that so many students supported it,” SA President Justin Onwenu said. “Supporting it does not restrict students at all. It does the opposite; it gives them more freedom, so even if this passed, it would not hurt people who like the LPAP.”

The data were also broken down by college. Most colleges had over 50 percent approval, with the exception of Baker College, where SA Senator John Michael Austin sent a mass email opposing the proposal and the creation process earlier in the semester. Baker had 42.7 percent approval, 15.5 percent less than the next lowest college.

Austin, a junior, said the questions on the SAS were not an accurate portrayal of student interests, because they did not allow for alternate viewpoints.

“The questions on the SAS didn’t include the explicit option of maintaining the LPAP requirement while also creating these new classes, which I would have liked to have seen and is something Baker supports,” Austin said.

If enacted, the proposal would expand the LPAP requirement to include a broader range of courses. Opponents of the proposal have said that it would take away from the health education aspect of LPAP, while supporters have said that the program would contribute to Rice’s academic excellence.

At the end of Monday’s Senate, Senator Ariana Engles interrupted the motion to adjourn, stating that she was unable to voice her opinion during regular meeting time.

“I hope that [the executive team], as a team of fine individuals representing the entire Rice student body, consider this data as well, and then try to accurately reflect what the student body feels,” Engles, a Lovett College sophomore, said.

Senate will vote on the proposal next week. If it passes, the Committee on Undergraduate Education will refine it and the Faculty Senate will decide on its implementation.