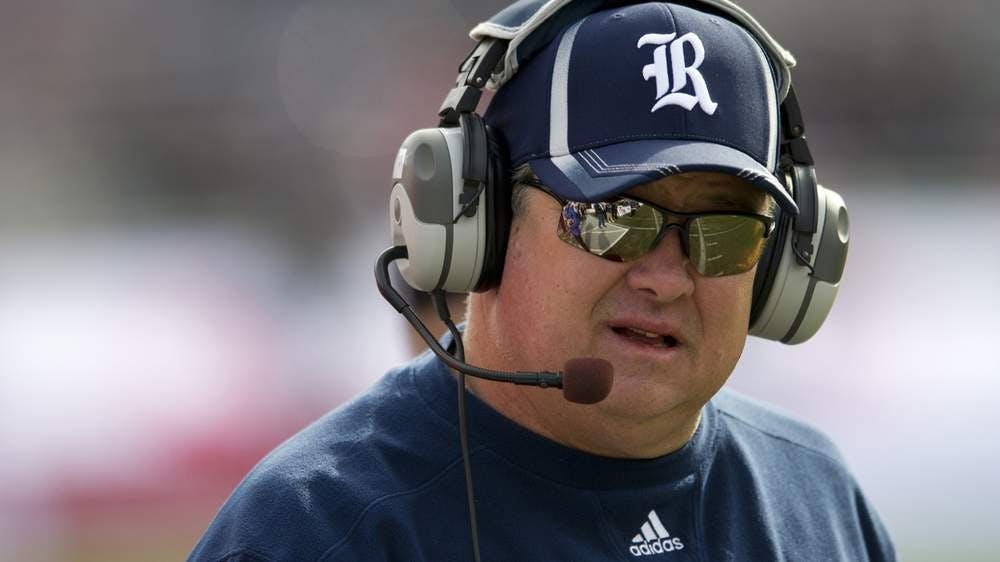 Rice Athletics announced Monday afternoon that Head Coach David Bailiff had been relieved of his duties after 11 years at the helm of the football team. The move comes after the team’s 1-11 regular season, its worst since 1988. Bailiff said he was disappointed but understood the decision.

“Every coach knows that, in the end, it comes down to wins and losses,” Bailiff said. “I know every member of our staff and every player on our team came into the season with the highest of expectations, but when those expectations are not met, changes will be made.”

Bailiff finished his tenure at Rice with a record of 57-80 including 3-1 in bowl games. He led the Owls to their first bowl win since 1954, a 38-14 win over Western Michigan University in the 2008 Texas Bowl. In 2013, he led Rice to its first outright conference championship since 1957. Athletic Director Joe Karlgaard said Bailiff’s accomplishments will not soon be forgotten.

“I appreciate the dedication, passion and integrity that [Bailiff] has brought to our program during his years at Rice,” Karlgaard said. “His first priority has always been his student-athletes and he has been tireless in his efforts to foster their success.”

Unfortunately for Bailiff, the Owls have struggled over the past few seasons. Since appearing in three straight bowl games from 2012 to 2014, Rice has gone 5-7, 3-9 and 1-11 in the past three seasons. Ultimately, Karlgaard said, a change had to be made.

“Last year, at the end of the season when we brought coach Bailiff back, I made a statement about our expectations for the season,” Karlgaard said. “Today was, in some ways, an inevitability. As the season progressed, it became clearer and clearer that we needed to go in this direction. I’m sure coach Bailiff knew that when he walked into my office today.”

After being informed of the decision, Bailiff met with the players in the Brian Patterson Sports Performance Center at Rice Stadium just after noon. Karlgaard said he heard “thunderous applause” for the head coach before heading in to talk to the team himself.

Bailiff leaves Rice near the top of the school’s all-time ranks in numerous categories. He twice matched the school record for wins in a season with 10 in both 2008 and 2013. He ranks second all time in wins, losses and games coached. In both 2008 and 2013, he was named Conference USA coach of the year.

Rice now begins a coaching search. Rice hired Bailiff from then-FCS school Texas State University in 2007. This year, Rice will conduct a nationwide search for candidates. Karlgaard said he is looking for a coach who is ready to radically change the program.

“I want somebody who can really look at the way things have been done here and question all of it,” Karlgaard said. “I really want somebody who is going to embrace a different mindset. I think, with the [men’s and women’s] basketball [head] coaching searches, we wanted continuity. I don’t think that’s the case in this instance.”

According to Karlgaard, the head coaching job at Rice should be attractive to potential candidates.

“I think it’s a challenging but eminently rewarding opportunity,” Karlgaard said. “If you can make Rice a consistent winner, I think that’s a feather in anybody’s cap. It’s not an impossible job. I think our success in the recent past, from 2012 to 2014 [going to] three straight bowl games with a conference championship sandwiched in between, show[s] that we can do that here.”

According to a press release from the athletic department, the school will consult with Turnkey Search, a company based in New Jersey, throughout the process, but Karlgaard will perform interviews and make the final decision. He said he has already received input on potential candidates from Rice supporters.

According to Karlgaard, the coaching search should not last long. This is the first year that there is an early signing period for recruits, so he said Rice will make sure to have a coach in place before the signing period begins on Dec. 20. Because of that and the numerous other openings around college football, Karlgaard said Rice is planning to make a hire quickly.

“We’re going to have to move fast,” Karlgaard said. “It’s a highly competitive environment out there. I think if you move too slowly, you run the risk of losing plan A, B and C and we don’t want to do that. That being said, I’m not going to hire somebody just to make a fast hire because they have to be the right fit.”

While the search is conducted, defensive coordinator Brian Stewart will serve as interim head coach, maintaining contact with recruits leading up to the early signing period and overseeing team activities until a permanent head coach steps in. Karlgaard declined to comment on whether Stewart is a candidate for the head coaching job.

Check out some potential candidates here.

This article has been updated since it was first posted.