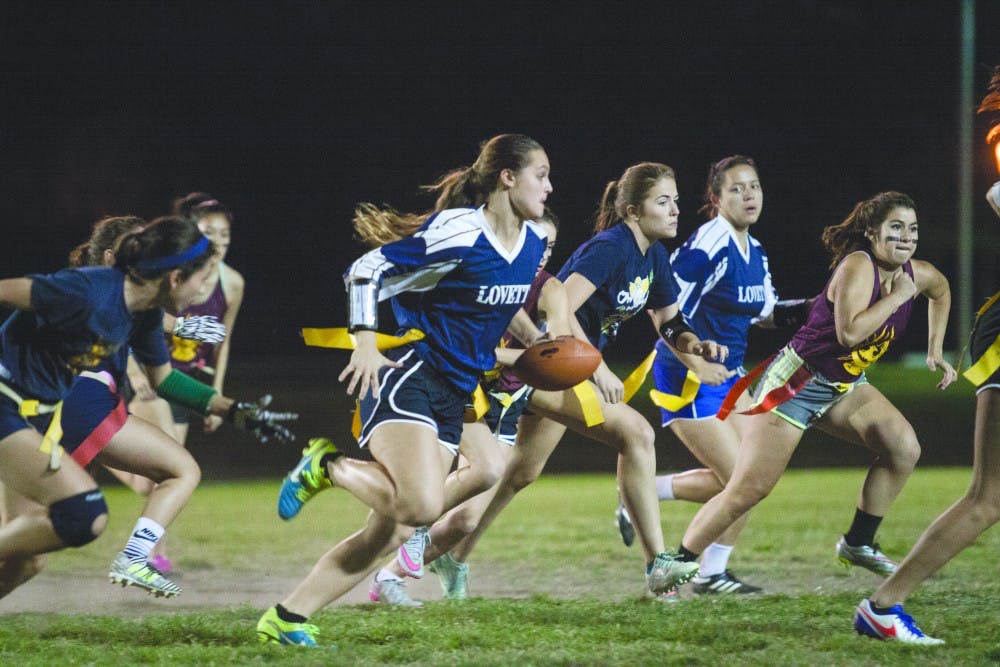 Screaming fans, sweat-stained jerseys and leather pigskins. There was some serious football played this past weekend, not just at Rice Stadium. Powderpuff playoffs began this week with Martel College facing Duncan College and Will Rice College facing Lovett College in the quarterfinals.

In the north college matchup, Duncan started the game with a touchdown on its first possession but was unable to convert the extra point. The game then became a defensive battle, keeping the score 6-0 Duncan until the fourth quarter. Martel managed to score late in the fourth quarter and converted their extra point to take a 7-6 lead. Duncan drove down the field in the final two minutes to try for a game-winning score, but the Duncan quarterback was picked off in the end zone by Martel junior Sadie Richardson, ending the game. Martel came away with the 7-6 win and will advance to the semifinals against undefeated McMurtry College.

Lovett defeated Will Rice in a south college quarterfinal game on Monday night in a rematch of a 25-12 Will Rice regular season victory. Lovett scored two touchdowns en route to a 13-0 win, one in each half. Lovett sophomore Sarah Lasater led the team in receiving. Will Rice was unable to score; Lovett sophomore Emily Klineberg picked off a pass on fourth and goal with two minutes left in the game. Lovett will advance to the semifinals to take on Hanszen College.

Edit Nov. 16, 2017: As exact statistics are not kept in Rice Powderpuff, the article has been updated to reflect that Lovett sophomore Sarah Lasater led her team in receiving. A previous version of this article stated that Lasater had over 100 receiving yards.