Security camera installation delayed to the beginning of next semester 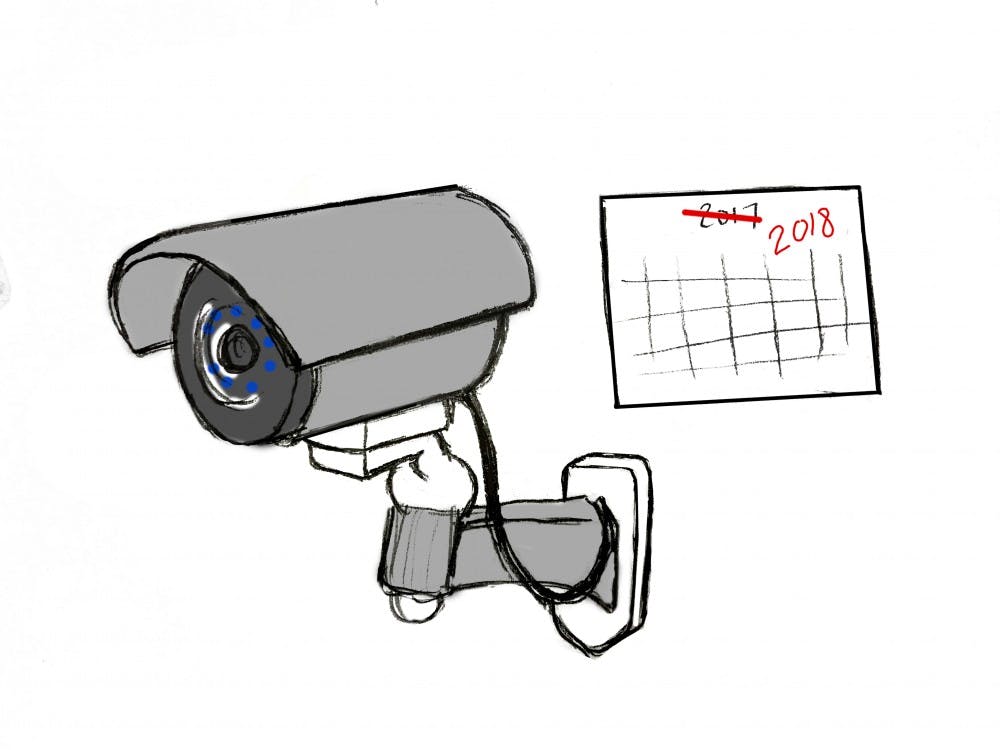 Rice University Police Department is delaying installation of security cameras around the residential colleges until early next semester after facing roadblocks, according to RUPD Captain Clemente Rodriguez.

This week, the Office of Information Technology plans to order the cameras for the first set of colleges for installation: Lovett, Sid Richardson and Wiess Colleges, according to William Deigaard, director of the OIT’s Networking, Telecom and Data Center.

“The colleges along Main Street can sometimes be susceptible to property crimes since easier access in-and-out makes them a little bit more of appealing targets,” Rodriguez said. “So we want to try to start there and work our way through the remaining colleges.”

The installation of cameras at all residential colleges should be completed by the end of February, beginning with the most at-risk colleges before winter recess, according to Deigaard.

“Once the cameras are [shipped] it's going to be a pretty quick moving process,” Rodriguez said.

Originally, the OIT and Facilities Engineering and Planning, with oversight from RUPD, intended to begin installing the cameras at Lovett College this summer, but this installation date was pushed back due to issues including communication problems between the three involved groups, according to Deigaard.

“Our biggest challenge has been keeping all of the various groups and activities in sync in a timely fashion,” Deigaard said. “This, combined with a very difficult summer for my team with other projects and a longer than expected bidding process for selecting the right camera technology, has delayed us past our expected summer window of opportunity.”

“Dean Hutch has been extremely helpful in providing us status updates and ensuring that this remains a priority for the parties in whose hands it currently rests,” Fries said. “All involved parties have been frustrated with how long it has taken for this project to be completed, but it is still definitely a priority and something we are actively working to achieve.”

RUPD also took time to get approval for the installation of the cameras from a new student leadership in each residential college, leading to further delays, according to Rodriguez.

“Each time leadership switches out I think it's important to answer [the new leadership’s] questions before we go too far,” Rodriguez said. “We ended up holding off until we could catch up with the new leadership.”

Rodriguez said he believes the delays were necessary to ensure the effectiveness of the project.

“When you're taking on a project of this size with this amount of cameras you have to do your due diligence,” Rodriguez said. “I think it's worth it so that we make sure that we get a quality camera system from a quality vendor at a fair price.”

OIT, FE&P and RUPD have spent their time finalizing their installation plans, including meeting with students from each college to plan the location of the security cameras and explain how the cameras would work, according to Rodriguez.

“The former president, myself, and the current CJ did a walkthrough in the spring with the involved parties to review where each camera was being placed,” Fries said. “We had multiple discussions about the security cameras at our Central Committee meetings and were able to mitigate concerns from both the administrative and the student ends this way.”

Deigaard and Rodriguez said that they appreciate support from students throughout the installation process.

“We welcome any feedback from students at anytime about this,” Deigaard said. “If there are new questions that students would like to ask, we’d be happy to discuss further.”