The organizers of the event aimed to fill a gap often left by traditional, heteronormative sex education. 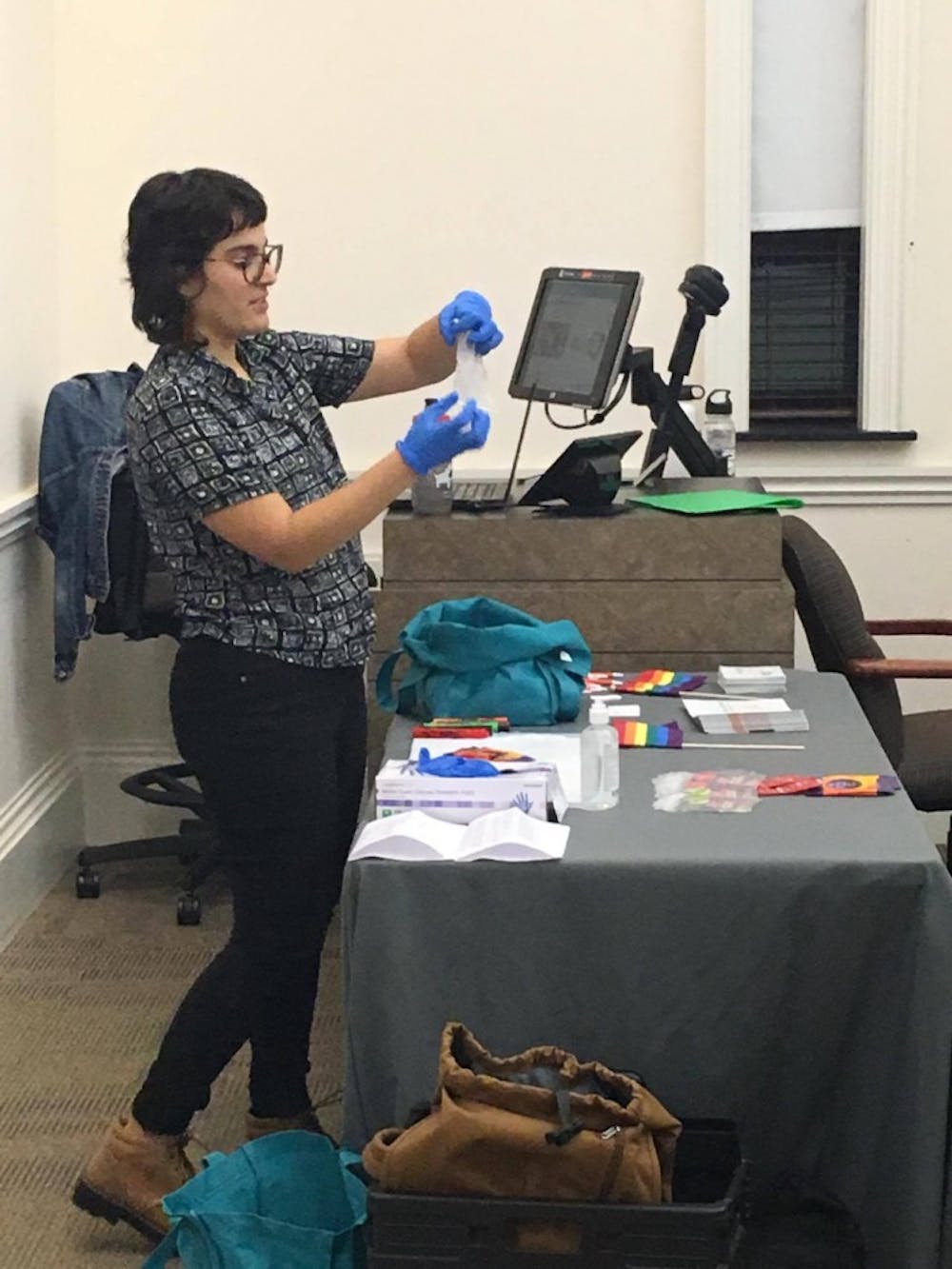 Students gathered over tacos for LGBTQ Sex Ed 101 on Oct. 5 to discuss sexual health and experiences with sex and relationships.

Around 40 students assembled in Room 119 of the Humanities Building for the event, a collaboration by Rice for Reproductive Justice, the Rice Queer Resource Center and the Rice Women’s Resource Center.

According to Elana Margosis, the education and outreach coordinator for Rice for Reproductive Justice, such an event was crucial because traditional sex education is often heteronormative and excludes LGBTQ-specific topics.

“When we think of sex ed, we really think of contraception and birth control. We think of [sexually transmitted diseases] prevention,” Margosis, a Duncan College junior, said. “We think of putting the condom on the banana. Sometimes we think of the Mean Girls scene where all they say is, ‘don't have sex or you'll get pregnant and die.’”

Brooke English, one of the five student panelists and president of the QRC, said the problem occurs when people coming from positions of privilege refuse to consider different viewpoints.

“I feel that most of the sex ed that I use I learned from the internet or other queer people or pop culture,” English, a Baker College senior, said.

English said an important goal for the organizers was the de-gendering of bodies, which prevents people from being reduced to what body parts they have and makes the event open to everyone.

“People have their own agency to decide what they want to call their body parts and genitalia,” Westrup explained.

Westrup elaborated on the different kinds of barrier methods like internal and external condoms and dental dams, as well as different types of contraceptives.

In the panel discussion that followed, questions ranged from how to get involved in the LGBTQ community on campus to what safe sex between two women should look like.

“Respect,” English said when someone posed a question on what’s most important when navigating sex with a transgender individual. “Ask them questions. It is better to ask and know, than to assume and be wrong.”

When the question “Is lesbian bed death real?” was posed, a confused audience member asked what the phrase meant and the students exploded into laughter. ‘Lesbian bed death’ refers to the idea that lesbians may stop having sex after being together for a long time, according to the panelists.

The panelists answered some of the more serious questions by relating their own experiences with STDs and bad relationships to the audience. In response to a question about relationships with older men, one panelist cautioned against the power dynamics it can create.

“Know that even if they’re older and more experienced in the situation, or they have more money than you, or more power than you, you are on the completely same playing field and are allowed to say no at any point,” the panelist, who requested to remain unnamed, said.

The final question was about safe practices for hooking up with people off campus. Panelist Justin Bishop advised that students should have a friend with whom they can share their whereabouts.

“If you don’t have a friend like that, talk to me and I’ll be that friend for you,” Bishop, a Brown College sophomore, said.