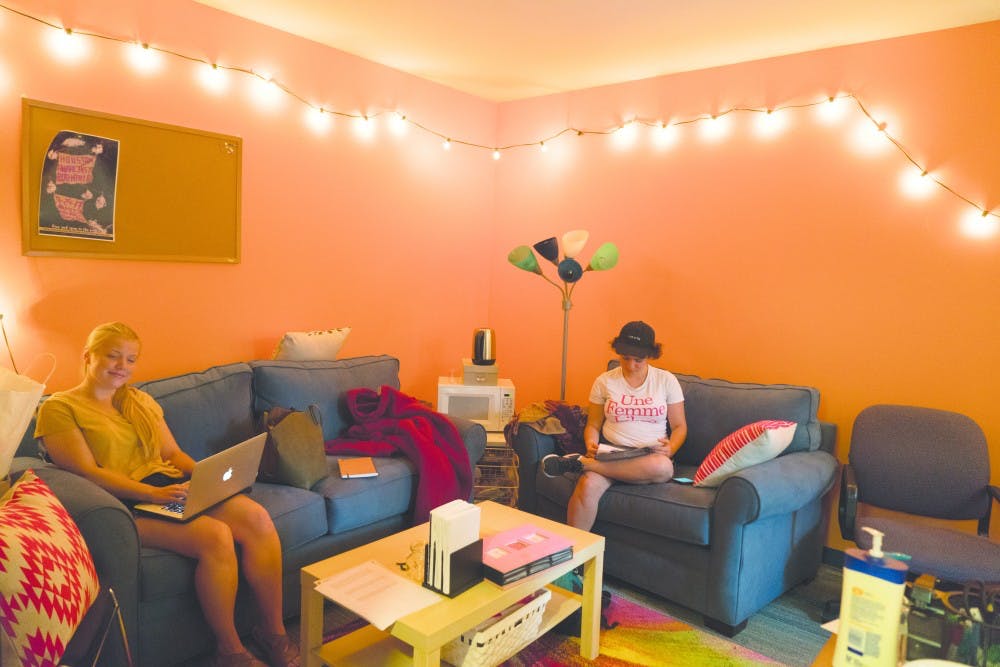 Students are taking advantage of the Rice Women’s Resource Center’s updated space after a summer renovation and a redesigned logo, according to co-director Zulfa Quadri.

Co-director Julian Wilson said the center repainted the doors and walls and received new carpeting, a couch, blankets and string lights after she and Quadri decided to rebrand the center to be a more comfortable and accessible space. They also added a cabinet, a tea kettle and reusable mugs.

“Both Julian and I believed that how we present ourselves to the Rice community is very important in who comes in, who gets involved and who shares our space,” Quadri said. “We felt that the current logo and the office space at the time did not reflect the more inviting, welcoming organization we wanted to be.”

In coordination with past directors, Wilson, a Baker College senior, and Quadri, a McMurtry College senior, met with alumnus Rahul Kothari (Lovett ’17) to design the new logo. According to Quadri, they spent roughly two hours picking the new colors for the logo, moving away from the traditional purple of the RWRC and toward maroon and orange, which they felt was more neutral.

Mari Zertuche, who has volunteered with the RWRC for the past year, said she notices more people coming in during a shift this semester.

“I’ve only worked there the past year or so, but I think with the renovation the center [received], it seems like people are more comfortable coming in,” Zertuche, a Will Rice College senior, said. “I also have worked more during the day, so that could be a factor.”

“I think making the space more inviting and comfortable for people had a lot to do with that,” Quadri said. “The number of people poking their heads in the office to learn more and get more involved has skyrocketed. We also have seen a lot more men coming in which is always a plus.”

Alex Rusakevich is one of at least two men who are volunteering at the center this year. Rusakevich said most people still have the misconception that the center is only a resource for women.

“It seems to be improving this semester though, as I’ve had several male visitors come to talk and purchase our merch,” Rusakevich, a Duncan College senior, said. “Hopefully, word is spreading that we’re here for everyone.”

“We need men to be a part of the con versation because that’s how complete progress happens,” Quadri said. “People who have the privilege, in this case, men, need to be activists just as much as women because this affects them too.”

Zertuche said that while she has had great conversations with men at the RWRC about what it means for them to be feminists, the men who utilize the center are not the ones who have the most to learn from it.

“While at Rice there is a general sense that we have a socially conscious student body, I think there are at least a few dudes on this campus that are in desperate need of a fucking clue,” Zertuche said. “Men at Rice need to do a better job of holding each other accountable, and a great way to start figuring out how to do that is talking to the volunteers at theWomen’s Resource Center.”