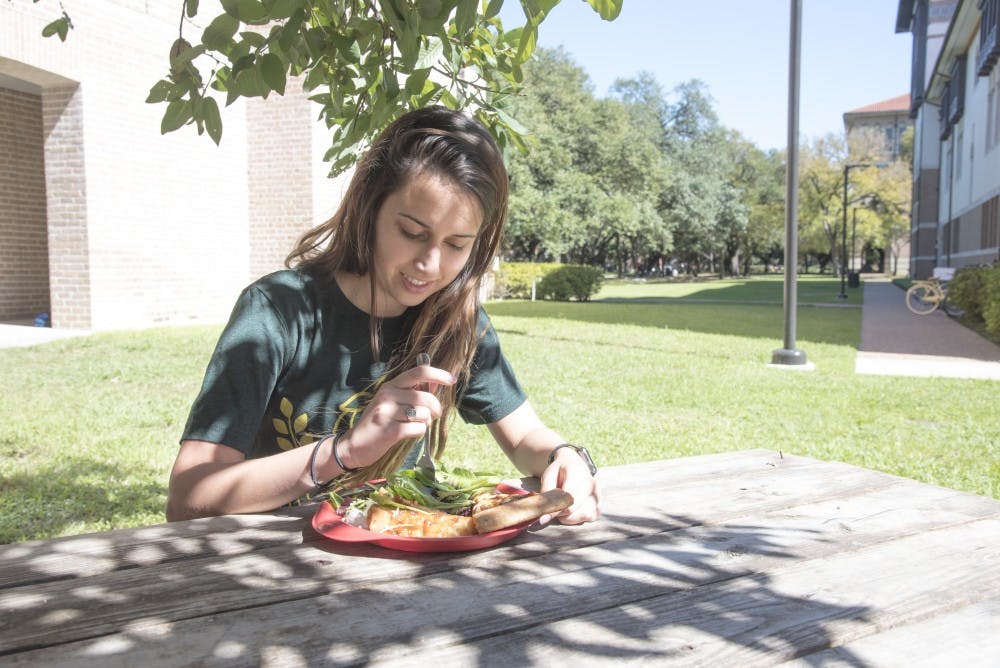 College EcoReps are currently expanding Greenware, a service where students can borrow reusable dishware for parties and other events, according to Travis Kwee, this year’s head EcoRep. Greenware, which began five years ago at Baker College and was implemented at Wiess College in 2015, will now also be available at Will Rice, Hanszen and Sid Richardson Colleges starting this week, according to Jessica Alanis, a Will Rice sophomore and the college’s EcoRep.

“At a standard event, people usually buy dozens and dozens of disposable plastic or paper products and we just didn’t think that was necessary,” Kwee said. “So we ordered reusable plates and bowls from a company called Preserve Products that can go through the industrial servery dishwashers.”

Event organizers can contact their college’s EcoRep to request to borrow the reusable plates and bowls as a substitute for their disposable variants. The event organizer brings these dishes to the event and returns them afterward, at which point they are handed over to the servery to be washed, Kwee said.

The EcoReps also plan to expand this program to Brown and Martel, the next colleges with adequate funding and approval from operations managers and servery staff, according to Kwee. Greenware will also be added to the magister’s houses for Baker, Duncan and McMurtry Colleges.

“Duncan and McMurtry are really large colleges so educating the entire population is a little more of a challenge,” Kwee said. “They weren’t ready to roll it out for the entire college so they’ll instead just have it at certain events that the Magisters throw.”

In 2015, Kwee said Baker saved at least $500 and diverted roughly 2,000 items from landfills because of Greenware.

Despite Greenware’s succcesses, many of the reusable dishes are accidentally stolen or thrown away, according to Kwee.

“At the beginning, a lot of people aren’t used to the Greenware, so they take it up to their room or I have to dig things out of the recycling or trash after an event.” Kwee said. “But luckily our loss rates at Baker are pretty low at this point because we’ve had it for a good five years.”

Once students become accustomed to Greenware, Alanis also said it would be useful to add cups to the current collection of plates and bowls.

“Since everybody’s coming from a different area with different recycling protocol, no one really knows what’s recyclable at Rice and I think that Rice kind of does a poor job [of] telling people,” Osmani, a Hanszen College sophomore, said.

Education on recycling is vital, because if one third of recycled material cannot actually be recycled, it all is sent to the trash, according to Osmani.

According to Osmani, the Environmental Club has also been attempting to expand the number of recycling bins on campus since last semester.

“Willy’s Pub used to serve No. 6 plastic cups, but they recently changed to No. 1, so we’ve tried to increase the number of recycling bins in Pub so people can recycle those,” Osmani said. “We have also been working with the [Student Association] on greening athletics. During football practice for example, they use a ton of plastic bottles and they all go to the trash because the athletic facilities don’t have very conveniently located recycling bins.”

The administration is willing to expand campus recycling, according to Director of Custodial and Grounds Services Eusebio Franco, who manages all recycling on campus.

“We purchase extra recycling bins as needed,” Franco said. “We are always open for feedback from our students.”

Osmani said the biggest impact can be made through increasing the supply of reusable items, which the EcoReps hope to address through Greenware.

“Recycling is still better than throwing things away but please invest in reusable things,” Osmani said.