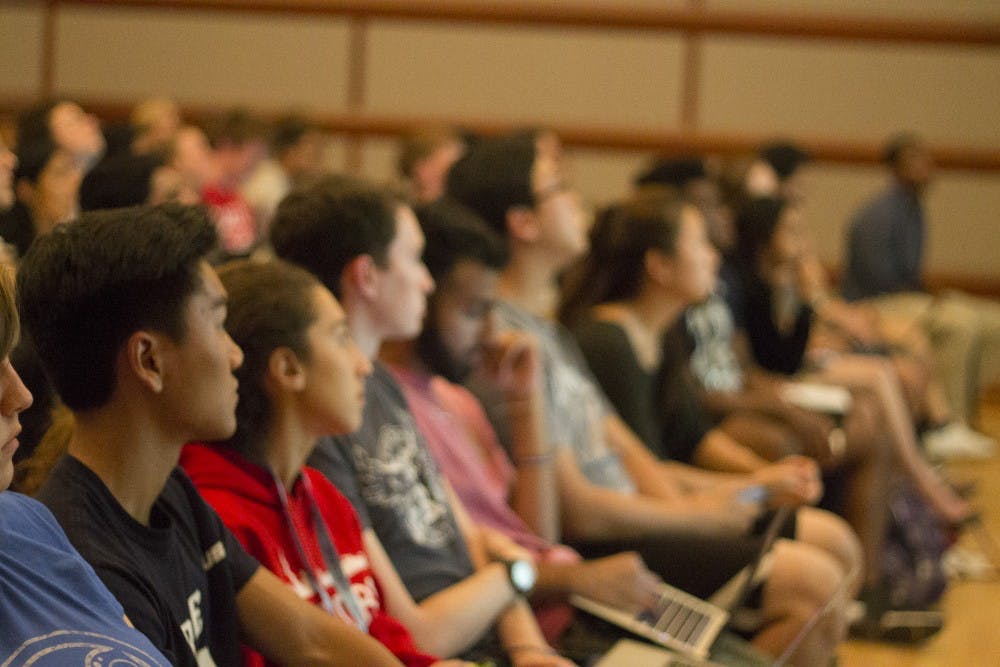 The Student Association unanimously passed a constitutional amendment to increase transparency on Monday.

The Bylaw Amendment To Establish Mechanism for Transparency and Accountability requires all SA officials except residential college presidents to submit a platform at the beginning of their term and each semester, detailing their goals for the year.

“I think [the bylaw amendment] will help by allowing people to actually share what they’re doing and for that info to be public,” Wickerson, a sophomore, said. “So hopefully it’ll allow more communication from the SA and out of the SA.”

In the past, Rice students had difficulty becoming involved because they were often uninformed about what the SA was doing, according to Associate Vice President and co-sponsor Phil Hedayatnia.

“That was the greatest critique of the SA across the student body,” Hedayatnia, a Brown College sophomore, said. “We began to craft proposals so that every student can understand how the SA works.”

“We designed the website for beginners in mind, because everyone ought to be able to understand and take action in the SA,” Hedayatnia said. “Politics ought to be something that we all take part in. So Justin [Onwenu], Grace [Wickerson] and I came together to see how that could happen.”

After three weeks of drafting and adjusting the legislation, the coauthors were able to present a proposal that most members of the senate support, as indicated by the unanimous vote to pass the proposal.

“I commend this Bylaw Amendment and the people who wrote it,” Lovett College Senator Ariana Engles said. “I believe that between multiple discussions during Senate, Senator’s Dinners, President’s Dinners and other avenues, the amendment was able to be adjusted to be the best possible version for our campus.”

The bylaw will also continue the tradition of naming an “SA Member of the Month.” The executive committee will now select the SA member of the month based upon progress reports as well as nominations by the student body. These reports will encourage officials to stay accountable and fulfill their roles as energetic members of the SA, Onwenu said.

“When students campaign, whether it’s for senator, positions on the Executive team or SA President, they pour their hearts out in engaging with students to get elected,” Onwenu said. “As members of the SA, we have a duty to bring this same energy and engagement with the Student Body even when campaigning ends. This amendment will do just that.”

Along with encouraging SA members to bring energy to their positions, the reports will also encourage SA members to fulfill their promises, Hedayatnia said.

“It creates an incentive,” Hedayatnia said. “If SA senators uphold their promises, the reports will show what the senators have done.”

Engles said the monthly reports will not be a large work burden.

“As a senator myself, I don’t believe that this amendment will increase my workload,” Engles said. “I’m pretty excited, in all honesty, for other Rice students to be able to easily see how many wonderful initiatives we have in the Student Association. Overall, I fully support this amendment.”

Wickerson said she is hopeful about the future with the legislation in place.