Off campus students shelter on campus 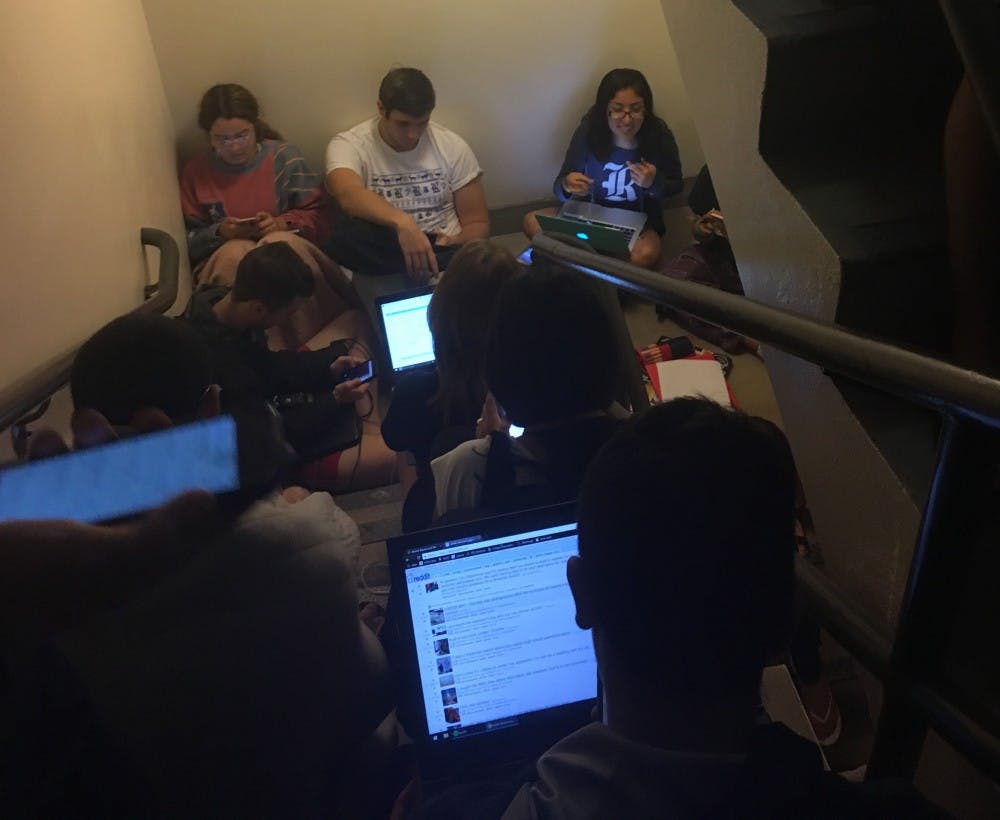 Many undergraduates living off campus moved into residential colleges during the hurricane, sleeping on couches and inflatable mattresses in every style of room.

At Will Rice College, Anika Gautam’s 212-square-foot double was home to six people total as four off-campus friends came to wait out the storm together.

“While our spirits started out high, we learned a lot more than we ever had in the last three years,” Gautam, a senior, said. “Harvey brought us closer together. Who knew two beds, a mattress topper and a futon could all fit?”

Some off-campus students who had not left their apartments were rescued by the Rice University Police Department.

A few rescues involved students in apartment complexes that had flooded out, according to Rice University Chief of Police James Tate. To reach these students, RUPD worked with the owner of a high-water rescue vehicle who provided transportation to at least five students.

“We will go the extra mile in every case for students, faculty members or staff folks,” Tate said. “We just will.”

Brown junior Brice Todd said he had to leave his apartment after he lost power, stranding him with no running water and only perishable food. RUPD brought him to Brown College, where he stayed for three days.

“My stuff was all safe because I live on the 15th floor, but the building is still trying to recover,” Todd said. “I apparently left just in time because the first floor partially flooded while I was away, and I would’ve been stranded had I stayed much longer.”

Rakesh Vijayakumar, who stayed in the common area of a quad with four other off-campus students, said he enjoyed the free servery food that began Friday, Aug. 25 and extending through Monday, Sept. 4, according to an email from Rice Dining.

“My roommate and I stocked up on food the Thursday before the hurricane but we only bought enough for about four days,” Vijayakumar, a Brown junior, said. “We probably would have run out or would have come close if we stayed at our apartment.”

“People started going back to their off-campus apartments and we slowly emptied out,” Asson, a Jones College junior, said “But since move-in day, our suite has almost had more nights with visitors. Now it feels a little empty.”