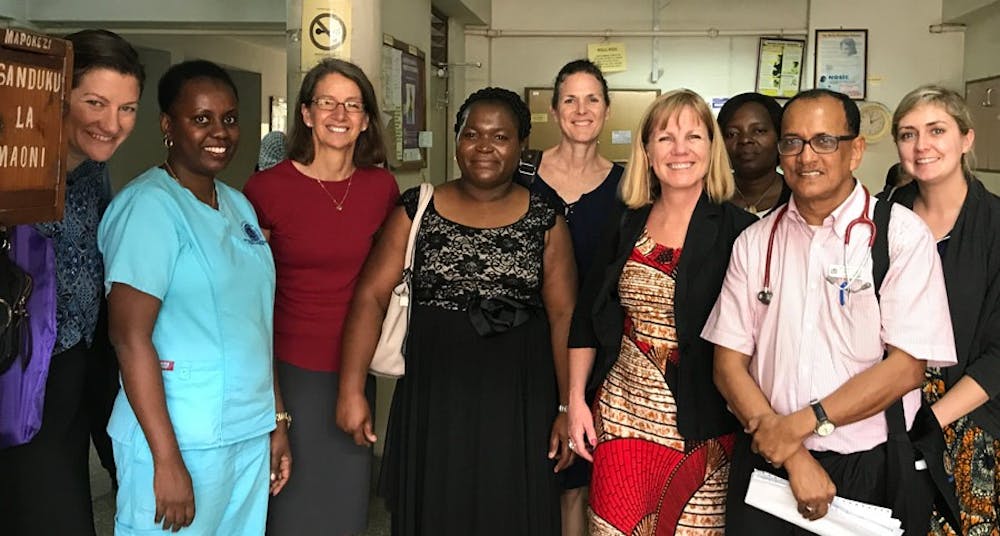 Rice University’s Newborn Essential Solutions and Technologies program was named one of four finalists from over 1900 competitors for the MacArthur Foundation’s $100 million 100&Change grant on Sept. 19.

NEST360° is an initiative by the Rice360° Institute for Global Health that aims to reduce neonatal deaths in Africa, where over 1 million babies die annually.

Maria Oden, co-director of Rice360°, said NEST’s goal is to reduce newborn deaths in Africa by half.

“That’s a really audacious goal, but we build that on technologies that are straightforward enough, that feel possible,” Oden said.

According to Oden, The MacArthur Foundation has asked NEST to hold a livestream conversation on Oct. 27, during which Rice students may have the opportunity to show their support on social media. NEST will present to the MacArthur Foundation board on Dec. 11, and the winner of the grant will be announced on or soon after that date.

Oden said Rice students have substantially contributed to the development of NEST by innovating new technology that is applicable in low-resource settings.

McMurtry College senior Leah Sherman had the opportunity to travel to Africa and test the mechanical breast pump she designed through the Oshman Engineering Design Kitchen.

“I went to Malawi with Rice360° and I brought the mechanical breast pump with me to do testing on it and to get user feedback from it, as well as scoping out ideas for projects to bring back for students,” Sherman said.

One student design team, which graduated in 2010, designed the Pumani bubble CPAP, a low-cost respiratory device for newborns with breathing difficulty, Oden said. The Pumani CPAP has now become the standard device of its kind for hospitals in Malawi, and it has been sold in 30 different countries.

NEST also aims to implement a “problem-based learning curriculum with a focus on troubleshooting skills”, according to the Rice360° website.

Naod Araya, who spent the past summer at a Rice360° internship working on healthcare technologies with Malawian students, can attest to the necessity of innovation in these countries.

“They don't have as many tools and machinery as we do so you really, really had to push your limits of creativity for designing,” Araya, a Jones College sophomore, said. “A lot of governments just can’t afford the cost of technologies that we’ve developed in the US. What I really like about NEST360° is that it bridges that gap.”

The MacArthur Foundation website states that the 100&Change grant is meant to fund “a single proposal that promises real and measurable progress in solving a critical problem of our time.”

According to Oden, NEST has already raised about $5 million, which they used to scale up the usage of the Pumani CPAP in 35 Malawian hospitals. With the MacArthur grant, they hope to achieve this at a lower cost with all 17 of their reported life-saving technologies.

Leah Sherman said that NEST highlights the commitment that Rice professors have to improving global health.

“I think that we should be excited that we have so many professors who are so dedicated to the work that they do and so dedicated to having a positive impact on the world,” Sherman said.