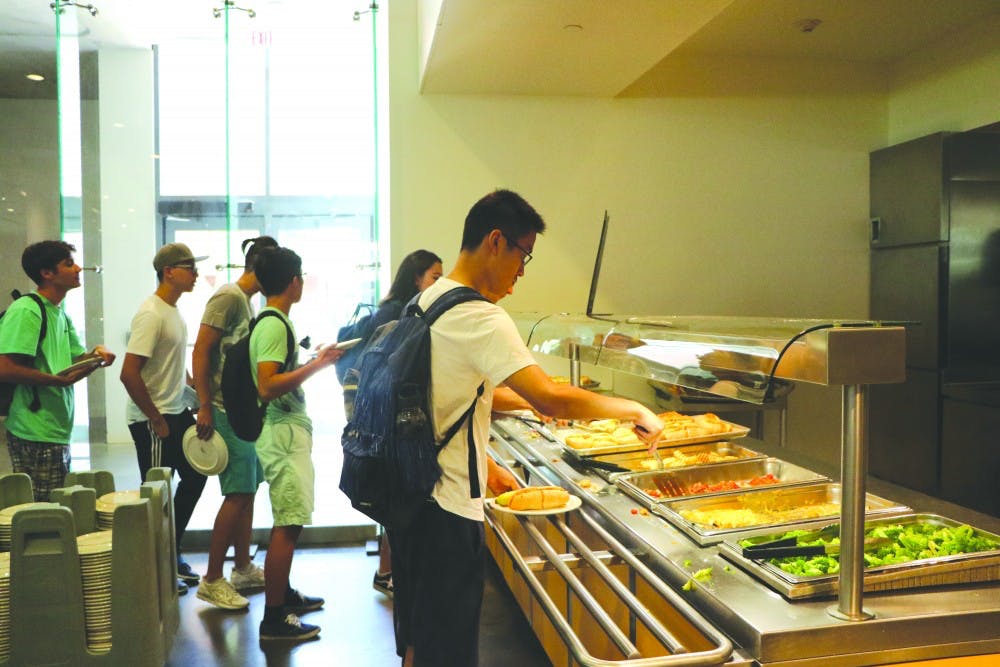 The full on-campus meal plan will include Saturday dinners this semester, according to an announcement made by the Rice University Student Association over the summer.

SA President Justin Onwenu said Housing and Dining decided to expand the meal plan to 20 meals per week with no cost increase, following discussions about reducing the burden on low-income students.

“We’re a community, and we have to create a community that’s conducive for everybody, regardless of [their] background,” McDonald said. “I don’t think the real world can ever get anything at 100 percent, but we want to try and get there as close to the margins as possible.”

According to McDonald, the conversation that led to the change began roughly three years ago.

Onwenu, a Sid Richardson senior, said H&D was very responsive to student input after he and Wiess College senior Hannah Todd began discussing the flexibility of the meal plan with them.

“Moving in this direction just seemed like the right thing to do considering the wide number of students who were asking for this option,” Onwenu said. “Once we discussed funding a service every Saturday with administrators, H&D stepped in and decided that Saturday dinner was definitely something they could handle.”

McDonald said that student groups have often suggested adding Saturday dinners to the meal plan, but it was difficult without a proper financial model. This year, overcrowding caused by a larger than expected enrollment helped make the model feasible, according to McDonald.

“Students who overcrowded still have to pay full board plan,” McDonald said. “Essentially, we’re getting extra 30 or 40 revenues for board. So those extra beds help with the incremental costs of food and labor.”

McDonald said this year room and board costs will not increase to accommodate the Saturday dinner and most likely not increase more than 20 to 25 dollars a semester after, but that nothing will be certain until H&D can gauge participation.

“Basically, I’m going to ask students’ forgiveness for a couple weeks until we sort out the numbers,” McDonald said. “I think that’s fair to ask.”

According to McDonald, Siebel and North serveries will be open from 4:45 p.m. to 6:15 p.m. on Saturday evenings, and they expect roughly 400 to 800 participants at each location.

“Students either didn’t have enough Tetra to last an entire semester or felt like they could just order food for similar costs,” Onwenu said. “Additionally, it didn’t make sense financially for H&D to keep the serveries open with the low student participation that we observed.”

The lack of Saturday dinners on-campus began as a means of encouragement for students to go beyond the campus hedges and explore Houston, McDonald said, but as the student body has diversified, other considerations are more pressing.

“Now we’re an international university,” McDonald said. “We have people coming to school here from all different backgrounds and ways of life. To think that one policy could persist continuously, forever, should be challenged once in a while. And I think this is the right time to challenge it.”

In contrast to the original purpose of Houston exploration, Onwenu said he’s observed many students ordering in or going to nearby fast food restaurants.

“We must explore initiatives aimed at getting students outside of the hedges, but this goal doesn’t have to come at the expense of students who find eating [off-campus] financially straining,” Onwenu said.