RUPD votes against unionizing after urging from Rice administration 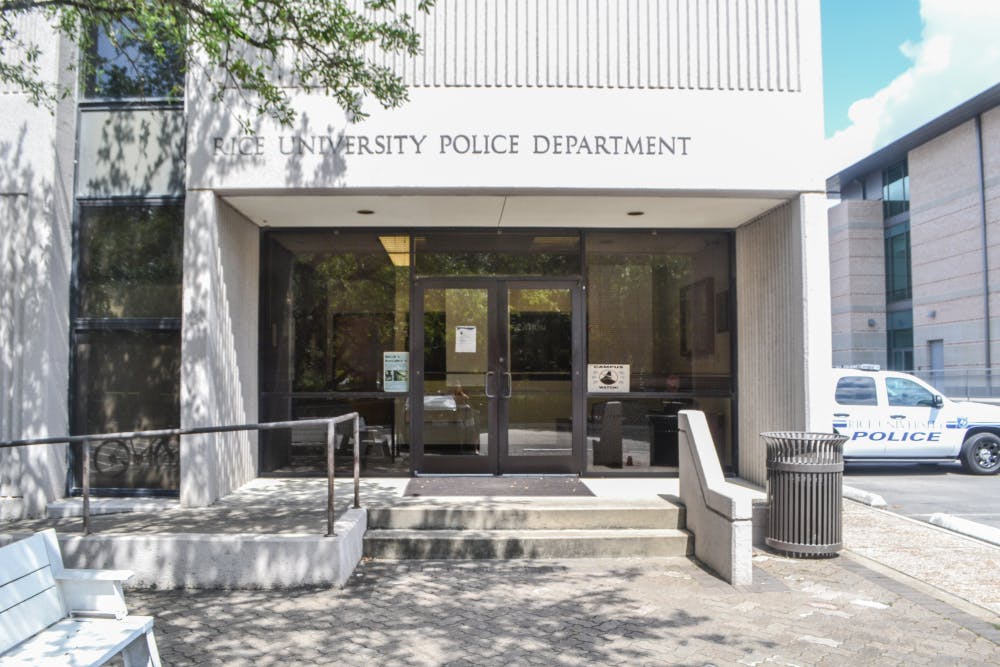 Rice University Police Department employees voted May 17 not to unionize, amid opposition to unionization from Rice administration. B.J Almond, Rice’s senior director of news and media relations, said this is the first time any Rice staff have voted on whether to unionize.

The election, run by the National Labor Relations Board, took place after a group of RUPD officers filed a petition to the NLRB in late April. Had more than 50 percent voted in favor, RUPD employees would have joined the Security, Police and Fire Professionals of America; the final tally was 10 in favor to 29 against. All RUPD employees were eligible to vote except supervisors.

“Today we held a historic vote in our department,” Tate said. “Our members overwhelmingly voted no, choosing not to insert a union into our work relationships at RUPD. I appreciate the chance to begin leading this department without the intervention of a union.”

An employee within RUPD who was in favor of unionization said those who filed the petition to have the vote had hoped to gain negotiating power for improved benefits. According to the employee, officers have no lightened duty option, so a pregnant officer would have to be on full duty until taking maternity leave. The worker also said officers will receive 80 percent of income if they are off work due to off-duty injury, but only 60 percent of income after an injury on duty. However, Almond clarified that non-work-related injuries are a part of Rice’s disability plan, and thus separate from worker’s compensation.

“It’s basic stuff that just about every police officer in the state of Texas has,” the employee, who wished to remain anonymous out of concern for consequences for speaking to the Thresher, said. “And we don’t, and we’re trying to make it happen. But you can’t negotiate with your boss [without a union].”

The employee said materials they described as anti-union have been distributed to RUPD employees for the last several weeks, which was corroborated by a second source within RUPD.

“Every day for the last two to three weeks, all we've heard about is anti-union this and-anti union that,” the second employee said. “We've had a mandatory viewing of an anti-union video and a couple of mandatory anti-union meetings.”

Prior to the vote, the first employee expressed doubt that it would be in favor of unionization due to what they described as anti-union harassment. According to the employee, the voting room was within viewing distance from the chief’s office, which also has a camera inside. Almond said the time and location of the election was decided on by the union and Rice.

“The morale at RUPD is at an all-time low right now,” the first employee said. “Everybody hates coming to work right now because every time we come to work, we get pressured, and pressured, and pressured to vote no. That’s illegal — we can’t even vote without being pressured and scared that we’re going to get terminated. And they’re using different kinds of scare tactics to make us to not want any part of it.”

Under the National Labor Relations Act and related legislation, employers generally cannot punish or terminate employees for taking part in union activities or a vote, but it is legal to distribute materials and hold meetings that argue against unionization. Almond said the provided materials consisted of fact-based educational pieces and the university administration’s belief that RUPD employees do not need a union.

“The group has been told that their right to vote for or against having a union in the RUPD is theirs,” Almond said. “All that management has done is to ask all potential voters to base their decisions on facts. The laws say that employers are allowed to communicate with and inform employees regarding their upcoming choices. The information provided is intended to encourage employees to do their research about the union so they can decide if they want to give their representation rights to SPFPA.”

In documents filed with the NLRB, Rice said seven sergeants and four officers-in-charge were not eligible to vote as supervisors are excluded under the National Labor Relations Act. The NLRB allowed some of these employees to make contested votes, but will not rule on whether their votes should be counted since either way the outcome of the vote would be the same.

“Rice’s argument reflects long-established federal labor board law and policy that excludes supervisors from being a part of a labor union,” Almond said. “Under federal labor laws, supervisors are considered to be ‘management’ and are expressly excluded from units.”

Tate said he is now looking to move the department beyond the vote.

“In the coming days and weeks, I will resume my original plan to personally sit down with each employee in our department,” Tate said. “This will be the first of many initiatives to fully understand our strengths, our challenges and determine the best way to move RUPD forward."