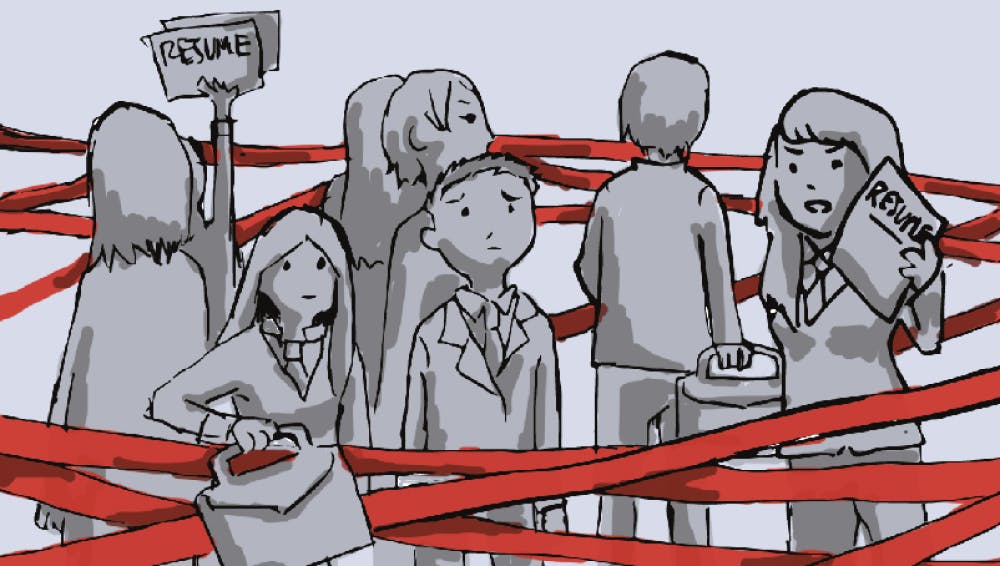 In the wake of Trump’s executive order banning travelers from six majority-Muslim nations and reports of potential changes to visa policies, international students at Rice are left reassessing their ability to stay in the U.S. after graduation. Rice is home to more than 1,600 international undergraduates and graduates from 94 countries, comprising almost a quarter of the degree-seeking population.

“A lot of international students are feeling [these actions] could be expanded to other nations,” Sahai, a Will Rice College senior, said. “Is there going to be a moment when the relationship between the U.S. and my country spoils and I’m going to be restricted?”

According to immigration lawyer Judy Lee, the current situation immigrants and visa holders in the U.S. are facing is more difficult than it has been in the past. Lee recently gave a presentation hosted by the Rice Office of International Students and Scholars about new immigration policies.

“The current challenges are greater than ever because of the focus on compliance with immigration laws coupled with misapplication of the laws, due to the complexity and constant new developments,” Lee said.

Once international students complete their degrees, they can work for one year in a field related to their major under the Optional Practical Training provision of their student visa.

In order to continue working in the U.S., international students must then be sponsored by an employer to enter a lottery for an H-1B visa. Only 85,000 are offered each year from a pool of over 200,000 applicants. Of these 85,000 visas, 20,000 are set aside for those with advanced degrees, further limiting the opportunities for international students to find jobs in the U.S. after earning their bachelor’s degree.

“You have to prove you’re better than basically every American applicant for that job,” Sahai said. “It comes down to the fact that hiring a foreign worker is more expensive. So of course they will hire American workers unless you can prove you provide a unique service or are extremely qualified.”

According to Lee, the Trump administration has proposed legislation to further restrict the number of foreign workers allowed into the U.S. each year. These provisions include doubling the minimum offered wage, which would require companies to pay even more to employ international students and could further disincentivize companies from employing international students, decreasing the total number of H-1B visas allotted annually, and favoring STEM majors and those with advanced degrees.

“On one side, there are those companies that don’t sponsor us, so we don’t look for jobs from them,” Ma said. “For those who do [sponsor], they won’t tell us why they turned us down. We don’t know whether it’s because we are international students, or our English isn’t good enough or our knowledge is limited.”

Noor El Sonbaty, a Will Rice sophomore from Egypt, also said he anticipates potential challenges in his job search after graduation.

“After college, one of the toughest things I’ll be doing is finding a sponsor [for my visa],” El Sonbaty, who studies computer science, said. “But being a student at Rice will give [me] an advantage.”

72 percent of international students at Rice major in STEM subjects, according to the Office of International Students and Scholars. However, those who don’t may find it especially hard to find employment. For STEM majors, the OPT provision of their student visa may be extended for up to three years, which gives them an advantage when applying for H-1B visas.

Amber Tong, a Lovett senior from China, said she understands visa policies favoring STEM careers, although that may put her at a disadvantage.

“I’m frustrated but I can see why it’s a policy,” Tong, an anthropology major said. “They need STEM people more than humanities or social sciences people. It makes sense pragmatically.”

Tong hasn’t found a job yet, but said she didn’t anticipate challenges early in her college career.

“I was very naive [coming in],” Tong said. “I knew I wanted to do journalism, but I didn’t anticipate how difficult it would be to get a job. It’s very hard regardless, but I don’t have the same flexibility as an American student. For me, there’s a very clear deadline by which I have to find a job.”

According to Shirley Jiang, a Lovett College senior from China, she and other computer science majors have an easier time finding jobs in the U.S. than some other international students.

“For computer science, it doesn’t matter much whether you’re international,” Jiang said. “For all other majors, it is hard because companies don’t give visa support and won’t sponsor full time.”

“Rice doesn’t have a very practical major in the social sciences or humanities,” Fang said. “I call them ‘supportive majors’ because you can add them to anything.”

Fang, who will be continuing her education next year at Rice’s Master of Accounting program, said that in contrast to Ma, she was unable to find a job in the consulting field as a non-STEM major.

“I went through five or six interviews [with a company],” Fang said. “Then they said they can’t hire me because they don’t want to sponsor. They don’t know if I’ll get the lottery [for the H-1B visa].”

Jiang agreed many international students major in STEM fields in order to find a job in the U.S.

“Most humanities and social sciences majors double major with STEM,” Jiang said. “You get a job, you get [an OPT] STEM extension and that’s one of the reasons why we’re in these majors.”

Staying in the U.S.

Jiang said the struggle of international students doesn’t end with finding a job.

“It’s also about keeping jobs, because if we can’t get a visa, we can’t stay here, even if a company wants us,” Jiang said. “It’s an ongoing battle.”

Both Tong and Fang expressed an interest in returning to their countries of origin, but only after gaining some work experience in the U.S.

“I want to get more experience here,” Tong said. “If I go home, it will be harder [to apply for jobs here].”

Sahai said international students come to the U.S. to seek out new opportunities, but may struggle accessing them.

“People are coming here because their home countries don’t offer them the same opportunities that America does,” Sahai said. “It’s hard enough to get job and even harder if you’re international.”

Facing barriers to finding and keeping employment in the U.S., Fang expressed doubt that international students can always find success in the American workforce.

“There are some limits we can’t push,” Fang said.