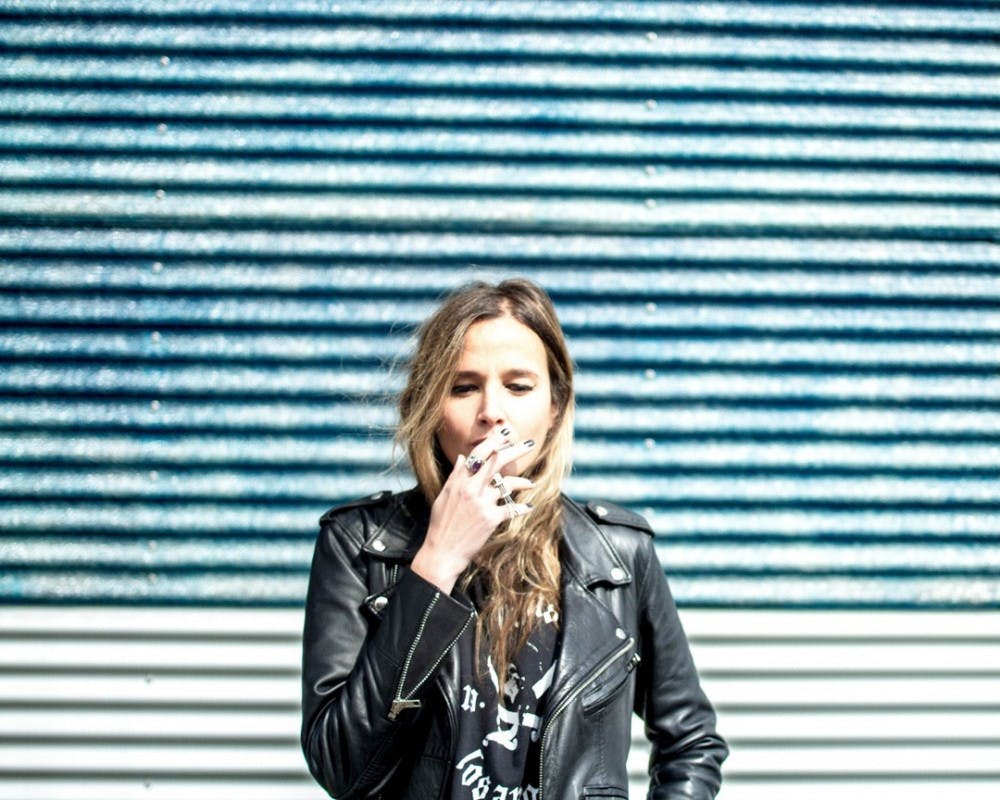 In the French-language horror film “Raw,” writer-director Julia Ducournau uses the taboo desires of cannibalism to comment on sexuality, becoming a woman and the balance of freedom versus control. And what better place to explore this concept than the first year of college, when freshmen are finally away from their parents and free to see what they can get away with?

When we first see Justine, the youngest in a family of strict vegetarians, she’s being dropped off for her orientation week at veterinary college at her parents’ alma mater, where her older sister Alexia also studies. Orientation week becomes more like an anarchic Greek life rush on steroids, as Justine and the other “rookies” are subjected to maddening rituals from getting animal blood dumped on them to eating raw rabbit kidneys. The forced ingestion of the kidney initiates a transformation in Justine. As she develops carnal appetites for both sex and meat, Justine struggles to control her newfound lust, even as she pushes her limits to see how far she can take it.

Appearing in every scene, Garance Marillier as Justine is the lifeblood of the film. Thoroughly convincing in all of the stops on Justine’s journey — from soft-spoken to assertive and hot-blooded, Marillier keeps the changes coming in gradual yet clearly visible increments. Each step adds a piece to the puzzle, making a more complete picture. Watching Marillier as Justine pull off some instantly memorable expressions of heated passion (One face brings to mind a wild cat going in for the fatal bite), it is mind-blowing to think that the same character had such difficulty processing a club party earlier in the film. The film’s other main focus is Alexia, performed by Ella Rumpf, who couldn’t appear to be more different from Justine but, in actuality, might share an incredible amount of similarities with her little sister. With Marillier, Rumpf exemplifies the classic love-hate relationship between sisters, and her character’s arc builds that relationship with the audience too. In one moment, Justine loves Alexia for helping her acclimate to college, and in another, Justine loathes Alexia for pressuring her to fit in. But Alexia, in spite of her thorny persona, isn’t a monster, and that important distinction is where Rumpf’s performance is the strongest.

“Raw” isn’t a film that starts out violent and gory and further pushes itself down a rabbit hole of grotesque extremes. It’s much smarter than that, taking its time to get to the sparsely-used gross-outs. It knows when such visuals will work most effectively. While the film received some press attention at the Toronto International Film Festival for landing several filmgoers in the hospital from passing out or vomiting, that representation takes away from the film’s real artistic vision. The film isn’t actively trying to gross people out. At its core, it’s a story about the unleashing of female desire, traditionally repressed by society, that occasionally uses elements of horror, some of them skin-crawling, to make its point. It’s a horror film that proudly shows its intelligence.

After an especially hairy moment in the film, Justine’s father advises her to never have daughters. “It’s too much work,” he explains. But it guarantees “Raw” will become a story that you can’t scratch out of your memory.