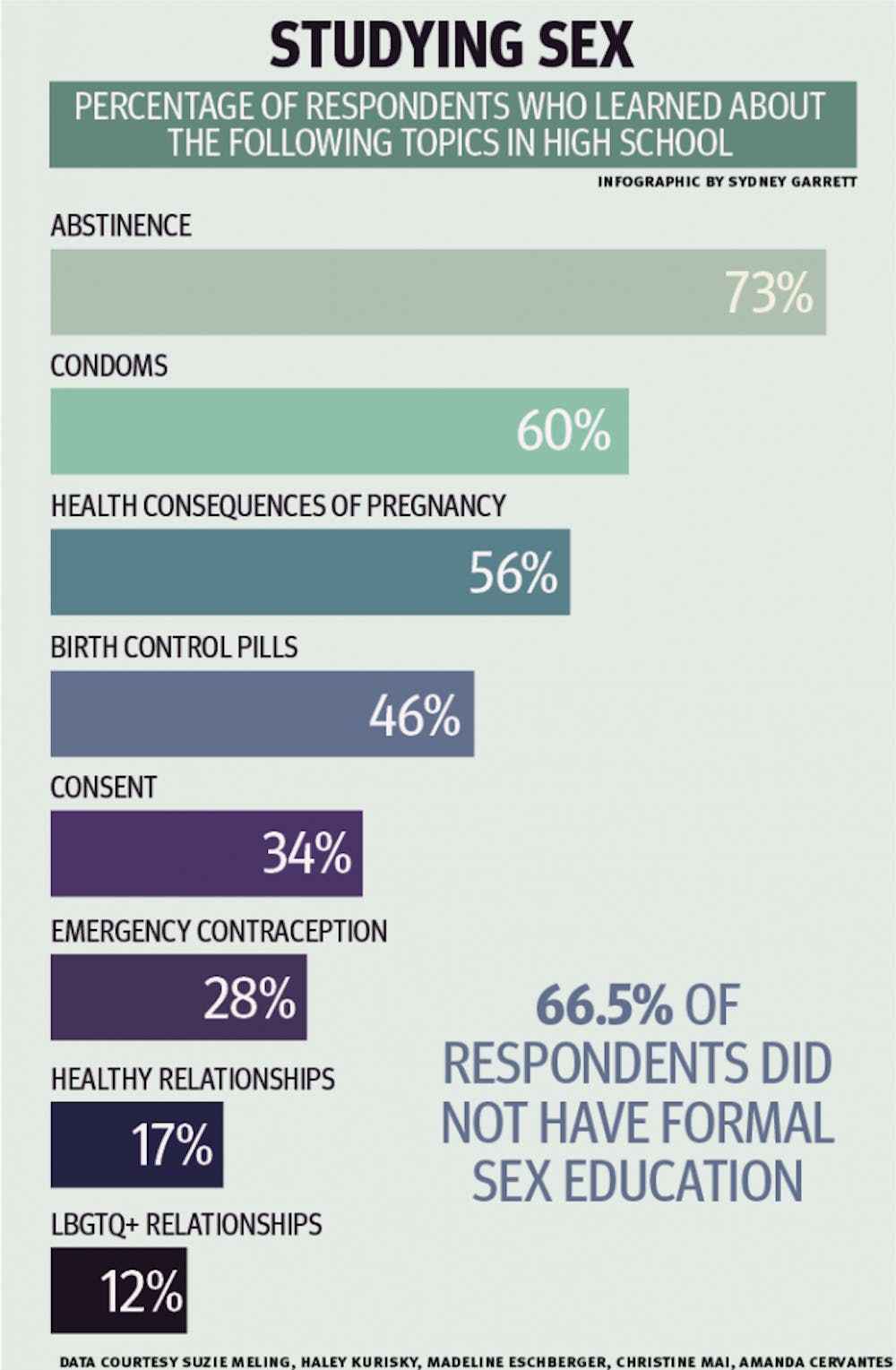 Two-thirds of Rice students did not receive formal sex education prior to attending Rice, according to the findings of a survey conducted by a group of students in Social Problems (SOCI 231). The survey also found 44 percent of the 367 respondents said they or someone they knew had been involved in an incident of sexual assault.

Group member Haley Kurisky, a Baker College junior, said the study aimed to examine students’ attitudes and education levels in light of the decision to create a equired class for new students, Critical Thinking in Sexuality.

Twenty-two percent of respondents said they did not learn about consent at Rice, a number which group member Suzie Meling said included education programs like Project SAFE during Orientation Week.

“This [knowledge gap] is insane because everybody should have learned about consent if they had Project SAFE,” Meling, a Will Rice College senior, said.

The survey received enough responses to make it a mathematically significant representation of Rice, Meling said. However, participants chose whether to take the survey and about two-thirds were female, which may have skewed the results, according to Eschberger.

Group member Christine Mai said that in its number of sexual education programs, Rice has fallen behind peer institutions including Princeton, Brown, Harvard and Stanford, all of which have online classes or forums.

“At Rice, we stress a culture of care in which we look out for one another,” Mai, a Lovett College senior, said. “As a campus, we all have a personal stake in educating each other and making sure we decrease any educational disparities among students – including those among sexual health education.”

Throughout the project, the group communicated with the Wellbeing Center, which plans to use this data to develop the CTIS class and sexual assault prevention programs for O-Week, according to Eschberger.

Eschberger said O-Week programs are particularly important because students need information on consent before encountering situations like Dis-Orientation or public parties, which involve alcohol and a greater risk of sexual assault.

Despite the availability of resources for sexual education on campus, including the STRIVE liaisons, the Health Center and the Women’s Resource Center, many students did not know where to turn for information, Eschberger said.

“A lot of Rice students are afraid to admit if they don’t know something,” Eschberger said. “We want to make it easier for people to have these conversations.”

The sociology group hopes the university will make sure O-Week advisors, Rice Health Advisors and college masters are well informed on these topics and able to help students.

“We like to think that Rice students are very well-educated about everything, but when it comes to sexual health, they are actually very misinformed and don’t know where they should be going,” Meling said.