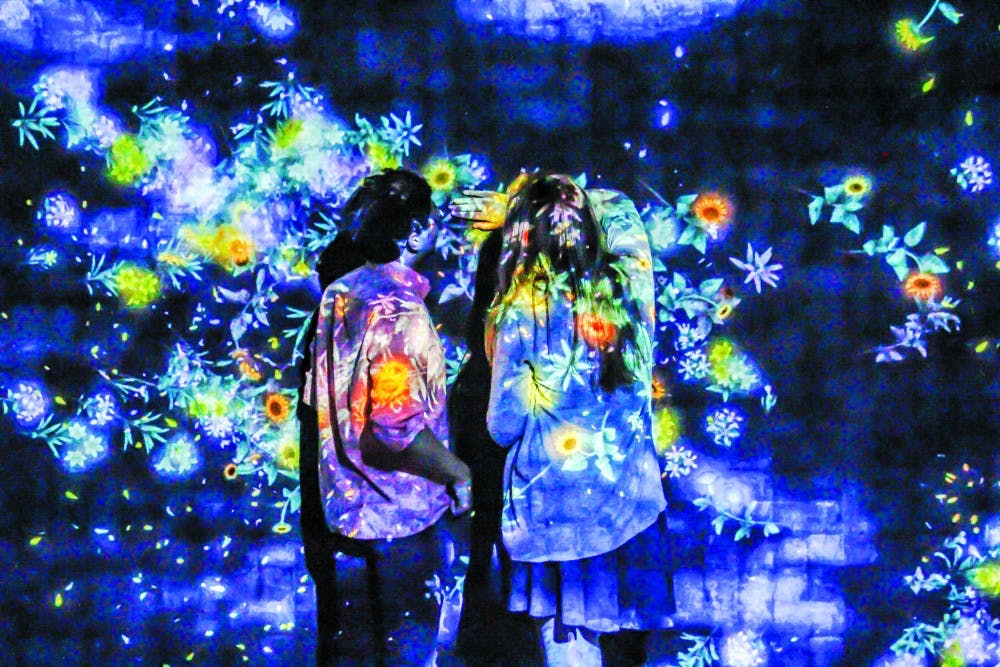 Two weeks after the Moody Center for the Arts’ opening celebration, the center’s planned inaugural performance of the visual and dramatic arts theater department’s production “Proof” was relocated to Hamman Hall instead. This development comes amid greater concern from several VADA students and a faculty member that the center may not serve their needs.

“Proof’s” location change from Moody to Hamman came less than three weeks before its March 1 opening night due to insufficient resources in Moody’s theater, according to director of “Proof” and theater professor Christina Keefe. Keefe said the performance space did not have resources such as a light board, lights, sound board, speakers or a washer in time for technical rehearsals.

Excutive Director of the Moody Center Alison Weaver said these problems were due to unavoidable construction delays.

Weaver did not confirm whether the Moody Center’s theater was initially slated to be finished in time for technical rehearsals of “Proof.” She said the effects of the move on the production were not major.

“They had been rehearsing and planning in Hamman Hall so it actually wasn’t too traumatic to continue in Hamman Hall,” Weaver said.

Keefe said the move was a significant setback for the production, but she remains hopeful for future projects with the Moody.

“[We] have been scrambling like crazy to try to refit a set that was not supposed to be in Hamman Hall,” Keefe said. “We went from three projectors to one. I had to reblock the whole show. The good news is we’re making it work. I’m excited for further projects, it’s just that this was clearly not the time to have this happen.”

Assistant director of “Proof” Roby Johnson said he feels the problems are the fault of oversights on the part of the Moody Center.

“If it was a problem trying to remember us and our program, there should have been multiple people working on it,” Johnson, a Brown College senior and VADA major, said. “I can understand [Weaver] has a big, multifaceted project. She shouldn’t have been doing all of those responsibilities if she couldn’t perform them to the best of her extent.”

Beyond the difficulties with “Proof,” Johnson said he believes more broadly that the center fails to address the needs of what he sees as the underserved VADA department.

“[Rice is] using the Moody Center to make a statement as being this new mecca for the arts when they’re actually systematically neglecting a lot of the arts students on campus and the artistic departments,” Johnson said. “We as a campus need to realize the Moody isn’t here to support us. [It is] here to boost the reputation of Rice, perhaps bring more funding into Rice, but [it] provides little to no direct benefit for any faculty or students.”

VADA studio art major Marley Foster said she believes the Moody Center will contribute to the campus as a whole, but it does not currently support the VADA department.

“The Moody seems great for campus, but its job isn’t to first serve student needs,” Foster, a Wiess College junior, said. “I hope over time its relationship to students and departments as well as its position on campus shift [to] be a resource to accomplish needs of VADA students, while keeping its mission to serve Rice and Houston as a public arts space.”

VADA photography lecturer Paul Hester said he is concerned the Moody Center will not display student art. Hester said this is affecting policy in other buildings, after he was told the Rice Memorial Center will no longer allow exhibition of student art except in Rice Coffeehouse. According to Hester, photography students had previously installed photographs in Farnsworth Pavilion supported by an RMC student grant, but this is no longer the policy.

“I was told student art disturbs visitors to the Rice Memorial Center,” Hester said. “I think that is one of the important functions of art.”

Student Center Director Kate Abad said there have been no recent changes to RMC policy relating to student art. She said the RMC was aware of requests for additional student art space but said the center was under space constraints, and encouraged students to reach out with feedback.

"Years ago art was hung on the walls in Farnsworth, but as our spaces were often rented out for weddings and other events, there were challenges around art aligning with event goals," Abad said. "It became logistically intensive to manage the art in relation to the needs of events being held in the space."

“If the administration were to really practice what they preach in public relation press releases, the VADA department would not be segregated into three remote locations,” Hester said. “There would be a building for students to make and exhibit art. The important, contributing faculty would not be demoralized by receiving teaching contracts for only one year at a time.”

Other VADA students said they feel the development and opening of the Moody Center highlights a continued lack of support for the VADA department.

VADA studio art major Edna Otuomagie, who served on the Moody Arts Council, said she believes the Moody did not meet the requests brought by VADA students, including the opportunity to display their work in the center.

“The issues and desires of VADA students have gone largely ignored [by the Moody] because they do not only want to appeal to one department — their words, not mine,” Otuomagie, a Will Rice College senior, said. “There was discussion that VADA student work would most likely not be exhibited because it was not up to the ideal caliber of the Moody Center.”

Otuomagie said she thinks it is important the Moody display student art to help fill what she sees as an unmet need for VADA students.

“The only place on campus to exhibit our work is Matchbox, which is much too small a space to have a consistent gallery exhibition of VADA students’ works,” Otuomagie said. “It’s also especially humiliating to be told your and your community’s work is not ‘good enough’ or is of ‘low caliber.’ While this type of critique does come with the territory, it would be nice if someone actually cared about the VADA students enough to take them seriously and offer them the opportunities to improve by creating a space for their work to be exhibited and thus critiqued.”

Weaver said student work will be displayed in the Moody Center, but said it is too early to discuss concrete plans.

“We have all kinds of spaces throughout the building where we can display any kind of art, student art or other, and we are planning to do that,” Weaver said. “But we’ve only been open for one week, so I wouldn’t say we’ve finalized all of our future program.”

In response to VADA student and faculty concerns about support and funding for the department, Weaver said she wonders if the department has actively sought funding.

A look back at the Moody’s inception

Caroline Levander, the vice provost for interdisciplinary initiatives, oversaw the Moody Center at the time of its announcement. At the time, in a February 2013 Rice News press release Levander said the Moody would display student and faculty work as well as exhibits curated by Rice. Levander also said the creation of the Moody Center would not affect other campus arts spaces.

“This is all additive space,” Levander said. “We are not getting rid of existing arts space on campus.”

The Rice Gallery, which displays works by non-Rice related artists, will close at the end of this semester and have its role filled by the Moody Center, according to director of the Rice Gallery Kimberly Davenport.

“Our current exhibition will be the final installation at Rice Gallery,” Davenport, who is now chief curator for the Moody Center, wrote in her letter from the director. “Although I am sorry to see this chapter in the Gallery’s remarkable history end, its spirit will live on at the Moody Center for the Arts, where I will serve as chief curator.”

VADA students have expressed concerns with the Moody since its inception, as the Thresher reported in 2013, in an article discussing a Student Association hearing following the announcement of the center. VADA alumnus Grant Raun (McMurtry ’15) said during the earliest discussions of the Moody Center, VADA students had a sense of being excluded.

“[The Moody] felt like a VADA building, but it was not for us, us being the Rice Players, the people in the arts community,” Raun said. “It was a slow [process] where we didn’t totally know what was going on ever. I’m still not sure what’s going on.”

This article was edited to add the comment from Kate Abad.