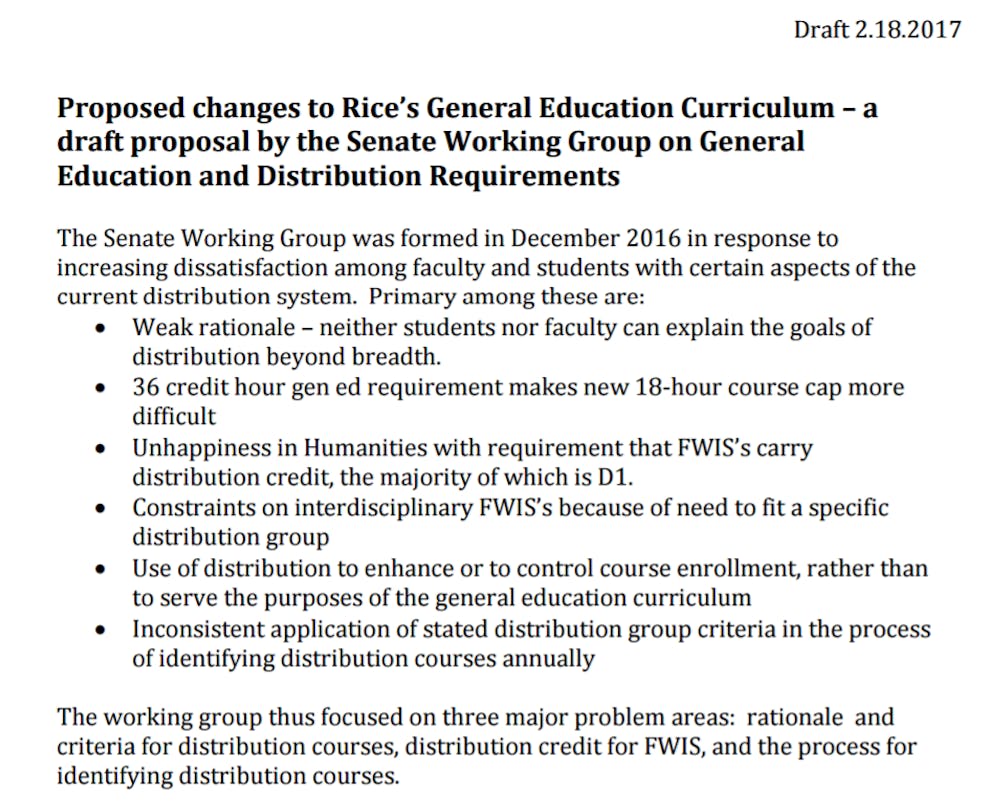 According to the working group’s draft proposal, the group formed in December 2016 due to growing discontent among students and faculty with the current distribution system.

The proposal cites a lack of defined goals, difficulty meeting the 36 hour requirements under the new 18-hour credit cap, an inconsistency in identifying courses for distribution and professors utilizing the distribution classification to influence class sizes as issues with the current system as causes for discontent. In addition, the proposal states that the current requirement for First-Year Writing-Intensive Seminars to carry distribution credit has led to limits on interdisciplinary FWISes and dissatisfaction among humanities professors as a disproportionate amount of FWISes carry D1 credit.

According to Rushi Bhalani, who represents the Student Association on the working group, the language revisions to the Purpose of the Distribution Requirements statement as well as the individual distribution requirement groups serve the purpose of making distribution courses both accessible to non-majors and broad based.

“[Accessibility] does not mean excluding upper-division courses,” Bhalani, a Baker College sophomore, said. “One of the leading maxims we use is: If this is the [only] course a student will take in this department, what would they get out of it?”

“Deans are not paying attention at the level that they should at the moment,” Bhalani said. “Every school has a school course review committee and they have agreed to take on the task of reviewing courses in the school. It’s a much more streamlined process where people inside each school have heard about which courses should and should not be distribution at a comprehensive level.”