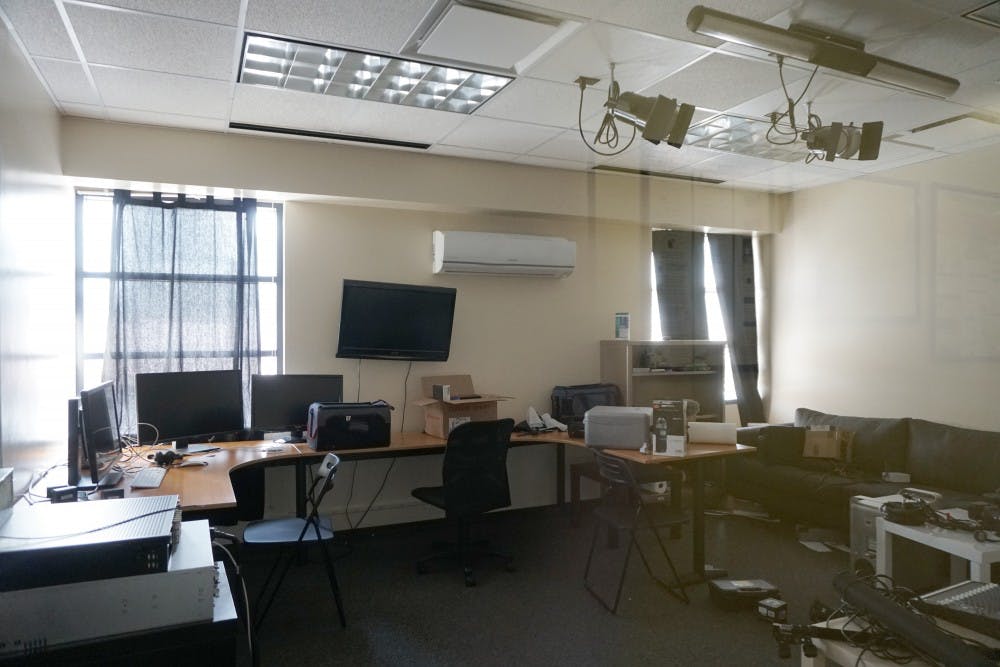 The Student Association dissolved Rice Video Productions as a blanket tax subsidiary organization in a vote that was unanimous except for one abstention. The Monday vote came after Jeremy Kao, the RVP station manager, sent a letter to the SA on Jan. 23 requesting RVP no longer receive blanket tax funds, prompting the Blanket Tax Committee to recommend dissolution to the SA.

RVP’s executive board requested dissolution on Jan. 19, stating it had decided its mission was not limited to serving the student body.

“While we still fully intend to produce media that does entertain and inform the entire campus, it is not our only mission and therefore we feel we should no longer receive priority access to blanket tax funds,” Kao, a Hanszen College senior, wrote in his letter to the SA.

In February 2016, RVP came 19 votes short of losing its blanket tax subsidiary status in a general election referendum, when 65.1 percent of the student body voted to remove RVP but a two-thirds vote was required for removal.

The Blanket Tax Committee had recommended RVP’s removal following a 2015 Thresher investigation into RVP, which prompted the BTC to re-evaluate the organization’s eligibility. In 2016, the BTC found RVP had provided inaccurate budgets to both the Thresher and the BTC, creating the illusion of little to no rollover funding while they had an excess of $5,344. RVP said the budget issues were a result of miscommunication with former adviser Will Robedee.

In 2016, the BTC also found RVP had violated the blanket tax organization criterion of benefiting all students by transitioning from filming student programming events and cultural shows to creating original short films, without polling the student body.

SA Treasurer Maurice Frediere presented the BTC’s 2017 recommendation to dissolve RVP at the SA meeting on Monday prior to the SA’s vote. A student body vote is not needed to dissolve RVP, because this year the organization has chosen to dissolve themselves. In addition to RVP’s letter, Frediere said the BTC’s recommendation was influenced by a decline in content production and a failure by RVP to spend its blanket tax allocation last fiscal year.

However, Kao said there has not been a sharp decline in video production: RVP is projected to produce 10 videos, which is consistent with production level in past years.

“There has been a negligible decline in video production between this year and past years,” Kao said. “We do not upload all the videos we create to our YouTube channel due to copyright issues with putting full performance recordings online, but we have remained productive as a video production organization.”

Kao also said the lack of spending in that time period was not the fault of RVP.

“During the July 2015 to June 2016 fiscal year, a large amount of our blanket tax money went unspent due to issues with our old faculty advisor,” Kao said. “We have since changed faculty advisors and have been able to spend the proper amount of the money budgeted for us.”

“We have used our blanket tax funding over the past few years to build up a collection of high-quality recording equipment,” Kao said. “Due to our careful curation and maintenance of this collection, we currently do not have any immediate need for further equipment purchases that would normally be funded by blanket tax money.”

The one abstention in the SA’s vote on Monday came from Peter Yun, the Hanszen senator who last year served as SA internal vice president.

“[RVP] caused us a lot of trouble last year wanting to be a blanket tax organization and now they come around saying they don’t want it anymore,” Yun, a senior, said. “We worked with them to restructure and help them out and it just felt like a big waste. I wish they’d tried a bit longer at least. It hasn’t even been a full fiscal year so it was a lot of, ‘C’mon, let’s try a little bit harder,’ you know?”

As a result of the dissolution, Frediere said the BTC will repossess RVP’s cash and equipment. Cash will be returned to the blanket tax general fund for reallocation and the BTC will decide whether to sell the equipment or transfer it to other student organizations with the input of RVP.

In his letter to the SA, Kao requested RVP’s physical assets, which includes a drone, a creative video filming kit, professional recording equipment and accessories like lighting equipment, be reallocated to the Office of the Student Media.

“The students at Rice University have invested blanket tax money into that equipment, and we would like it to still be accessible to groups who will serve the student body and to individuals seeking to develop new skills,” Kao wrote.

Kao also said if the equipment were given to the Office of Student Media, RVP would continue to work with the equipment as a student media organization.

“As RVP continues to grow and take on a larger role in the student community, we will reconsider our need to be a blanket tax organization,” Li, a Wiess College sophomore, said.