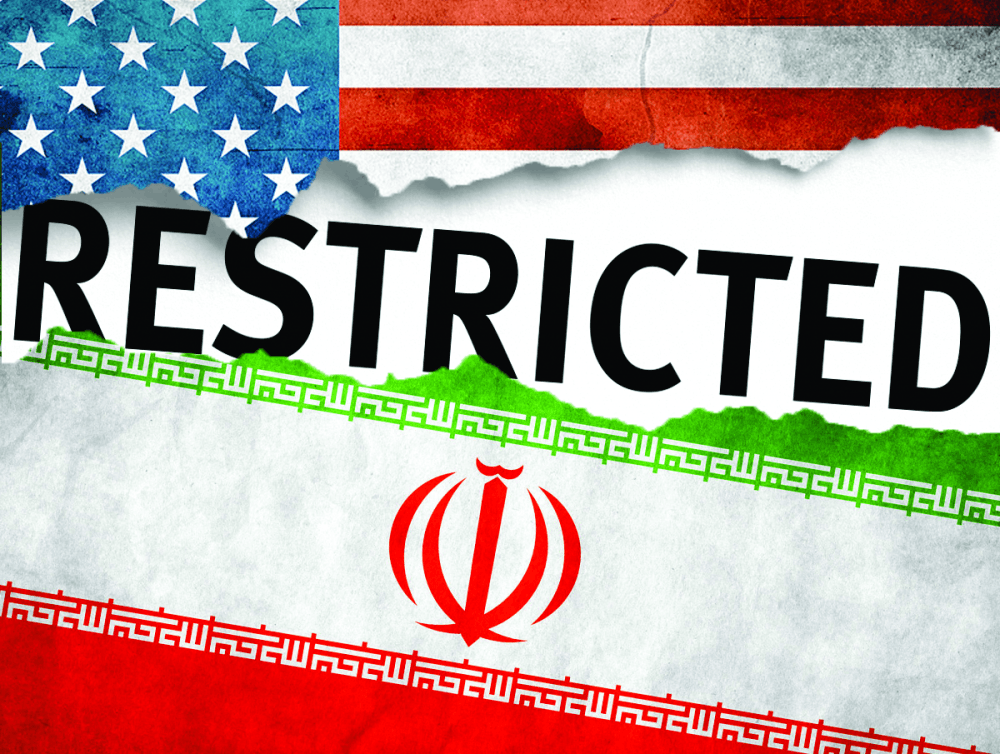 Last year, Iranian graduate student Behnaz was admitted to Rice University’s electrical engineering doctoral program along with her husband, whom she had met five years ago at Iran’s prestigious University of Tehran. Behnaz began her studies at Rice last semester, but her husband’s visa didn’t process in time. Prior to President Donald Trump’s executive order banning immigration from seven countries, including Iran, for at least three months, the couple was hoping his visa clearance process would finish in time for him to join Behnaz. Now, these hopes are dashed.

Behnaz, who wished to only be identified by her first name, isn’t sure if she wants to continue with her doctoral degree, as the new restrictions won’t allow her to see her family and her husband in Iran or for them to come visit her. She is considering pursuing a master’s degree instead, and perhaps applying to universities in other countries.

According to Rice President David Leebron’s email sent in response to the executive order, Iran is the only country of the seven affected that has students enrolled at Rice. The latest numbers published by the Office of International Students and Scholars indicate that in fall 2014, 30 international graduate students were from Iran. Until 2011, Iranian students were only eligible for single-entry visas, unlike students from other nationalities. Once single-entry visa holders leave the United States, they are not necessarily guaranteed a renewed visa to return. In 2011, then-Secretary of State Hillary Clinton announced that Iranian students would become eligible for multiple-entry visas, though only a fourth of Iranian students who applied for these visas received them.

“Going outside of the U.S. is the equivalent of giving up your Ph.D.,” Hamed, a third-year electrical engineering doctoral student at Rice, said.

When the news of the executive order first broke on Friday, many Iranian graduate students expressed disappointment, sadness and doubt.

“Every time I wanted to continue to read a paper, do my project, do my homework, I couldn’t concentrate,” Reza Amirmoshiri, a second-year chemical engineering doctoral student, said. “I was just on Facebook, CNN, Fox News, what’s going on? What’s going to be next? You cannot neglect this news. It’s affecting me, and there are many students just like me.”

Amirmoshiri, who has a single-entry visa, said he was frustrated with being caught in the crossfires of a political battle.

“Why should I be sacrificed because of the conflict between two governments?” Amirmoshiri said. “I just came to study, to learn from my professors, advisors, to do a project, to contribute as a young researcher. It’s not only me, [it’s] any other student. You cannot even find something illegal in their driving records, let alone terrorist attacks.”

Though the Iranian graduate students interviewed in this piece all pointed to what they describe as discriminatory visa policies against Iranians over the past years, Trump’s executive order on Friday has cast even greater uncertainty and disarray over their futures.

“If a student from Iran wants to come for a Ph.D, he’s going to need at least five years [to complete the degree], which means he’s not going to be able to get back to his country and see his family for at least five years,” Amirmoshiri said. “And after five years, I’m not sure what’s going to happen. Is it going to be possible for us to apply for a green card? To find a job position here? [The executive order] has made everything very complicated.”

Hamed attended Sharif University of Technology, Iran’s top-ranked engineering school. He is one of few Iranian graduate students who risked returning to Iran with a single-entry visa in February 2015 for his mother’s funeral. However, his visa reapplication process took four months, causing him to miss a semester of his studies at Rice. Hamed was granted a rare multiple-entry visa in June 2015, and prior to the executive order, intended to return to Iran this summer before his visa expired. He and his wife, another Iranian graduate student at Rice whom he had met at Sharif, were planning on having a full wedding ceremony with their families in Iran. Now, this seems unlikely.

“To summarize my feelings, it’s a combination of being shocked and feeling insulted,” Hamed said. “I feel really sorry for whoever is thinking like this, banning an entire country and labelling them. It’s not right and it’s not fair. There are so many Iranian students in the U.S., and having the right to go and visit their families, and for them to come here and visit them, all of them should have this right. Otherwise, it’s like being imprisoned.”

“You try so hard, you apply for a well-known school in the U.S., you get admission, you enter the United States for a brighter future with lots of hopes, you make a lot of friends here,” Amirmoshiri said. “Then, by seeing these kind of laws, you feel like you are in a big, nice prison. I can’t go to my country, my families cannot come to visit me. It sounds like a prison.”

Shaghayegh, a chemical engineering doctoral student who has studied here since 2012, describes herself as one of the “luckiest” Iranian international students with a single-entry visa, because she managed to travel to Iran in 2014 and have another U.S. visa reissued within a month.

“I decided to take this risk because it was very difficult for me to tolerate being separated from my loved ones,” Shaghayegh said. “Even before this executive order, there was lots of discrimination towards Iranian students without even being guilty of doing something. The time I went back, I felt it was a blessing to have my parents close to me. Nobody can understand how valuable that is, unless they are separated by a rule like this.”

In response to the executive order, Dean of Graduate Studies Seiichi Matsuda and Associate Vice Provost Adria Baker of the OISS sent emails to Iranian graduate students to express their support, in addition to Leebron’s email to the community reaffirming his commitment to immigrant and undocumented members of the Rice community.

“Absent legal compulsion, we will not reveal the immigration status, citizenship or national origin of any student,” Leebron wrote in the email. “I have asked our general counsel to develop a plan to provide legal assistance to any student or employee detained upon entry because they are from one of the seven countries. The plan will include the creation of a fund to support such assistance when volunteer legal services are not readily available or sufficient.”

Outcry over the executive order extended to a national petition signed by nearly 15,000 academics, including more than 50 from Rice, condemning the ban. One of the signees, bioengineering professor Rebecca Richards-Kortum, emphasized the importance of immigrants in academia.

“We need diverse perspectives to solve complex global challenges,” Richards-Kortum said in an email. “This is true across many disciplines — all six of the of the American Nobel Prize winners in economics and science announced in 2016 were immigrants!”

Amin, a chemical engineering doctoral student in his last year of studies, said he finds these statements from university officials to be “heartwarming.”

“It’s good to see people are saying, ‘We love Iranian students, they are of very great value to us,’” Amin said. “I think it would be really nice to see them, especially impactful people and officials, make official moves to let those people who are in charge hear their voices.”

On Monday, Reuters reported the Trump administration is drafting an executive order that could change procedures for issuing H-1B visas to immigrant workers. According to Shaghayegh, the current uncertainty over Iranian students’ visas extends to the job market as well, as she feels that employers may be less inclined to hire Iranians due to the recent developments.

Amin also expressed concern that changing attitudes towards immigrants in the U.S. may affect his post-graduation plans.

“I am worried about what society will look like after this,” Amin said. “So far I had a good experience in Houston. Houston is a really cool city with very respectful people. They’re all very friendly and I like them, but sometimes you get scared. When you see how people are reacting, you see that maybe things are changing, maybe people’s minds are changing.”

While Amirmoshiri is also uncertain as to what the future holds for him, he reflected on the original reason for why he sought an education in the U.S.

“America is the land of opportunities,” Amirmoshiri said. “We came here for a brighter future and that was the only goal.”

This article was edited to remove Shaghayegh's last name at her request, given the sensitivity of immigration information.