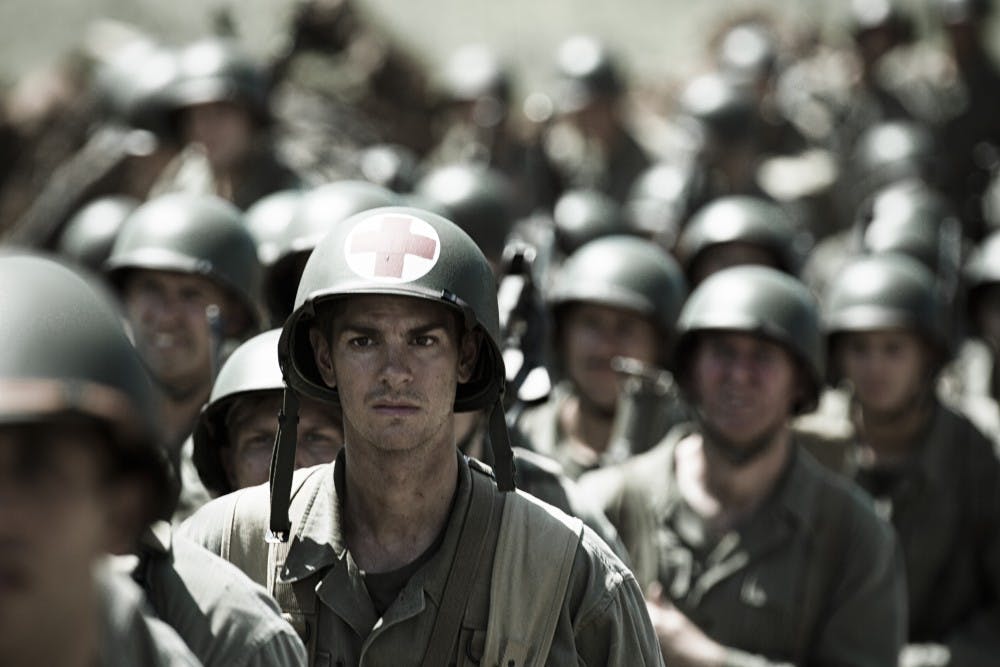 Recently, the idea of “truth” and factual basis has come under scrutiny. It’s no longer enough to label something true, even with evidence, as “alternative facts” are now given legitimacy. The blurring of the line between sensationalization and fact is not a new phenomenon, especially within political media, but it’s something that film can also inherently perpetuate. The “based-on-a-true-story” genre can become a vehicle for simplified narratives that spread harmful generalizations. While these fiction films are celebrated within Hollywood and among critics, they hold legitimate implications and should be called out as such.

2016 films like “Hacksaw Ridge,” about a World War II soldier who never used a weapon, “Patriot’s Day”, the dramatic retelling of the Boston Marathon bombing and the search for those responsible, or even “Sully”, about the pilot who landed the commercial plane into the Hudson without any casualties, become quickly portrayed as history, rarely coming with the caveat that some things depicted are fictionalized to sell. For the real Sully, no ethics committee sought to condemn him, but the director sought to construct a villain through regulation in order to make a compelling story that fits the narrative. While the early disclaimers stating “based on a true story” try to keep ethical issues at bay, they are not entirely perceived as a fictional retelling. Simply put, what is seen is to be believed.

The grey area between historical facts and sensationalized fiction is difficult to navigate. Films like “Hacksaw Ridge” utilize a specific moment in history for a very singular agenda. Mel Gibson uses the heroism of one individual to anchor his film, telling the story of Desmond Doss, an American World War II soldier who refused to carry a weapon but still managed to earn a Medal of Honor by saving dozens of soldiers during the battle of Okinawa. While Gibson complicates the morals of his lead, he simplifies the image of his enemies through the almost unbelievable portrayal of Japanese soldiers represented exclusively as frantically screaming and shooting at whatever moves, presenting damaging images of the other side at Okinawa.

The implications only get dicier through the inclusion of documentary footage of Desmond Doss discussing his actions during World War II. Sections of his interview are written verbatim in the script, playing off the film as though it is a dramatized documentary of Doss’s real-life actions. What about the moral righteousness of Doss and inflammatory portrayal of Japanese soldiers? Do these get credited as Gibson’s own invention, or are they seen as historical? The“based on a true story” label puts these aspects in danger of being seen as historically accurate rather than filtered through the director’s lens.

The use of a fictional “documentary” aesthetic, or weaving fiction and fact into a bizarre tapestry, can blur the two for audience members. While this can be used to incredibly personal effect, in films such as “20th Century Women”, when applied to national or international narratives, the effects are egregious.

Based-on-a-true-story action thrillers, especially movies like “13 Hours” or “Patriot’s Day,” utilize nationally known events to perpetuate and stigmatize certain groups through blatant misrepresentation and othering. In a time when #MuslimBan exists to work against the normalization of political disenfranchisement and fear of specific racial and religious groups, these larger movies exist contrarily to capitalize on them. It is through these larger outlets that the label “true story” is heard by hundreds of thousands of people.

While much of Hollywood and many moviegoers remain distressed at the current political climate and what has shockingly been deemed as acceptable political action, they remain complicit in the segments of popular films that continue in the attack of already targeted communities.

The Oscars, while garnering praise for a more inclusive array of nominees, also honored films like “Sully,” “13 Hours,” “Patriot’s Day” and “Hacksaw Ridge.” Each of these films villainize governmental, racial or religious groups. These are the films that not only gain traction with moviegoers, but with other artists who tweet angrily and make political speeches but also praise these films which perpetuate the very discrimination that they denounce. This is the same group that awarded “Argo” for American bravery rather than critiquing the racial politics at play. If we’re expecting any change in public perception, we must first turn to the popular media that feeds into the distrust of those that the current administration tells us to fear.