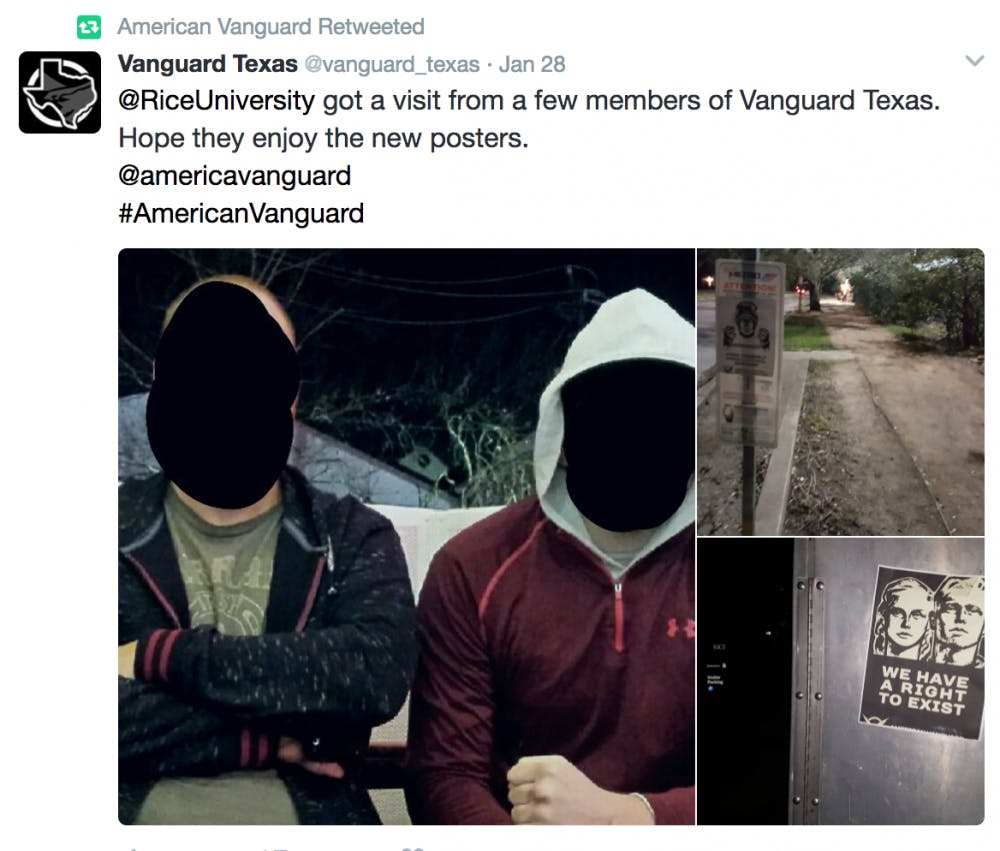 Several flyers supporting a white supremacist organization were posted around the edge of campus over the weekend, Captain Clement Rodriguez of Rice University Police Department confirmed.

A group calling itself American Vanguard claimed responsibility on its Twitter feed for posting the flyers, which contained messages such as “Protect the family: Reject degeneracy” and “Take your country back!” The group’s manifesto on its website reads, in part, “White America is under attack. The true enemy is within our walls, destroying our nation and opening our gates to the millions of outsiders who want to take all that our forefathers have created.”

Rodriguez said RUPD removed two fliers near the Greenbriar parking lot on Friday night and an additional flyer from the corner of Main Street and University Street that was found on Sunday.

“Rice has a policy that prohibits solicitation on campus without permission, so our officers removed two flyers that had been attached to trees,” Rodriguez said.

The organization has been posting flyers on various college campuses for months in what appears to be an attempt to gain attention, with its Twitter account retweeting official responses and news media reports about the flyers. According to the Washington Post, the organization claims about 100 members nationally, and its posters have also been found at the University of Maryland, Emerson College, Purdue University, the University of Central Florida and others. On Sunday, the associated Texas Vanguard Twitter account posted a picture of similar flyers at Texas State University.