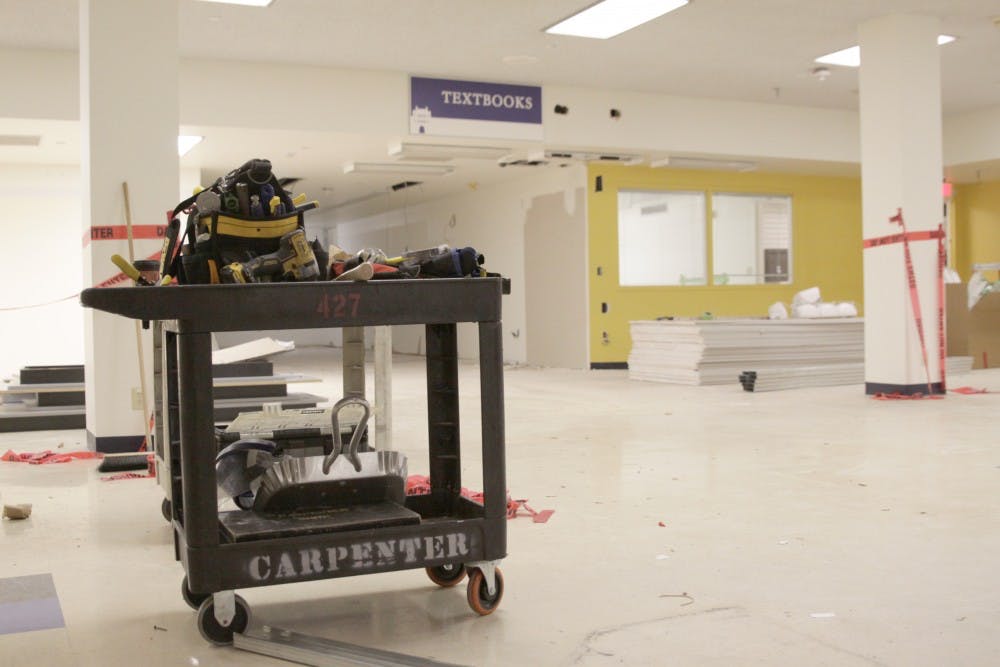 Since the Students of Color Collective proposed a Multicultural Student Center last spring, the administration has been working to make the project a reality.

The administration hopes to open a temporary center in the basement of the campus store in February 2017, according to Associate Dean of Undergraduates Matthew Taylor.

The opening will be followed by the creation of a task force including faculty, students, and staff to engage in a pre-design process, according to Provost Marie Lynn Miranda, who is leading the project along with President David Leebron, Vice President Kevin Kirby and Taylor.

“I want to emphasize that we are in very early stages at this point, although we do have an ambitious timeline for making the multicultural center a reality,” Miranda said.

During predesign, which lasts about four months, an architectural firm will facilitate conversations to elicit ideas and clarify how the physical center can support the needs illustrated by the Students of Color Collective. After that, construction will take at least a year, depending on the design and scope of the project, Taylor said. The permanent center will likely be located on the first floor of the Rice Memorial Center or adjacent to it.

According to Taylor, the project had been considered since a survey conducted last year about student spaces revealed a desire for such a space. When the Students of Color Collective brought it up again, it became a priority.

Due to low visibility and structural issues, the temporary location is not ideal, Taylor said. But the administration decided it would be better to fill the need for a multicultural center now rather than waiting until the permanent center is complete.

“You want to signal its importance to campus by where you put it,” Taylor said.

Up to this point, Clack said she has not been directly involved with planning the Multicultural Student Center, although she would like to be.

“It’s not separate from this office, but it’s being done separately,” she said.

“It would be like saying, ‘Here, we’ve designed this new band hall for you’ without actually asking the director of university bands what they needed.”

Clack said she hopes that once the the temporary space has been established, the administration will involve her more in the plans for the permanent center.

Miranda said the overall goal of the center will be to support and realize the full benefits of the multifaceted diversity of the student body, both undergraduates and graduates.

“We hope to support groups and organizations and to encourage interaction among them,” Miranda said.

There is a feeling across campus that minority students do not have one centralized location, which leads to a feeling of division within an already small community, James Carter, a member of the Students of Color Collective, said.

“The Center stands to help alleviate some of this alienation and marginalization by creating a place to convene and call their own,” Carter, who is also the Chair of Diversity and Inclusion for the Student Association, said.

The permanent center will have a big conference room, a shared workspace that groups could reserve, smaller meeting rooms, moveable furniture and storage, according to Taylor.

According to its website, 10 organizations belong to the Council of Diversity and Inclusion, and these groups could use the Multicultural Student Center to hold meetings and events, Clack said. Given the political climate of the country, students belonging to marginalized groups need a place to go for support and a breathing space, Clack said.

“This [center] promotes more of that intergroup dialogue that we’ve always had,” Clack said.

In addition to improving visibility, the Multicultural Student Center would provide storage space, which is currently a huge issue for cultural organizations, to the point where they end up rebuying the materials for annual shows because they cannot find the materials they used the previous year, Clack said.

Vietnamese Student Association president Thu Nguyen said that since VSA has many props and costumes for the Lunar New Year show, they need a storage space on campus.

“We’ve had incidents where our props overflowed our locker space, and due to some miscommunication we lost them,” Nguyen said.

Although she said had not previously heard of the plan to build a multicultural student center, Nguyen said the center would make it easier for cultural clubs to collaborate.

“Though we currently share the student clubs office across Willy’s Pub, the space isn’t built for multiple boards to have meetings or do prep work for their events,” she said.

While details are still being discussed, Taylor said the broad consensus on the center’s importance gives him confidence.

“Even though we can’t know exactly what will result, we can be certain that the process and results will honor the values and practices that make Rice such a special place,” Taylor said. “To me, that means the involvement of many offices and voices and, above all, a partnership and sense of shared enterprise between students and administration.”