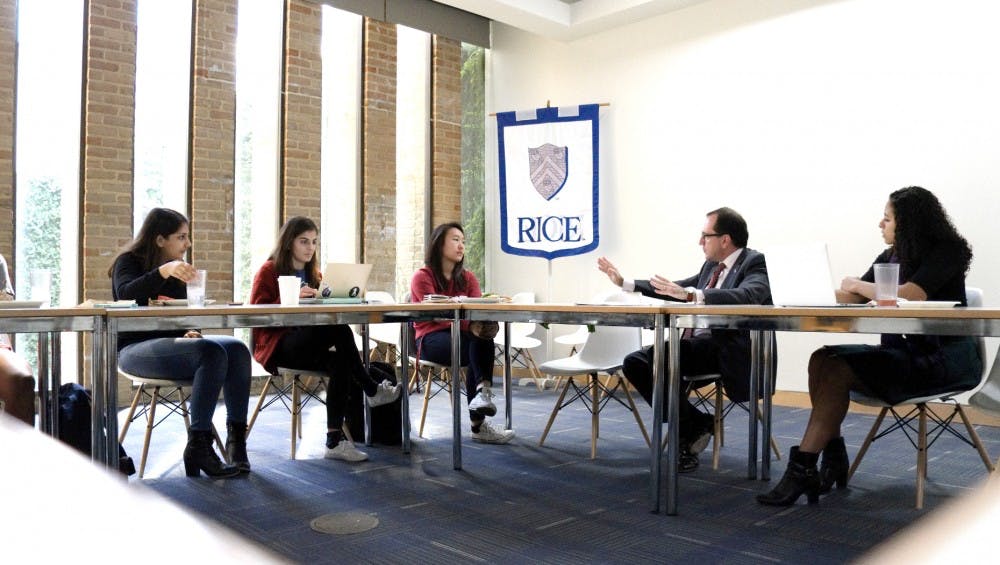 Rice University’s School of Social Sciences recently proposed several changes, including an overhaul to the policy studies major, a new neuroscience major, changes to the pre-law program and a consolidation of quantitative social science coursework.

Dean of the School of Social Sciences Antonio Merlo has spearheaded the reforms and conducted open meetings with the Social Sciences Advisory Board members and other students in the social sciences to receive feedback.

“Many students at Rice are interested in social entrepreneurship and are considering pursuing careers in the nonprofit sector, so this will be a structured way of gearing a major towards them,” Merlo said. “This is our chance to create a new major that will really focus and channel the energies of students interested in certain areas towards their goals.”

Manika Daruka, a Lovett College sophomore who is considering a major in policy studies, said she was excited by the policy major reforms.

“I actually really like the changes proposed because I think it will add more structure, and I hope that it will also allow our understanding of policy to really develop,” Daruka said. “Also, I like how Dr. Merlo is planning on expanding it to social policy, so it will apply to a variety of different work environments and not just the government.”

Olivia Aguilar, a cognitive sciences major and co-chair of the SSAB, said she would have been more inclined to major in neuroscience had it existed her freshman year.

“Cognitive sciences and neuroscience are very different, one being social science based and very interdisciplinary, and the other being very biologically and computationally based,” Aguilar, a Baker College senior, said. “This distinction naturally led to having two separate programs.”

An unstructured pre-law program at Rice led the Schools of Social Sciences and Humanities to team up and solve this issue.

One of the major pre-law reforms discussed by Merlo is the addition of a practicum pilot that will launch in the spring, allowing select students to take a course, then shadow a judge or lawyer.

Merlo said redesigned quantitative social science courses will deliver a wider breadth of information while also being higher quality. Additions will include a computational course on coding R, java and python, a course on survey design and implementation and a broader course on statistics for social sciences.

“The reorganizing of methods courses within the school is one area that I’m very excited about,” Merlo said. “It goes hand in hand with the overall initiative at the university level to focus on data science. This is a great opportunity to explore all the tools you need to study social sciences.”

According to Merlo, there has been positive feedback from all parties when discussing these reforms, which could signal a beneficial outcome.

“There’s equal excitement coming from my departments and from the students,” Merlo said. “We want to give our students strong foundations in quantitative and qualitative research methods.”

Meghana Gaur, a Lovett sophomore and member of the SSAB, said she is satisfied with the proposed reforms and their potential to improve the social science program.

“The initiatives recognize the need to possess valuable quantitative analysis skills,” Gaur said. “Dr. Merlo and the SSAB are serious about improving the quality of the curriculum.”