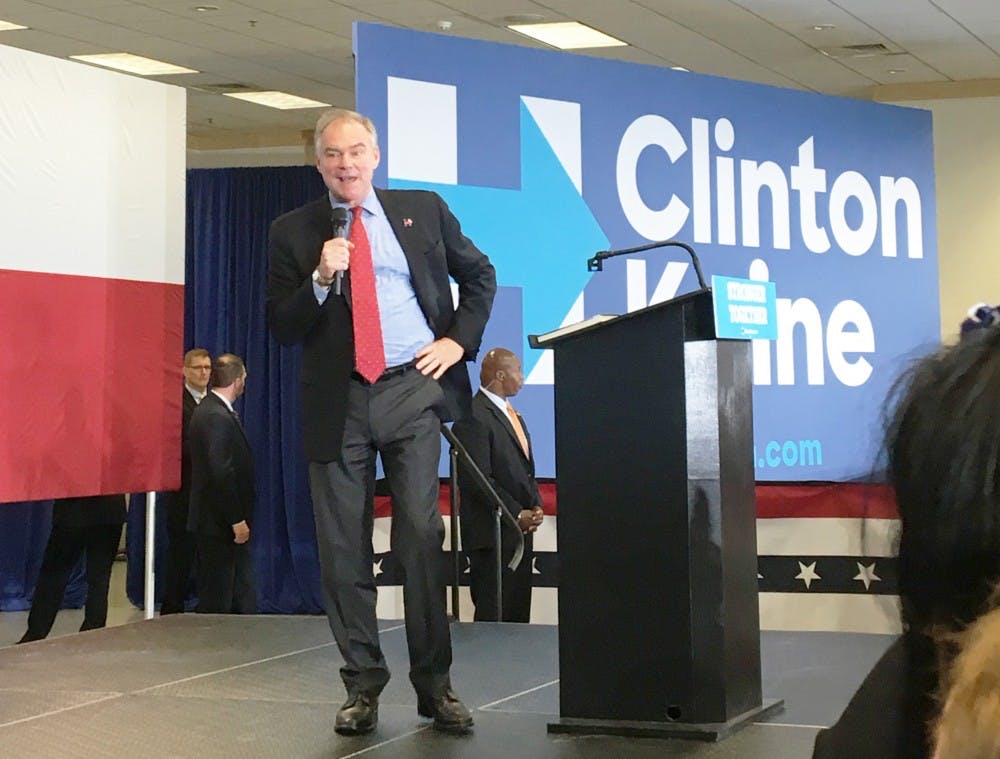 A group of Rice students attended the event, including officers from Rice Democrats and Rice Students for Hillary.

Rice Democrats and Rice Students for Hillary President David Cirillo said he believes it is important for Rice students to attend political events that they feel passionate about.

“I think this is a really great way not only to bond with other students of similar interests, but also to form a collective action,” Cirillo, a Sid Richardson College junior, said. “It’s a way that citizens come together in order to create change and to not only promote a candidate, but to promote ideals and politics at a mass level.”

The event kicked off with a slew of introductory speakers. Cecil Roeger from the Dominican Sisters of Houston and Rosie McCutcheon from the Texas Organizing Project both offered opening statements, while Houston councilman Bob Gallegos and Texas state senator Sylvia Garcia promoted presidential candidate Clinton.

Representative Sheila Jackson Lee, a Democrat from Texas’ 18th congressional district, which serves inner cities in Houston, also made an appearance at the rally, where she introduced Kaine.

“He is the real deal and a human being,” Lee said, “One that is going to be the kind of vice president that is going to walk hand-in-hand and will reach out his hand to all the people of the United States of America.”

When Kaine took to the stage, he emphasized Texas’ potential as a Democratic stronghold, much to the excitement of the audience.

“We take Texas very seriously, Hillary and I do,” Kaine said. “We look at what you’re doing, especially here in Harris County, and we are very, very proud of it. We can see the spirit, we can see the energy, we can see a state that has been a red state moving in the best direction.”

Kaine highlighted his and Clinton’s strategy to win the White House. He outlined three main points in his speech: his pride in running with Clinton, what’s at stake in this election and how Democrats can win.

Kaine drew on his personal experience in politics to explain his support for Clinton, speaking about the role women played in his career.

“I’ve now been in politics for 22 years,” Kaine said. “It’s been strong women who have enabled me to do all that. I am one strong man who is very excited to support a strong woman.”

Throughout his speech, he reminded the audience of the key role Texas and Houston Democrats play in this election.

He referred to Texas Democrats as “underdogs” who have a fighting chance at winning.

“But, if you kept that in your head: ‘I’m the underdog until they call me the winner,’ that’s the discipline that you need to do the best work,” Kaine said.

Alex Bergin-Newman, vice president of Rice Students for Hillary and financial director of the Rice Democrats, said she enjoyed the rally for its positive vision and rhetoric.

“I really like the stress on inclusiveness that he had,” Bergin-Newman, a Wiess College junior, said. “It just gave me hope for the future.”

Kaine will continue campaigning in Florida later this week.