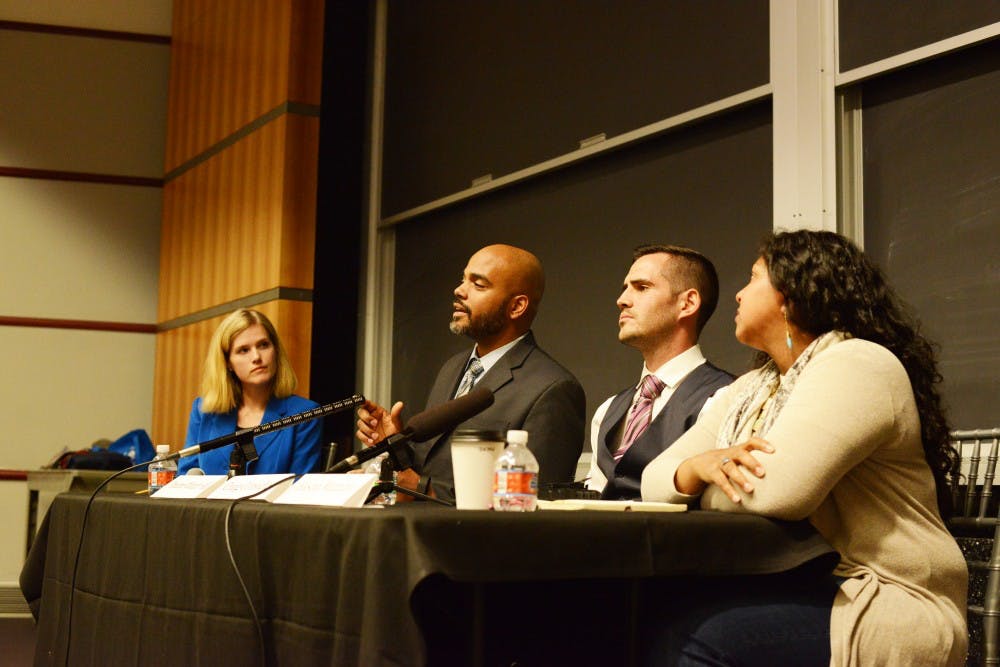 The Religion and Public Life Program held a panel in an effort to address common misconceptions about the Islamic faith on Thursday. The panel consisted of three guests: Imam Wazir Ali, the imam of two mosques in Houston; Craig Considine, lecturer of sociology at Rice University and M. Hasna Maznavi, founder and president of the Women’s Mosque of America.

Pamela Prickett, a postdoctoral fellow in the sociology department and the event moderator, said the aim of the panel was to provide a platform to discuss the plurality of Islam.

“We thought it was important to have a different set of perspectives from what we conventionally hear in the media,” Prickett said. “[The panel is] geared toward everybody. We want to bring people in from all over the community.”

About 200 students and community members attended the event. The panel covered issues ranging from the intersectionality of race and Islam, to the diversity of ideas present within the religion. Wazir Ali described the Islamic faith through more personal eyes.

“We accentuate the things in religion that address our immediate challenges,” Wazir Ali said. “Much of the Islamic tradition I come from drew very heavily on Islam’s tradition of social justice.”

Maznavi said she feels the idea of the Women’s Mosque, which she founded in 2015, does not go against mainstream ideas of Islam. Maznavi described the Women’s Mosque as an avenue through which women can engage in leadership roles in the Islamic faith.

“That’s what the Women’s Mosque is,” Maznavi said. “It’s a stepping stone, it’s a bridge, it’s a place to experiment and try out things that women haven’t had the chance to do just because it is more daunting when it’s a coed space.”

Maznavi also tackled the more difficult questions that arose regarding extremist attacks that have captured the media’s attention of late.

“ISIS and Al-Qaeda are to Muslims and Islam as the [Ku Klux Klan] are to white people,” Maznavi said. “You’re asking Muslims to respond for crazy people. I would never go up to a white person and say, ‘What’s going on with the KKK?’”

Prickett said she was enthusiastic about the central theme of the panel, diversity across Islam, and how it came across.

“There are so many perspectives and experiences under this very broad category of Islam and Muslims,” Prickett said. “We all just need to be willing to start asking more questions in intelligent ways.’”

The panelists agreed more education was an important way to destruct some common misconceptions about Islam.

“Muslims were on this soil before the United States even existed,” Considine said. “It really starts in the educational system — I don’t see where else it can start.”

Makenzie Drukker, a McMurtry senior, said she enjoyed the panel.

“I’ve discussed stereotypes against Muslims in several of my classes, but I liked hearing the perspectives of practicing Muslims and a professor who has done field work regarding stereotypes,” Drukker said.

Prickett said she was satisfied with the event turnout.