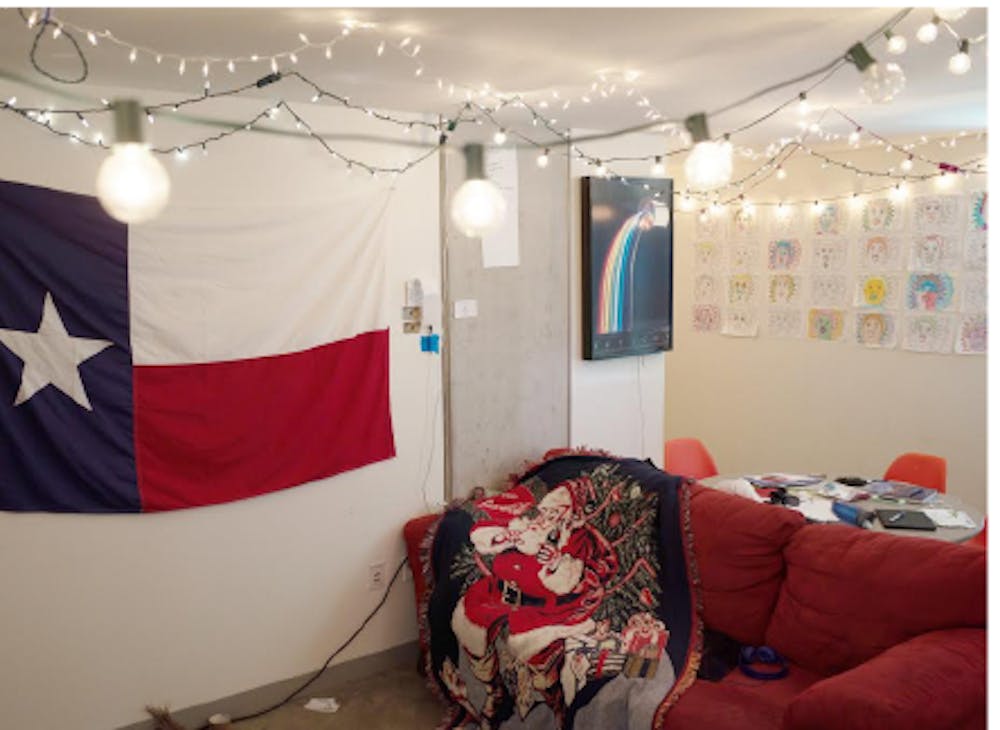 For the first time, Baker College’s annual tradition of throwing a Christmas-themed private party in September took place as a public party instead. The event was registered with Student Judicial Programs and held last Friday in Baker’s Presidential Quad. Partly as a result of the discussion surrounding “Baker Christmas,” Dean of Undergraduates John Hutchinson has decided to reconvene the Alcohol Policy Advisory Committee as per the Rice University Alcohol Policy. APAC was last convened three years ago when it recommended the ban on hard liquor.

According to Baker President Paul Dingus, the Christmas party that took place last year was a private party that essentially turned into an unregistered public, putting it well outside the boundaries of a sanctioned social gathering under the alcohol policy. Dingus, a senior who previously served as college chief justice, met with SJP last fall, then again with a group of Baker students last April, to discuss plans for a Christmas party this year that SJP would sanction.

The original plan for this year’s party, according to Baker Chief Justice Jahid Adam and Baker Socials Committee Head Madison Nasteff, was to throw a Baker-only public event on the fourth floor of the college’s “New New Section” dormitory. Baker Socials Committee Head Serena Agrawal said by limiting attendance to Baker students, they intended to ensure a safer party than the usual “university-wide rager.” According to Dingus, the Baker student leadership submitted the registration form for this new plan early in the week prior to the event, and they incorporated some feedback from SJP on changes to make. However the day before the party was scheduled to occur, they received an email from Director of SJP Lisa Zollner indicating that the plan created at that point was not feasible. Thus, the student leadership re-registered the event as a campus-wide party that was approved by SJP with hours to spare.

“Getting an email basically disassembling your event plan 24 hours ahead of time is not an easy thing to deal with and puts a lot of the onus on the students to maintain the safety and culture of their college,” Dingus said. “Which is not completely fair seeing as how much effort we put into trying to make sure that this event happens well with the participation of SJP and other members of the administration.”

According to Zollner, Emergency Medical Services and Rice University Police Department were among the groups that had concerns with the original plan to host the event in one of the dorms.

“Everybody who's a stakeholder who has an interest in reviewing event plans was deeply concerned and thought that this party should not take place in the way that it was described,” Zollner said. “I heard someone communicated with Environmental Health and Safety who said the space the students were planning for was meant to hold up to 44 people. The event proposal said they'd have up to 200 in this space. RUPD was very concerned about this with alcohol being in a private space.”

Zollner said misinformation and factual inaccuracies as well as miscommunication between the students and other stakeholders involved was part of the reason why the final decision from SJP on a Baker-only party came relatively late. Some Baker students, though, expressed frustration with the process. Baker External Vice President James Long said students cooperated with SJP but the results ultimately didn’t show for it.

“We tried to work with SJP very closely to pull this party off in a safe way and instead of supporting us or affirming our decision to be open with them, they kind of punished us for being open about how we're going to throw this party,” Long, a senior, said. “I feel like that's not the way you protect student well-being, especially at an organized large party like this.”

A new kind of public?

Though Baker ultimately threw a public party in the vein of the usual publics thrown at other colleges, the conversations around hosting a public event with limited attendance (in this case, specific to one college), have raised questions about the possible variety of alcohol-related social events permitted under the alcohol policy.

Dingus said he believes SJP-sanctioned events with alcohol tend to fall into two categories: either small events with low staffing such as “Keg in Quad” or large, campus-wide public parties. In trying to craft a new type of public event for Baker Christmas, Dingus said he was trying to find a happy medium between the two norms.

According to Zollner, such propositions are feasible so long as certain aspects of these events (for instance, more specialized wristbands for attendees) are well thought-out. She said she is keen to see registered social events involving alcohol that are tailored to specific student interests, as opposed to run-of-the-mill dance floor publics.

“I really like the idea of registered public events that may include the availability of alcohol,” Zollner said. “If that were to start happening, parties around a particular theme or area of interest, I think it would be great for the community.”

Rice’s Alcohol Policy calls for the Dean of Undergraduates to convene APAC as a means to periodically solicit input and revision; the last time APAC convened in February 2014, the group recommended the hard liquor ban, among other changes. Each residential college will be represented on APAC by either their president, Chief Justice or a master.

Hutchinson said he has called for APAC to reconvene, hopefully beginning next week, to reassess the goals and implementation of the alcohol policy. He said Baker Christmas’ registration process has raised questions surrounding public event registration and general standards for public events.

“I think the spirit of the conversations that happened around the Baker Christmas party was toward that end,” Hutchinson said. “Are we actually meeting all of the expectations for doing a public event even if it is intended to be on a smaller scale than what might have been a typical college-wide party in the commons?”