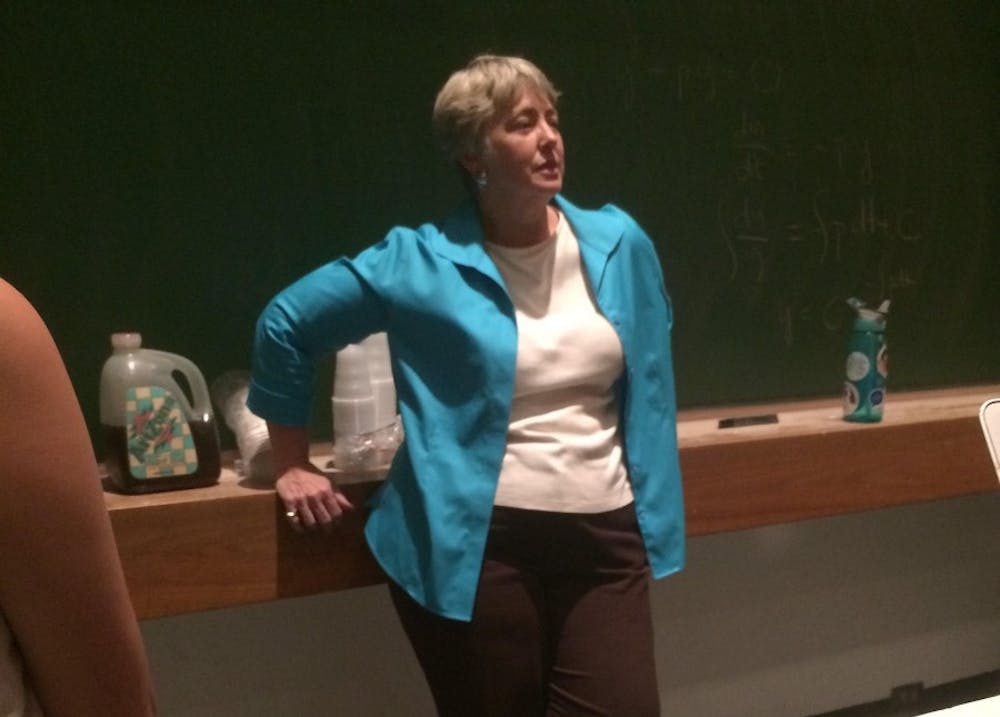 Former Houston Mayor Annise Parker (Jones ’78) strongly encouraged students to get involved in the political process at the Rice Democrats and Rice for Hillary’s first meeting of the year on Sept. 14. Parker, who is now the inaugural fellow at the Doerr Institute, served as mayor for six years. Throughout her speech, she spoke regarding the upcoming election and local politics.

“You’re going to have a disproportionate impact, because so few people participate in the process,” Parker said. “Not enough of us vote, but fewer of us take the time to get engaged with candidates and campaigns. In order for our democracy to function, it requires people to be informed and engaged, to contribute ideas and energy into the system.”

The Rice Democrats and Rice for Hillary President David Cirillo organized the event and stressed the importance of the upcoming election.

“We got [former] Mayor Parker because we really wanted someone to inspire people,” Cirillo, a Sid Richardson college junior, said. “It is very important to get people involved in the Rice Democrats and politics this election season, because not only is it a presidential election, it’s also an election of ideals. This is an opportunity to get Democrats elected statewide and at various levels of government.”

Parker mentioned the presidential election in her speech as another reason to get involved and spoke of the difficulties in running for office as a woman.

“We’re not going to take [Trump] for granted,” Parker said. “Hillary Clinton is the most qualified person to run in modern times in terms of depth and breadth of experience. I’m concerned she’s not getting the credit she deserves. [...] The pressure for male candidates isn’t like that.”

“We have a lot of apathy within the younger generation, but we really need to get young people in Houston especially energized,” Cirillo said. “It’s really important to get people involved, to get them registered, to get them to care.”

Franz Brotzen-Smith, a Brown College freshman, advised any student looking to get involved to actively participate in events.