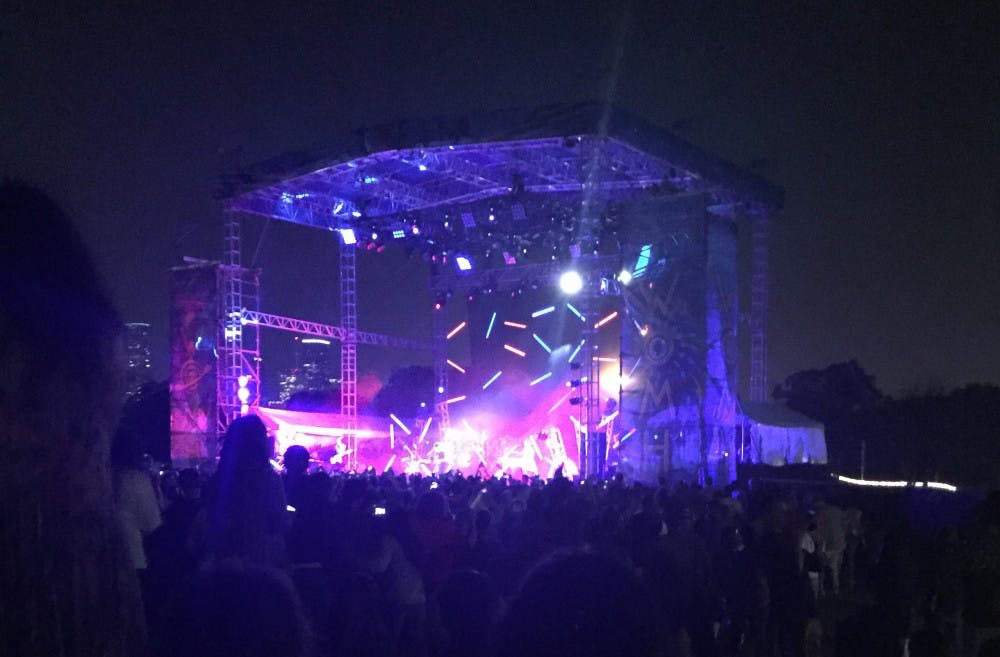 Houston concertgoers craving an authentic live music experience will be pleased with the latest addition to the local concert scene, the White Oak Music Hall, which celebrated its inauguration on Saturday, April 9 with French indie-electronic outfit M83.

Owned and operated by the independent concert-booking outfit Pegstar productions, which is responsible for Free Press Summer Fest, WOMH aims to be a storied name in the future of Houston live music culture.

WOMH was designed by Rice’s own architecture professor Troy Schaum, who spoke to the commissioners’ aim to capture Houston’s civic culture in the venue.

From EDM to country-western outfits, the venue is expected to host a myriad of artists and musical genres on its multiple stages. Upcoming artists include Chvrches, We Are Scientists and the Lumineers, among others.

WOMH also boasts the “Raven Tower,” originally built as a metal fabrication shop in the 1970s with an attached “bachelor’s pad” high-rise retreat. The reconverted space is now home to an icehouse, a patio and live music. The site even promises to take you up to the historic hangout pad, “if you ask nicely.”

WOMH spans five acres adjacent to the Bayou in Houston’s Near Northside in what was previously a sleepy residential neighborhood. Despite its odd location, the venue is easily accessible via the Metro light rail (red line) stop at N. Main and Quitman.

In constructing the space, Schaum stressed the importance of using local, simple materials in order to tie the venue to the natural landscape on which it is built.

According to Schaum, WOMH’s intention is to prioritize the relationship between artist and the concertgoer.

“A lot of music clubs become these formulaic notions of what a particular musical experience could be, and this is something we wanted to avoid,” Schaum said.

Indeed, attending a concert at the White Oak Music Hall feels nothing like your average weekend concert scene.

Sitting on a grassy knoll overlooking the 40-foot by 40-foot outdoor stage, with the cityscape of downtown Houston behind it, the outdoor experience is more akin to attending a summer music festival.

On a warm Saturday night, as I swayed to the synth-tinged beats of M83 from my perch on the hill, I felt especially connected to the space of a Bayou and Houston as a whole — a rare sentiment in a city that can sometimes feel more sprawling than Los Angeles.

All I can say is Austin better watch out: Houston is slowly but surely staking out a spot at the forefront of the live music scene.