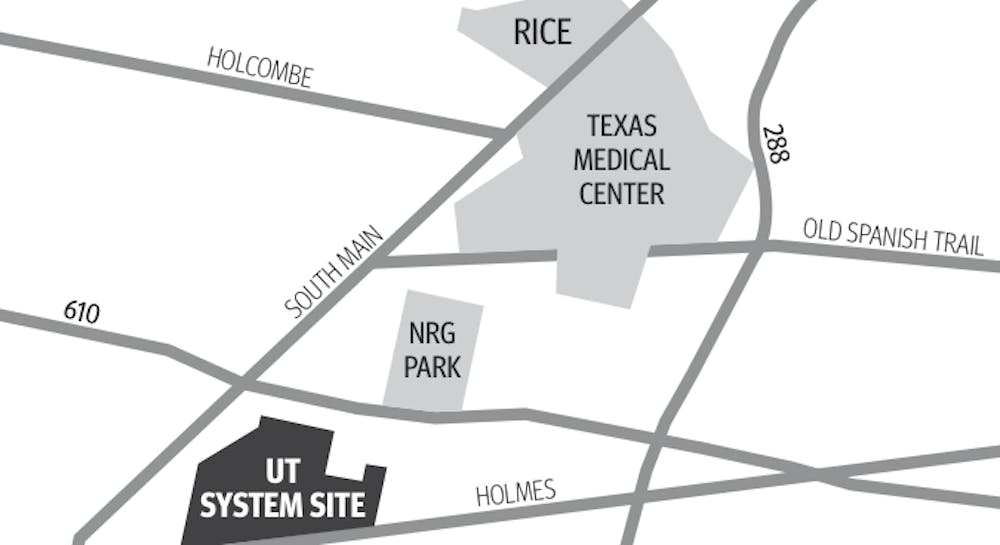 Both Texas A&M University and the University of Texas are considering plans to create new facilities in Houston, according to public statements by A&M President Michael Young and UT Chancellor William McRaven.

In November, McRaven presented a plan to the UT Board of Regents which included a Houston expansion, though not a full new undergraduate school, as one of its eight main initiatives.

“This will not be a University of Texas at Houston,” a document outlining the plan said. “Rather, it will be an ‘intellectual hub’ for UT, an opportunity for all our campuses to take advantage of the Houston professionals in [various] fields.”

In accordance with the plan, UT has bought over 300 acres of land near Rice, south of the Texas Medical Center. The University of Houston has opposed the development, with its Board of Trustees making an official protest of the move.

“This effort will be decades in the making but will help drive our [UT] System to the very top tier in the nation, while at the same time allowing us to build partnerships with industry and the other great academic institutions in the area,” McRaven said.

Meanwhile, Young said A&M was also looking at expansion ideas, according to the Houston Chronicle.

“We’re in the midst of thinking through this strategic plan of how do we best serve the state,” Young said to the Chronicle’s editorial board, according to a Chronicle article.