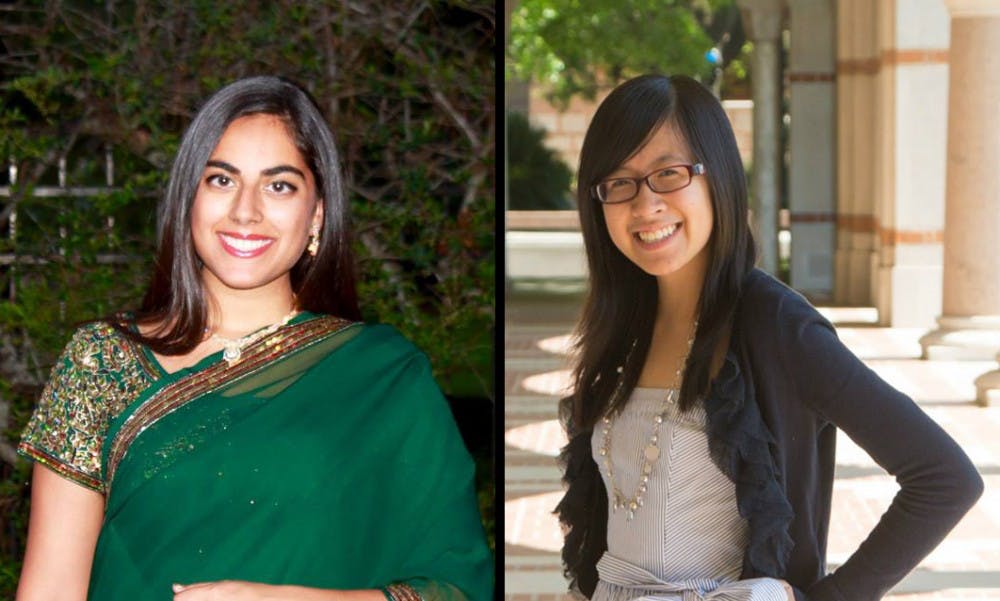 This is the second campaign for RPC president for Nghiem, a McMurtry College junior. Last year, she lost to current RPC president Dixita Viswanath by five votes out of just under 1,000 votes cast. Nghiem said her loss and additional experience have taught her lessons that she believes makes her a stronger candidate.

“I was disappointed in myself for not putting myself out there more,” Nghiem said. “I do feel like I have so much more experience now, and I’m so much more confident in my ability to lead this organization. My loss and experience on the [RPC] executive board this year have definitely prepared me to be president.”

Khan, a Jones College junior, said she and Nghiem come from similar RPC backgrounds, as Nghiem was socials co-chair her sophomore year. Khan said she successfully worked as co-chair this year to take student input and publicize events. She also noted her experience as Jones’s RPC representative and Beer Bike coordinator. Khan said organization is one of her strengths as a leader.

“It’s so important to have a plan,” Khan said. “Even if you deviate from it a little bit, have some contingency plans open.”

Nghiem’s experience with the social committee included being a member, co-chair and finally executive liaison this year. When she was co-chair, Nghiem said she contributed to increasing Esperanza attendance 45 percent and Rondelet attendance 100 percent.

“The new president going in needs to have that organization-wide experience, which I have as external vice president,” Nghiem said. “Iman has that very limited experience as a socials co-chair, and I have that experience as well.”

Nghiem said she had new initiatives as co-chair, such as contacting the Queer Resource Center to make the Crush Party survey more inclusive.

“When I was co-chair, we definitely had a moving-forward vision,” Nghiem said. “This year, there’s been a lot of maintaining the status quo.”

Nghiem said creating change is an important part of her platform.

“It’s complacency to keep things the way they are right now,” Nghiem said. “We really need to push forward with tangible, concrete goals so that we are able to move forward as opposed to just staying where we are.”

Khan said her plan for next year is to build off of Viswanath’s initiatives.

“I think [Viswanath]’s presidency has been excellent,” Khan said. “She’s really taken over and kept everyone on track. I think it’s taking these successes and continuing on into the year.”

Khan said creating new events is a major undertaking, but possible with planning. She mentioned RPC’s Night Owl Antics, Passport to Houston, and concert committees as having opportunities for new or modified events. According to Khan, using student input is vital.

“A lot of what I want to do is basically to let people who want to get involved in RPC contribute and help grow this organization,” Khan said. “We have all of these people with so many different backgrounds coming in.”

Khan said she would not interfere with individual committee roles, but would work to improve communication with and between committees.

“We need to be facilitating more interconnection between committees,” Khan said. “The way the committees are structured right now works great. It’s really important to have the structure.”

Nghiem said her platform focuses on specific rather than general ideas, as compared to Khan’s.

“I’ve learned to come in with concrete goals,” Nghiem said. “I feel like I did last year what [Khan]’s doing now, essentially come in with these big, vague ideas of what I wanted to happen.”

Nghiem’s platform also emphasizes responsiveness to student feedback. She said she would implement changes to the current student feedback process and increase transparency, such as by making results of student polls regarding RPC events public. She said she has proposals for new events and changes, including collaborating with the Graduate Student Association on Welcome Back Day and implementing Night Owl Antics events that have been successful in the past.

Both candidates agree that there are many ways to add to RPC’s existing programs.