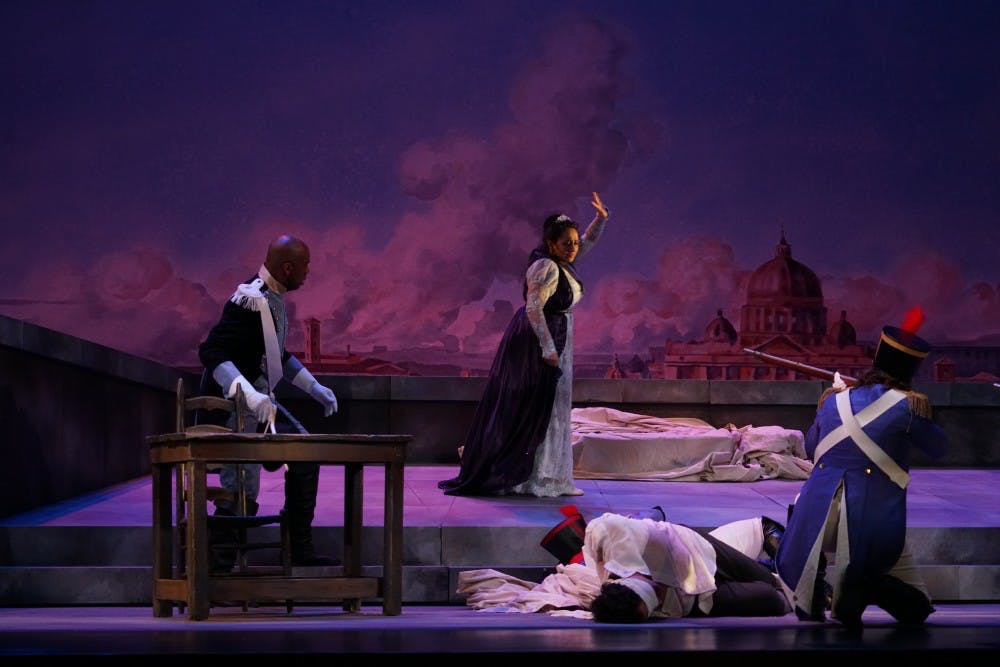 Since graduating from Rice in 1999, renowned opera singer Kristin Sampson has performed leading roles in numerous productions all over the world. Most recently, Sampson headlined in the New York City Opera’s reopening debut, “Tosca.” The NYCO ran into financial problems following the 2008 recession and declared bankruptcy in 2013. Anticipation and tension both presided over the Opera’s revival performance that came after over two years of legal battles. The NYCO prides itself for its tradition of performing “the people’s opera,” providing audiences with accessible material and low ticket prices since its inception in 1943 to abolish views of the opera as a form of elitist entertainment. Their 2016 season opened with the hope that the people of New York would embrace it once more.

When I asked her about performing in “Tosca,” Sampson stressed the energy surrounding the performance. “The excitement that night – you felt it all around you. From the orchestra members who were playing in the pit looking up with you with tears in their eyes because they are back together to the stage managers who were just so happy to be there,” Sampson said.

The NYCO chose “Tosca” as a nod to the the company’s roots.

“They went back to what they feel honored the original mission which was to produce work from what you would consider the classic canon of repertoire … Tosca in particular because when the company was originally founded they launched it with ‘Tosca,’” Sampson said. Everything from the flat-painted backdrop to the heavily ornate costumes hailed back to the original aesthetic that NYCO emulated from its inception.

Sampson attributes her success to the invaluable mentors she has met throughout her career, including Joyce Farwell, Debra Dickinson and Tom Jaber, who instructed her during her time at the Shepherd School of Music.

“All of them with their guidance and expertise really provided a monumental foundation for me,” Sampson said.

The structure of Sampson’s Rice education also eased her transition into the professional music world.

“Yes, you have your academia … and you really do get a thorough background in theory and the fundamentals of what it takes to be a music major, but [the instructors] go further than that because they hold you accountable as a performer … in terms of what I have done with my life thereafter it just helped me formulate what I needed as the discipline side of it to pursue what I do every day with my career, the structure and just their guidance was very instrumental in my life and my success,” Sampson said.

Reviews from the New York Times and the Wall Street Journal of NYCO’s “Tosca” were mixed, but this did not seem to phase Sampson.

“Immediately after each one of our shows closed, there was an instant standing ovation from our audiences, and by definition NYCO is the people’s opera and to see the people in the audience respond the way they did that is a more important response than any reviewer wrote,” Sampson said.

Now that Tosca is over, Sampson has a fully booked schedule of concerts and performances around the globe, from an upcoming production of “Carmen” in the San Francisco Bay Area to concerts lined up in Hungary and Viterbo, Italy.

Entering the professional world can seem daunting, and it can be difficult to discern the correct path to a successful career, particularly in the realm of the music industry. Sampson gave some words of advice for young graduates: “Figure out what you’re good at — what it is that you do better than anyone else — that’s the thing you need to pursue.” She also stressed the importance of utilizing the Rice community.

“Most of the people around you are going to be your colleagues for the rest of your life,” Sampson said. “Don’t forget to use each other as a wonderful support system and resource in your professional life.”