After a dominating victory over Florida International University on Saturday afternoon, Rice head coach Mike Rhoades marched off the court and waved a gracious “Thank you” to the student section like he does after every home game this year. The excited Rice crowd cheered in response to Rhoades, stomping and clapping in the stands.

It has not always been this way. Three seasons ago, men’s basketball averaged only around 25 students a game. Now, it enjoys over 200 per game. This year, Rice basketball has seen multiple near sellouts. We are witnessing a shift in basketball culture here at Rice, and gradually, little by little, Rice is becoming a basketball school.

According to junior center Andrew Drone, the new energy of the crowd is infectious.

“A lot of times over the years, we’ve had to try to make our own energy without any fans here,” Drone said. “It just helps us so much mentally for the game whenever we can come out and see so many people here, cheering and yelling, and see our friends out in the stands. It just helps us out a lot.”

The hectic atmosphere can be traced back to the arrival of Rhoades two seasons ago. According to senior guard Max Guercy, the transformation stems from Rhoades’ enthusiasm.

“It all starts with coach Rhoades,” Guercy said. “He’s out there trying to promote our games, doing all these things to get our fans in. Last year and this upcoming year, we’ve had the most fans we’ve ever had. It’s a real change of culture he’s really brought.”

“It all changed when coach Rhoades came,” Reiskind said. “He sparked my interest. By having a personal connection with him, I wanted to help him out with whatever way I could because I knew what he was going to be doing with our school, with putting a product on the court, it would only be more beneficial for him if we could help by putting energy into the student section and energy in Tudor.”

According to Rhoades, he has been actively trying to address the apathy from students, and it has been working.

“My big thing is, I go around to the colleges and into the serveries and tell everybody that once or twice a week during basketball season, put your books down, come over to the gym for an hour and a half and just go crazy cheering on your fellow classmates and help us get this program going and be a big part of it,” Rhoades said. “You see a lot of new faces each and every game, and that’s how we’re going to get it going.”

This change of culture is reflected through the new system of basketball Rhoades brought to Rice. The fast-paced, pass-heavy offense coupled with the effective rotational defense has made Rice basketball fun and exciting to watch, allowing players to truly shine. Young standouts Marquez Letcher-Ellis, Marcus Evans and Egor Koulechov are prime examples of the successful system.

According to Rhoades, this style of play is essential for attracting big crowds.

“You have to put a good product on the court,” Rhoades commented. “If it’s a good fun style, a fun atmosphere and a fun way to play through building our program, as we get better and better, more and more students will want to be a part of our rise.”

Instead of the season-long struggle to promote basketball games like previous years, Reiskind said he believes that the increased attendance is becoming more natural.

“Now, it’s becoming more of this intrinsic thing, where somebody will come to a game, they’ll have an amazing experience because the games are fun,” Reiskind said. “They’re fast-paced, there’s good energy, and [the students] are going to want to come back and bring their friends.”

Despite being plagued by injuries this season and sitting at a 6-8 conference record and a 11-16 overall record, the team overcame much adversity and laid a solid foundation for its rebuilding process. With a newly energized fan base, a strong core of young talent and Rhoades’ fast-paced system, Rice basketball boasts a future brighter than ever. 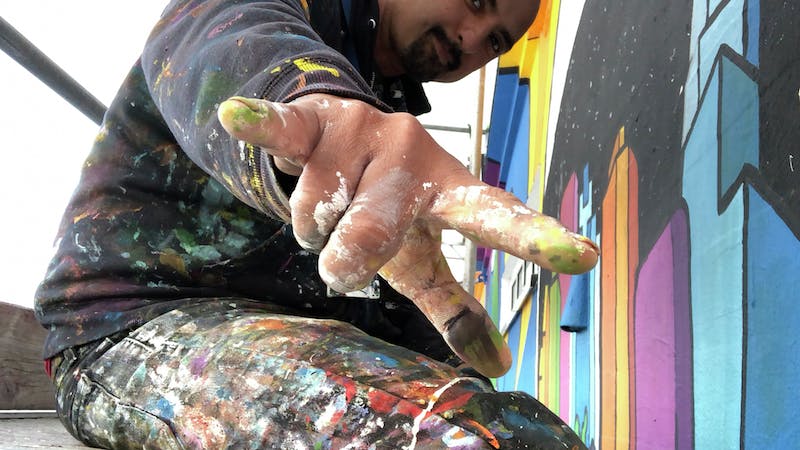 This week, another prolific Houston artist is making their mark on Rice’s largest canvases in the next installation of the Moody Center for the Arts’ season of “Creative Interventions.” Through the week of Oct. 26, internationally acclaimed Houston-based graffiti artist GONZO247 is joining forces with Rice students, alumni and community members to create a mural in celebration of Owl Together, the first combined celebration of Homecoming & Reunion and Families Weekend. 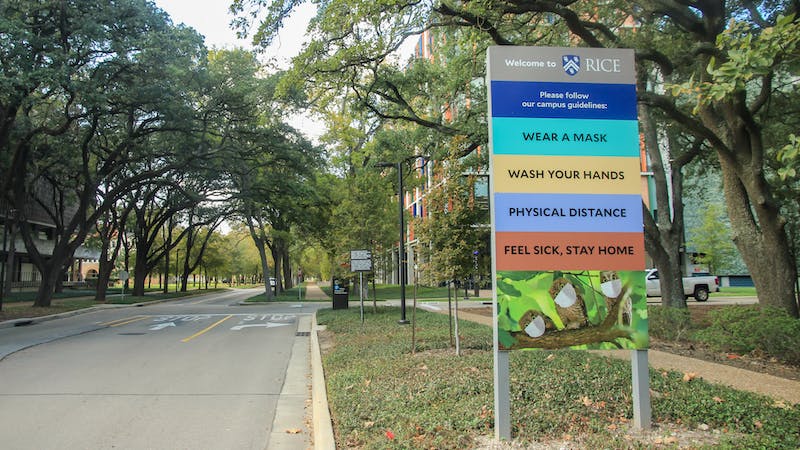