Student expelled in drug incident seeks evidence of his incrimination 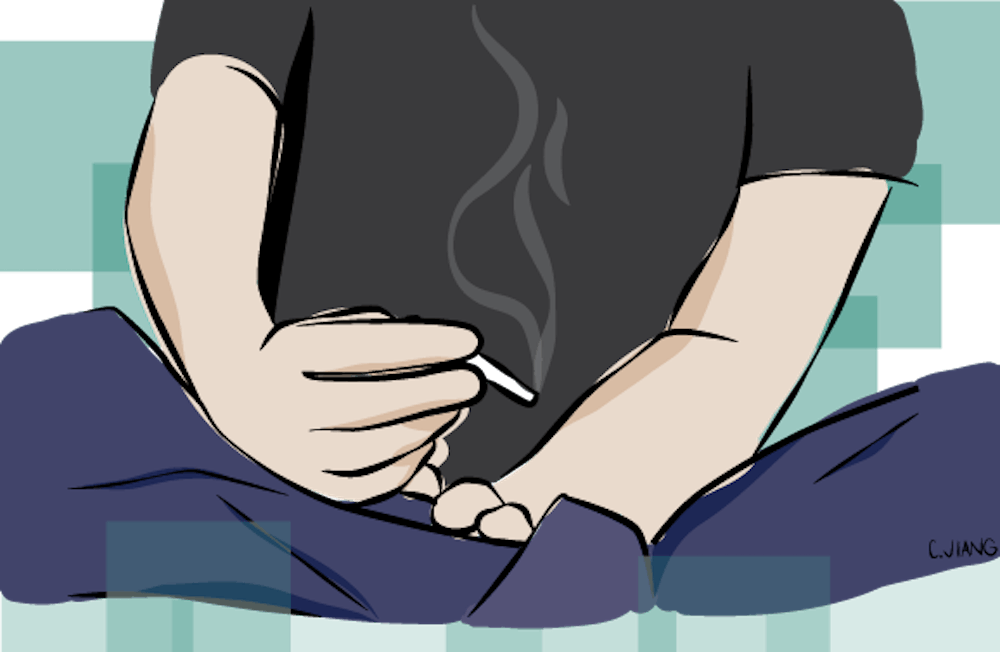 A former Rice University student expelled on drug-related charges last spring wants to retract the university’s allegations against him and filed a petition through the Harris County District Court to depose another student. The petition was dismissed.

Matthew Keene was Wiess College president and on the verge of graduation when he was expelled in April 2015 following a Student Judicial Programs investigation. The allegation made in the SJP proceedings was that Keene supplied the painkiller fentanyl to a student who almost died from overdose. Fentanyl is an opiate hundreds of times more potent than heroin,  according to the Center for Disease Control. In August, Keene filed a petition to take the deposition of Daniel Warren, another former Rice student. Keene’s petition sought a pre-suit deposition of Warren, whose testimony might, according to the petition, prove Keene’s innocence.

“Keene’s entire life is on hold and his future uncertain until he can learn whether Warren’s testimony can clear his name,” the petition reads.

Another court document filed by Keene’s attorneys indicates that Warren did not appear at the pre-suit deposition on Oct. 21, and the court dismissed Keene’s petition on Nov. 16.

According to the petition, a Rice student overdosed on fentanyl on March 20. The petition states the student later claimed to SJP that he had taken the drug from Warren’s room. It also states the student speculated that Warren had gotten the drug from Keene. According to the petition, Keene was rusticated from Rice on the basis of these claims on March 27. In accordance with rustication policies, Keene was not allowed to be on campus for any reason other than to attend classes.

In a letter signed by SJP Director Lisa Zollner, Keene was expelled from Rice on April 21 and his appeal of the decision was later dismissed. The petition also states that Keene was denied a due process hearing and that he was not provided with the names of any other witnesses (apart from the student who overdosed), or the witness statements.

“My ‘file,’ which was told to contain all the evidence used in the judgment of my case, contained no incriminating evidence whatsoever,” Keene said in an email interview. “Rice rested their entire investigation on third-party hearsay, something that should be extremely alarming to Rice students.”

While Rice does not comment on specific student cases, Associate Dean of Undergraduates Don Ostdiek said students are informed of the charges against them.

“Students have knowledge, in their charge letter, of the information we have that we would use against them,” Ostdiek said.

Rice’s Code of Student Conduct states the university’s judicial procedures do not include any rights to due process. According to Dean of Undergraduates John Hutchinson, due process is defined differently at Rice than in an outside court system.

“We make decisions based on what’s in the best interest of our student body and of the individual students involved,” Hutchinson said.

Ostdiek described the judicial system at Rice as a “fair process.”

“The current judicial system at Rice is a joke,” Keene said. “It removes the self-governance Rice pretends to empower us with and acts as judge, jury and executioner in any and all situations that they feel the need to intervene.”

Despite the petition’s dismissal, Keene is still pursuing the evidence that led to his expulsion.

“[The] next [step] will be giving Rice the opportunity to reveal the actual evidence against me, if any, and for the administration to see the grave mistake made by SJP so that they may reverse it,” Keene said.

This is not the first time in recent memory that Rice students have faced expulsion within weeks of graduation amid rumors of drug-related incidents. A 2014 spring break incident in which Martel College senior Reny Jose went missing after allegedly taking LSD was followed by a string of suspensions and expulsions. At the time, the Thresher reported on one student in those proceedings who came forward with allegations of SJP misconduct.

According to Hutchinson, the last few years at Rice have been marked by the introduction of new illegal substances on campus.

“I’m not sure we’ve seen an increase in the prevalence [of drugs], but I think we’ve seen a shift toward substances that cause us more concern,” Hutchinson said.

Hutchinson and Ostdiek maintain that student drug use is treated as a medical issue and not a disciplinary one.

“I’m not moralizing about individual drug use,” Ostdiek said. “Having grown up in the 70s, I have seen that experimentation first hand. I view this as a health issue first and foremost.”

As such, Ostdiek urged students to not hesitate in calling Emergency Medical Services in incidents of drug use for fear of repercussions.

“I can’t think of a time SJP has initiated a drug case from an EMS report,” Ostdiek said. “SJP doesn’t get the EMS reports of any EMS call.”

However, the provision of dangerous substances, such as narcotics, hallucinogens and hard alcohol, is treated as a disciplinary issue.

“If you are providing, and thereby facilitating, someone else’s dangerous behavior then you are putting them at risk and we won’t tolerate that,” Hutchinson said.

If you ask Mark, he’ll tell you he’s not a drug dealer. Rather, Mark, a senior whose name has been changed, describes himself as “someone who’s just willing to help his friends out because it’s mutually beneficial for everybody.”

He buys weed, cocaine, mushrooms, LSD and ecstasy and sells them on campus – but only to his friends.

“I know people that sell in large quantities for good rates, and I’m willing to bear some of the risk by going and buying some and sharing it with all my friends,” Mark said.

According to Mark, his profits are minimal (“rounding to the nearest five or 10, usually”) and he hasn’t risked being caught (“never once”).

Mark said he’s seen rising drug use and a more open drug culture at Rice since his freshman year.

“I remember when I was a freshman there was the one guy you could go smoke weed with if you wanted to smoke weed,” Mark said.

Despite claiming that none of the friends he has ever given drugs to has ever been in physical danger, Mark said he admits EMS would be the last resort in emergencies for students.

And yet, Mark said he thinks that Rice’s “culture of care” extends more to drugs than alcohol.

Derek occasionally dabbles with drugs, but he doesn’t deal.

Derek, another senior whose name has been changed, described the drug scene at Rice as safer and more common than what outsiders may perceive, as well as a lot more harmless.

“It’s rarely, if ever, a ‘Let’s get fucked up’ thing,” Derek said. “It’s never been an aggressive drug scene.”

Derek said he believes that Rice creates a safe environment for students, who are given the opportunity to be smart about their choices .

“Despite the fact that we always complain about SJP, we’re spoiled as hell,” Derek said. “When something happens, the first group of people to point your finger at is SJP. When you look at the role of SJP and the context of the university, it shouldn’t be a surprise to us that someone at the end of the day is slapping your hand.”

He said if students want to engage in illegal activities, the burden falls on them to be careful in not getting caught.

“If we do [something illegal] we should be aware that we’re not supposed to be doing that,” Derek said. “I think a lot of students here are very desensitized to that.”

Like Mark, Derek said he sees a safer community of drug use at Rice compared to alcohol.

“There’s more care with drugs,” Derek said. “Because it’s more like, ‘This is how you do it, this is how much you should do your first time,’ whereas with alcohol, no one ever really keeps track of how many drinks someone has. Everyone just assumes that everyone else isn’t dumb enough to cross the boundaries.”

Derek also said he sees students are reluctant to turning to EMS for drug-related incidents.

“[Students] feel they would no longer be protected from getting in trouble,” Derek said.

Jake is a little more out there. Aside from his daily weed (“a pretty big nightcap”), he dabbles in molly and coke (“for social events”), as well as the occasional “weirder shit.”

Jake, who withdrew from Rice earlier this semester for reasons unrelated to his drug use, describes what he perceived as a “culture of silence.”

“I don’t think the drug use here is a huge problem, at least compared to other schools,” Jake said. “I think the climate and the culture is the biggest problem.”

While Jake describes himself as a casual drug user, he said he felt a lack of trust during his time at Rice in turning to the administration if he ever needed help.

“I’d definitely be worried that they’d do a forced medical leave,” he said.

Jake said he perceives the general social and academic culture at Rice as the biggest barrier to addressing student drug use.

“The obsession with conventional success and happiness definitely can lead certain individuals to go off the rails in a way they don’t want to process or understand,” Jake said. “Kids have gotten kicked out. I don’t think that’s a productive way to tackle the issue.”

Hutchinson pinpoints a “prevailing libertarian view” among students on their peers’ drug use as the most difficult part of addressing this issue.

“We have taught students intervention processes and bystander training in cases where they are worried that a sexual assault might take place,” Hutchinson said. “We are not yet there with substance abusers. Students are more likely to view someone else’s substance abuse as that person’s issue, not to be intervened on. We are more often than not blind to a student’s substance abuse until it rises to a problematic level.”

In attempting to create a safer campus, Hutchinson urges students to come forward and speak up on what he sees to be a pressing issue.

“I’m reaching out to the student body to say, help us, help your friends,” Hutchinson said.

For his part, Keene hopes the administration will address what he sees as mistreatment by SJP.

“I have every faith that the administration will see the injustice done by SJP once everything is brought to light and will reverse their capricious and egregious actions,” Keene said.

Nonetheless, Keene looks positively on his experience at Rice despite being expelled weeks before his expected graduation.

“Being a part of the amazing community of individuals that is Wiess and giving back to it as president was one of the most rewarding experiences of my life,” Keene said. “No official and no sanction will ever destroy those memories and friendships made.”