Colin Powell to speak at graduation 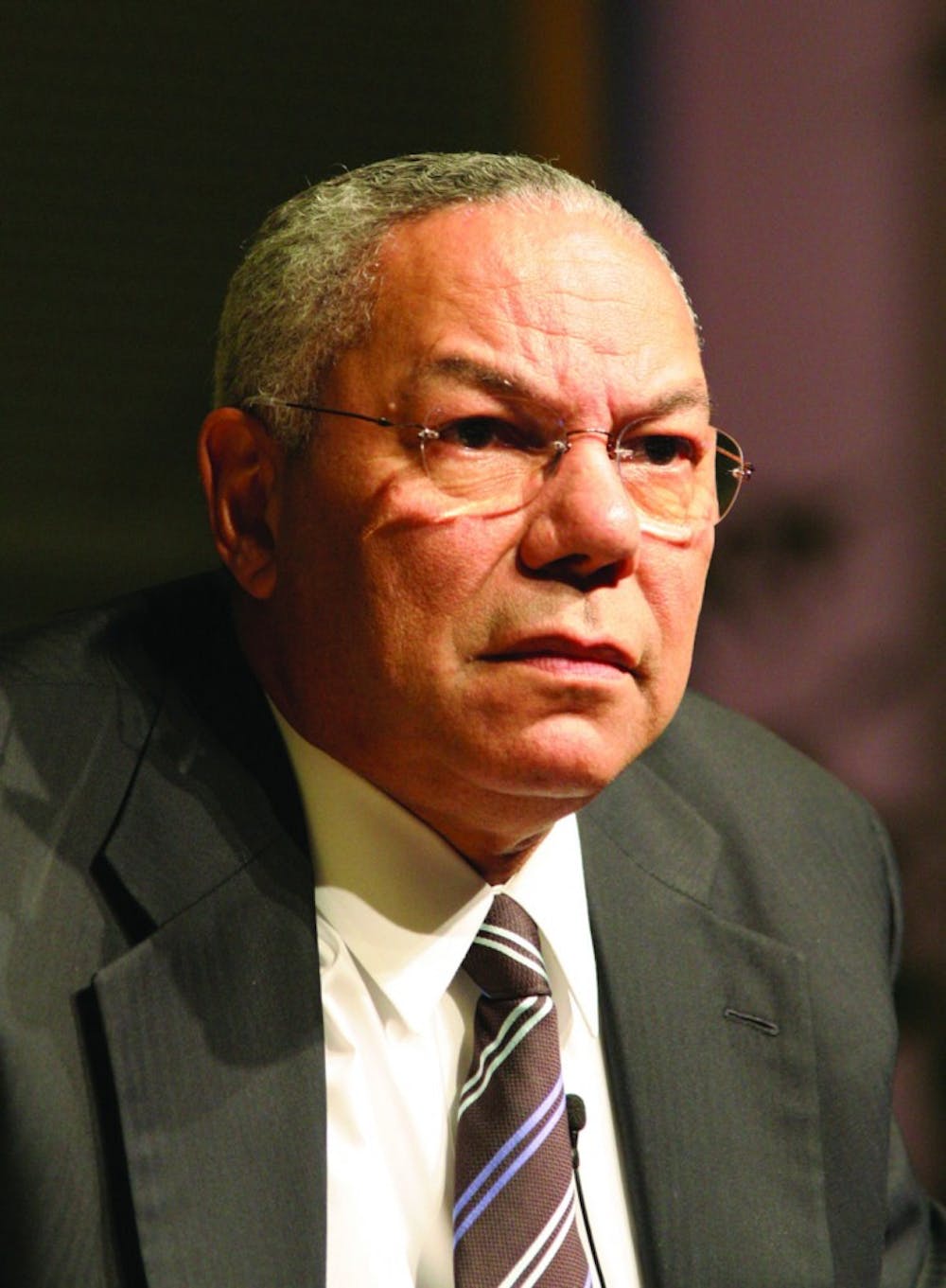 The Rice University administration announced Wednesday that former Secretary of State and Chairman of the Joint Chiefs of Staff General Colin Powell will deliver this year’s commencement address on May 16.

Powell served as chairman of the JCS, the highest-ranking military officer in the United States, under Presidents George H.W. Bush and Bill Clinton, then as secretary of state in the administration of President George W. Bush. According to Rice President David Leebron, a search committee responsible for the address chose Powell because they believed he would deliver a beneficial message to graduates.

“We have not generally had people I would call celebrities,” Leebron said. “We’ve had sometimes people not so well-known, sometimes very well-known, but mostly our committee has tried to find people who have accomplished something distinctive in the way of making contributions to society.”

Leebron emphasized Powell’s leadership qualities as key to his selection. According to Leebron, Rice is working to improve its leadership programs as part of the newly launched Initiative for Students.

“There are few better examples of leadership in the U.S. than General Powell,” Leebron said. “We are hopeful that we will have some new leadership initiatives to announce later this spring … This choice of a commencement speaker is consistent with the increased emphasis on developing the leadership capabilities of our students.”

According to Leebron, Powell’s life story will also make him a good choice for commencement speaker. Powell was raised in the South Bronx by Jamaican parents and attended New York City public schools throughout his childhood.

“He’s led a remarkable life,” Leebron said. “This is the son of immigrants who rose to the very highest positions in both the military and civilian government, who is widely regarded as one of the great leaders of our time, while [embodying] a person of great integrity and achievement.”

Leebron said Powell has made valuable contributions to accessible education through his leadership of several organizations such as America’s Promise Alliance, which works to support children across the country.

“He spends most of his philanthropic activity around the issue of education,” Leebron said. “It’s that combination of bringing together passion for what education can do and what is possible for anybody who works hard enough and brings the right values to their life.”

According to Leebron, the search committee considered both alumni and faculty contacts as well as companies representing prominent speakers. Last year’s commencement speaker was Dr. Helene Gayle, the president and CEO of the anti-poverty organization CARE USA.

Leebron said he hopes Powell will inspire students to consider their futures.

“We expect him to stir [graduates’] thinking about their own futures and stick in them a sense of possibility of their own lives,” Leebron said. “Hopefully, they spent the last four years accumulating some of that, but this is an important moment for students and their families, and we hope they’ll be happy to have a well-recognized commencement speaker.”

According to Leebron, the university wants students to work to improve society.

“We want the students, while they are here, to develop a sense of what they can achieve with their lives, and it’s even better when they leave,” Leebron said. “They get the message of ‘Here’s what you can contribute with your lives, and it requires that whatever field and endeavor you choose, you can be a leader in that endeavor, you can make a difference, you can mobilize other people.’”