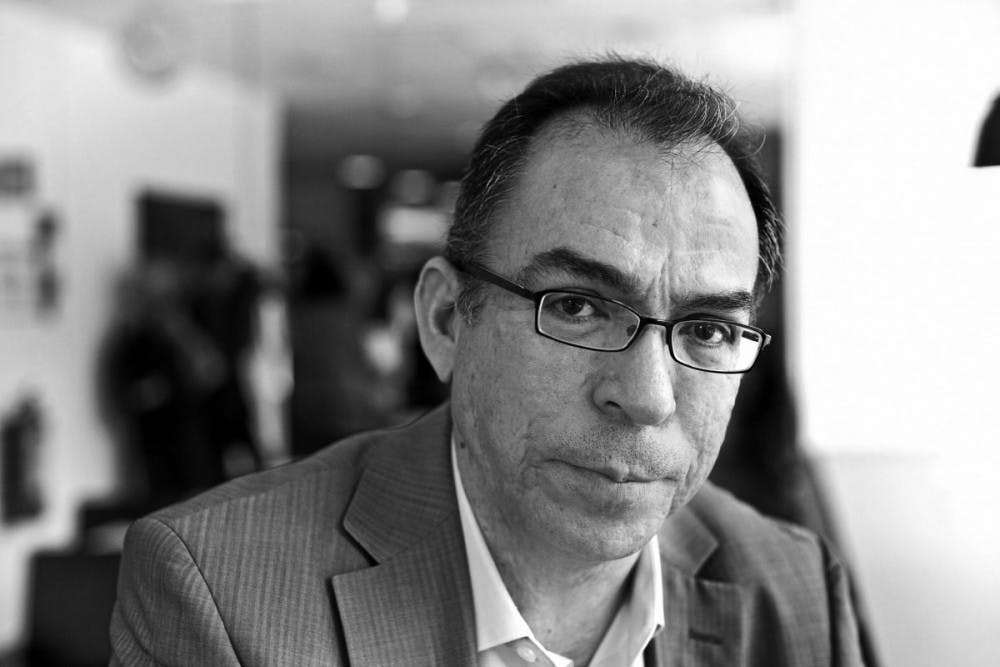 Alfredo Corchado, a well-known Mexican-American journalist and author, spoke at Rice University about drug-related violence and journalism in Mexico this Monday.

Corchado, who was born in Mexico, said his experience with journalism began after his family immigrated to the United States; when he was working on a farm in California at age 13, a reporter investigating immigrant labor asked him how old he was.

“It really marked me; it was like, wow, somebody really wants to tell my story,” Corchado said. “What a noble profession... It’s that sense of giving a voice that always inspires me.”

Corchado said he later dropped out of high school and expected to become a hairdresser, but he ended up graduating from community college in Texas and then attending the University of Texas, El Paso and finally Harvard University. Corchado has worked for the Dallas Morning News since 1994, winning several journalism awards, and is now the Mexico bureau chief for the newspaper.

Earlier this year, Corchado also authored a book, Midnight in Mexico, which relates his experience reporting in the dangerous conditions of present-day Mexico. According to Corchado, the book deals with the emotional side of his experiences much more than his reporting did.

“As reporters, something we do a pretty good job of is keeping our emotions to ourselves,” Corchado said. “And then when you open the gates, it’s like a flood — the emotions take over. There were times [writing the book] when I couldn’t stop crying.”

Corchado identified his split Mexican-American identity as one of his main sources of emotion.

“It’s the nostalgia of the immigrant,” Corchado said. “It’s like you’re searching for your identity, you know, where do you belong? Do you belong in Mexico, do you belong in the United States? That’s the tears — it wasn’t just the bloodshed in Mexico, it was also this longing to belong to one country or the other.”

Throughout the talk, Corchado emphasized the importance of being informed about events in Mexico. He pointed to the protests in the U.S. of South African apartheid when he was in school as an example of Americans becoming passionate about a foreign injustice.

“I wonder whether that kind of outrage is here about Mexico,” Corchado said. “I think what Mexicans want more than anything is for the outside world to share her pain.”

“I always find it very interesting and encouraging that people like [Corchado], who have first-hand experience with these problems, can spread their voice, write a book,” Walsh said. “[They] make other people feel the same way I feel, and other Mexicans and Central Americans feel, about issues that are very hard to solve.”

Walsh said he went to the discussion hoping to hear about possible solutions.

“I see a lot of the same problems in my country as in Mexico,” Walsh said. “I was curious about how [Corchado] treated these problems in his book and if he would talk about any solutions.”

While acknowledging the continued conflict in Mexico, including the recent disappearance and likely murder of 43 students in the state of Guerrero, Corchado concluded his talk on a hopeful note.

“Think about where Mexico has been in the last 20 years,” Corchado said. “And yeah, this is a very dark, difficult time in Mexico. It’s almost like the country is transfixed by what has happened with the massacre of these students in Guerrero... but it’s also a much more plural, much more open society [than 20 years ago].”

According to Corchado, the fact that the media has been publicly reporting on the role of the government in Guerrero is emblematic of the changes occurring in Mexico more generally.

“Think about the fact that you have journalists today who in the last ten days have been shedding all this light about the administration,” Corchado said. “That kind of stuff you wouldn’t have seen 20 years ago. Is it a country that has changed? No. But it’s a country that’s changing.”