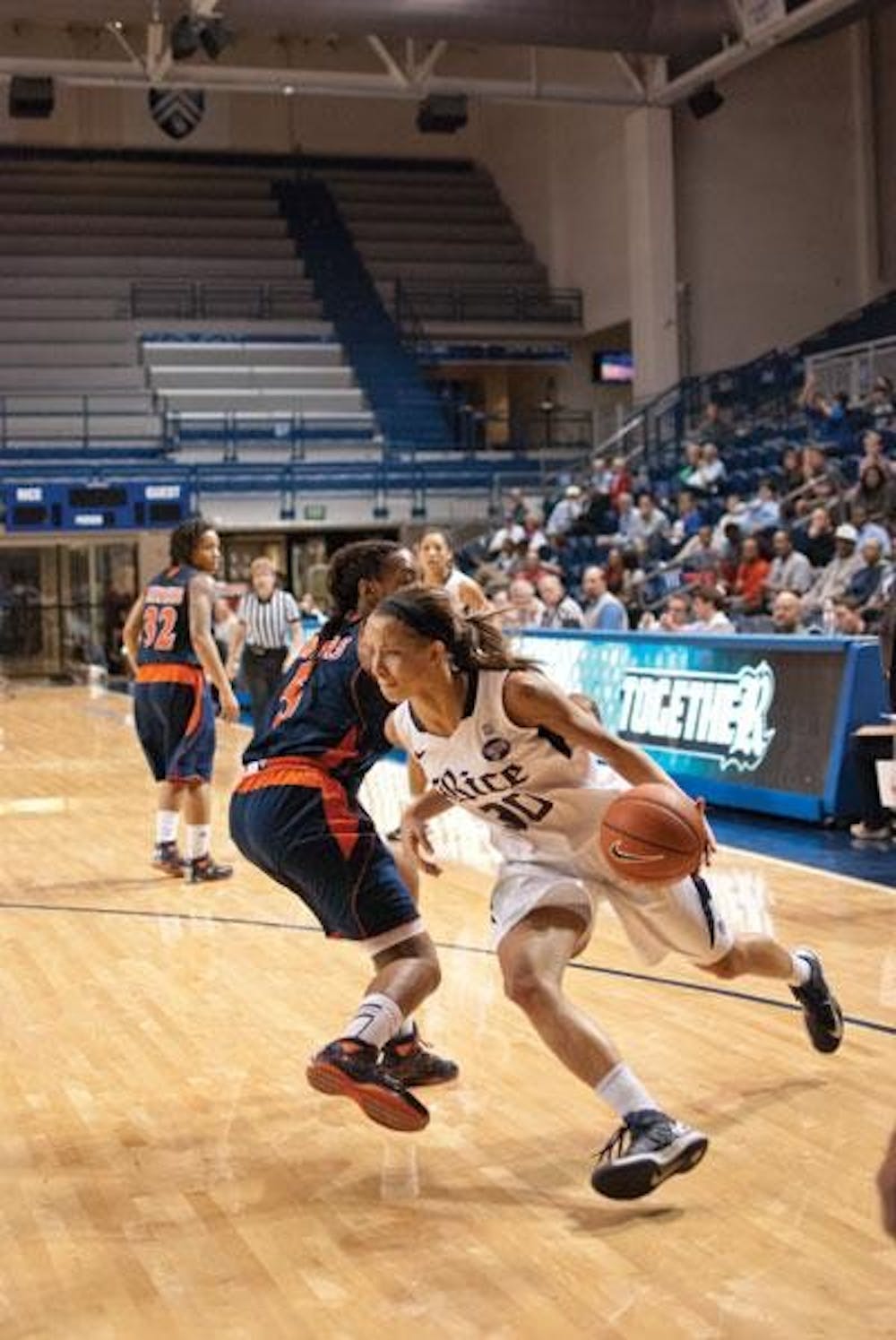 It was another rough weekend for the Rice Owls women's basketball team, which lost both games it played to fall to four straight losses. The Owls, whose conference record of 1-5 places them at No. 11 in Conference USA, are consistently struggling to score points.

Last Thursday night, the Owls welcomed the University of Texas, El Paso, which is one game out of first place, into Houston. While UTEP has been playing well lately, the Owls hoped the home game at Tudor Fieldhouse would provide them an advantage.

UTEP started big, going on an 18-0 run in the first few minutes and putting the Owls in a large hole early, causing Rice concern. This was the opposite of what typically happens to the team at Tudor, where it tends to play well early and fade in the end.

By the end of the half, Rice whittled the lead to nine, heading into the locker room down 29-20. Rice had a miserable time shooting in the first 20 minutes, making well under 30 percent of its baskets.

The second half was kinder to the Owls' shots, and they put together a 12-0 run to pull themselves back into the lead. With only minutes left, momentum looked like it was shifting toward Rice. But a made UTEP jumper and then UTEP layup, put UTEP up one with only seconds left. A Rice jumper on the buzzer, hit the rim and bounced out, sealing the game.

Forward Jessica Kuster led the way for the Owls with 21 points and 10 rebounds, her 10th double-double this season.

After the rough home loss, the Owls sought vengeance against the University of Southern Mississippi, moving out to a 19-12 lead with around 11 minutes left. They looked impressive, moving the ball and finishing scoring chances. By the time halftime rolled around, the Owls were up 41-23 and looked like they were going to sail to victory.

But a 19-2 start from the Golden Eagles brought the score to 48-46 in favor of Southern Miss. Southern Miss held its lead for the rest of the game, eventually winning 76-57. Rice only scored 16 points in the second half.

"It was a strange basketball game. I don't know if in all my years of coaching that I've had two halves that were that disproportionate," Head Coach Greg Williams said. "They changed their pressure and made some good adjustments with their press, and we did not handle it well."

Once again, Kuster led the way with 15 points, with freshman forward Megan Palmer right behind her with 14 points and nine boards. Freshman guard Breion Allen contributed 10 points from the bench. The Owls shot around 47 percent from the field in the first half but only around 20 percent in the second.

This week, the Owls hope to snap their losing streak with a Thursday night matchup at the University of Memphis, which is 3-3 in the conference. Rice then faces the University of Alabama at Birmingham, currently in second place, at Tudor Fieldhouse on Sunday.