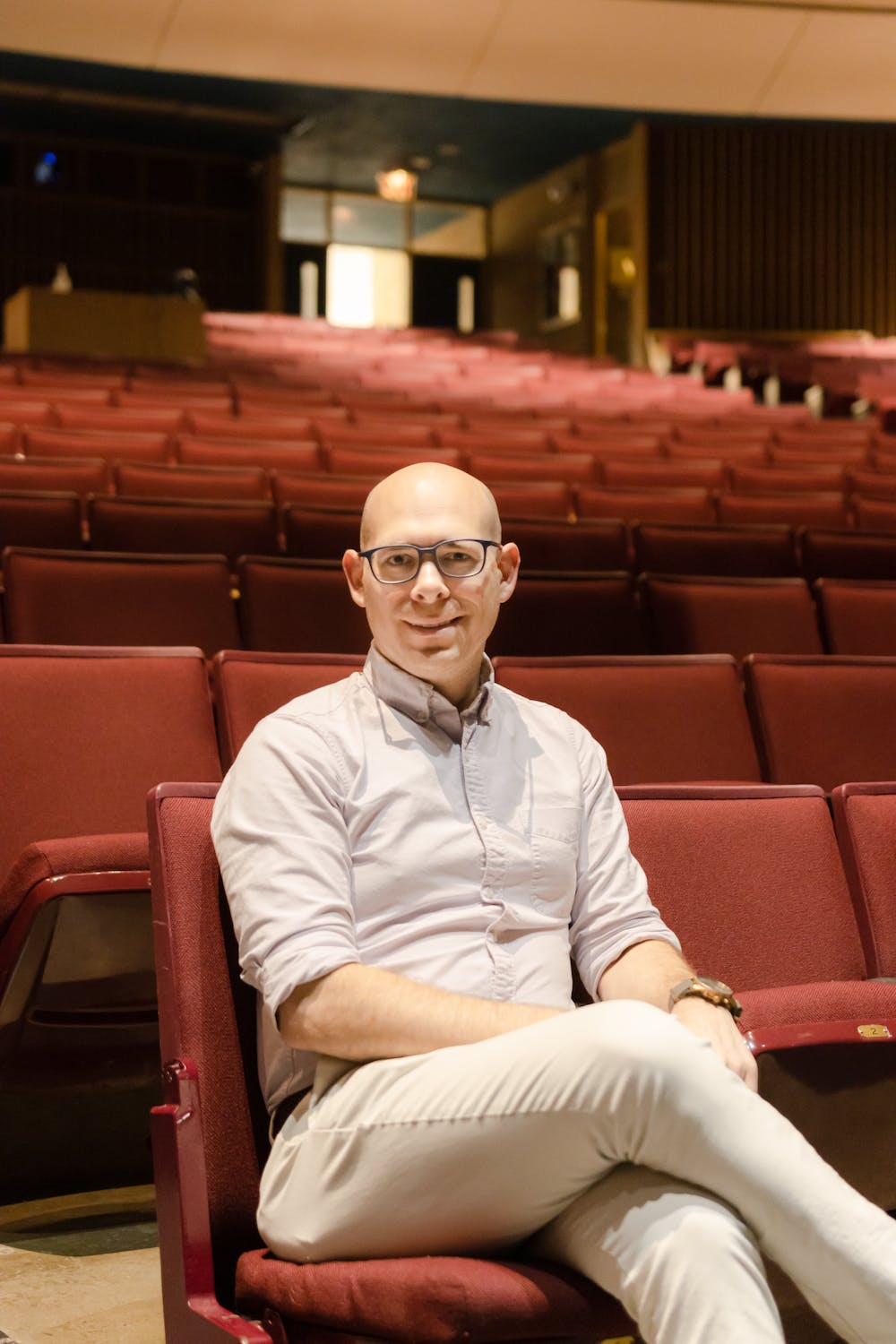 Both on and off the stage, theatre has long been a part of Weston Twardowski’s life. From professionally acting to directing shows to co-founding his own theatre company in Los Angeles, Twardowski has made his love for the stage into a living. Now the program manager of the Diluvial Houston Initiative and lecturer in theatre and environmental studies at Rice, Twardowski finds his passion for theatre and academic research intertwining with a pertinent issue — environmental justice.

“[As] I continue to think about the research topics that interest me, it’s very much tied to how my research can also move beyond an academic readership and into public change,” Twardowski said. “[A] site that I’m very passionate about for that is in any kind of environmental work, environmental justice [or] climate justice. And some of that is art making, and some of it is really thinking about what an artistic approach brings to the kind of advocacy and activism we care about.”

After graduating from Northwestern University with an interdisciplinary Ph.D. in theatre and drama just last year, Twardowski was able to utilize his dissertation to delve into this intersection between performing arts and environmental activism.

“And so [the work that] really grew out of my dissertation research project was on post-Katrina performance in New Orleans, and thinking about how places that had been through environmental catastrophe use arts and performance as a method of healing community and kind of reestablishing civic identities within the area,” Twardowski said.

A native of New Orleans who lived through Hurricane Katrina, Twardowski has long turned to theatre and art as a source of healing, restoration and community, and considers it an educational tool.

“I lived through Katrina [and] was very much in the aftermath of Katrina. How I put my life back together was making art,” Twardowski said. “Some of the most important work being done by some really impressive advocates and activists in the city of New Orleans, and some really incredible nonprofits, are done by artists.”

Through avenues like making posters, singing at events and performing productions, Twardowski said many social justice movements around the globe have relied on art for awareness and encouraging engagement which continues inspiring him to take his work beyond academia and into creating public change.

“I have seen really phenomenal theater works that are community based and build community, that build coalition and educate the public. That work is incredibly exciting to me,” Twardowski said. “The more that my research went into thinking about environmental catastrophe, the more climate change just became kind of inescapable in my headspace.”

An avid proponent of storytelling and sharing the narratives of others, Twardowski is also helping to organize a five-day climate activism workshop this summer for traditionally marginalized and under-resourced Houston-area high school students. Twardowski said this program, hosted through the Center for Environmental Studies and in collaboration with the Houston Climate Justice Museum, will be centered around an interdisciplinary environmental justice curriculum and reflecting on students’ personal connections to nature.

“The idea is climate and environmental justice education. I think over time it will be through different art methods, but this year we’re starting with theatre because that’s my background.” Twardowski said. “Some of what we’re going to be doing is story building activities and monologue work, [and] we’ll probably have some different games where we try to connect to nature in different ways. I’m really keen to bring some science folks into this … and think together about some of the problems they’re looking at.”

“Our mantra is ‘centering traditionally marginalized communities.’ The stories that we were really interested in telling were those that are not often seen on stage,” Twardowski said. “[In] turn, we get folks who come to our stuff who normally wouldn’t consider themselves theater-goers.”

Third Culture Theatre finds itself with a large range of performance material, covering topics from addiction in the LGBTQ+ community to biracial identity in America.

While breaking into a creative field is not always the easiest endeavor, Twardowski urged others to pursue their passions in the arts and understand there are always unexpected opportunities out there.

“[Follow] that drive. Follow what you’re interested in because chances are if you are passionate, if you love what you’re doing, you’re going to find opportunities. They may be unexpected and they may be strange … but that’s often the most exciting work and the stuff that can end up being a real spark,” Twardowski said. “So go be creative. We need more of it. We crave more of it.”