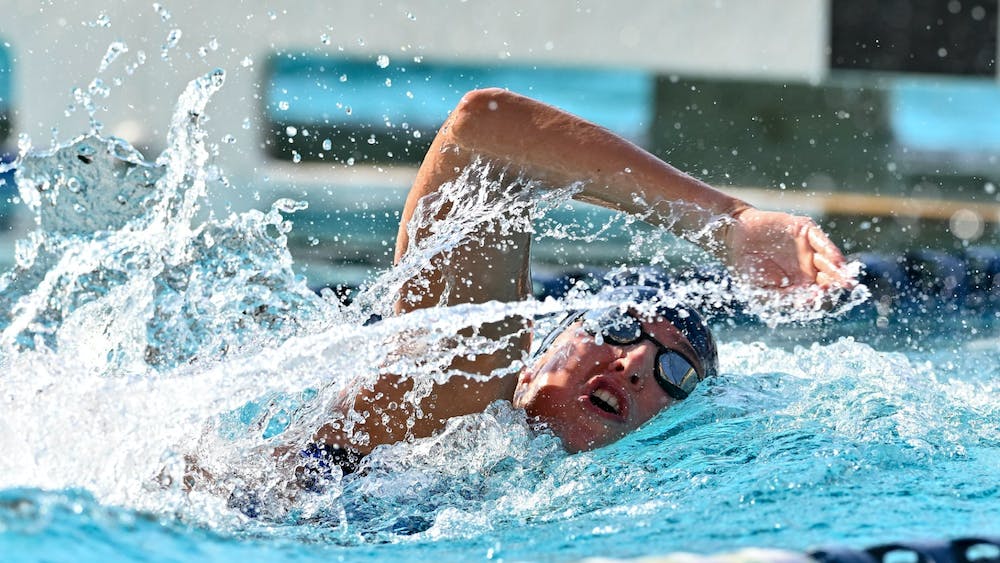 Over the weekend, the Rice swim team traveled to Dallas for their first meet of 2023 against three American Athletic Conference foes. Across the two days of competition, the Owls swept the meet, defeating Tulane University 247-68, the University of North Texas 254-93 and Southern Methodist University 171.5-161.5. Following the sweep, head coach Seth Huston was really pleased with how hard the team fought.

“I’m really proud of the grit and determination the team showed today on the back half of the meet,” Huston said. “We need to take the momentum of this weekend into the championship portion of our season. There are still a lot of details to address in order to continue to get better.”

On day one, Rice dove into the meet with a first place finish in the 400-meter relay, with senior Zoe Spitz, freshman Lily Cramer, sophomore Arielle Hayon and senior Lauren McDougall. Success followed the Owls into the second event, the 1000 freestyle, where they claimed the top four spots in the race including a gold for freshman Ella Dyson. Sophomore Amelia Kane and senior Shannon Campbell who placed second and fourth respectively, along with Dyson were also a part of the 2022 National Open Water Championship team that won nationals back in December. When asked about the success of the distance swimmers, Huston accredits their success to their training for the open water championship.

“Our distance swimmers have really been training at such a high level,” Huston said. “They raced so smart and competitively at the [College Swimming Coaches Association of America] Open Water Championships in December, and this weekend they just kept doing what they have been doing and that is swimming within themselves and out racing opponents to the finish.”

The Owls finished the day with a one-two finish in the 100 backstroke, with Spitz claiming gold and junior Imogen Meers bringing home silver. In the 200 freestyle, McDougall claimed her second gold of the night. Later, Meers secured gold in the 50 freestyle with sophomore Morgan Bartley coming in third. To cap off the night, Kane climbed to the top of the podium, winning the 400 individual medley.

Over the stretch of day one, the Owls won six of the nine swim events. Despite being in the middle of a rigorous training cycle, Huston was happy with the way they competed at a high level.

“I was very pleased with how the team competed this weekend,” Huston said. “This meet culminated our biggest and most intensive training cycle of the season.  We are physically tired and the team really responded with great attitudes and great race execution.”

The Owls opened up day two in the same fashion, with a victory in the 200 medley relay, with Spitz, Hayon, Cramer and senior Sini Koivu leading the charge. The distance crew carried their momentum from Friday into Saturday and claimed the top four places in the 500 freestyle, with Dyson taking home gold. Dyson’s double gold performance was enough to earn her AAC Swimmer of The Week, joining Spitz and Hayon on the list of Owls who have won the award this year. To close out the weekend, the 200 backstroke saw Spitz finish first, followed by Meers in second and McDougall won the last event for the Owls in the 100 freestyle with Meers again claiming the runner-up position.

With Conference USA’s swim league losing too many members to sustain a season this year, the swim team moved to the AAC a year earlier than Rice’s other teams. After completing the sweep in their first meet against multiple AAC opponents, without any divers, Meers, who brought home four medals, was thrilled with the outcome of the weekend.

“Overall the meet went really well,” Meers said. “As a team, we knew it was important to have a good performance as it was our first big meet against AAC competition. To come away with a triple sweep was the best possible outcome.”

The Owls return to competition next weekend as they travel across town to take on the University of Houston. With just two meets left before the conference championships in February, Huston said that the weekend gave the team confidence and momentum going forward but difficulty in selecting the championship team while everyone on the team is competing at such a high level.

“All the schools [this weekend] were members of the AAC, so it was a great preview of what lies ahead at the AAC Swimming and Diving Championships,” Huston said. “SMU will definitely be contending for the championship, so a dual meet victory over them was big. We have difficult decisions to make on selecting our conference championship squad.”