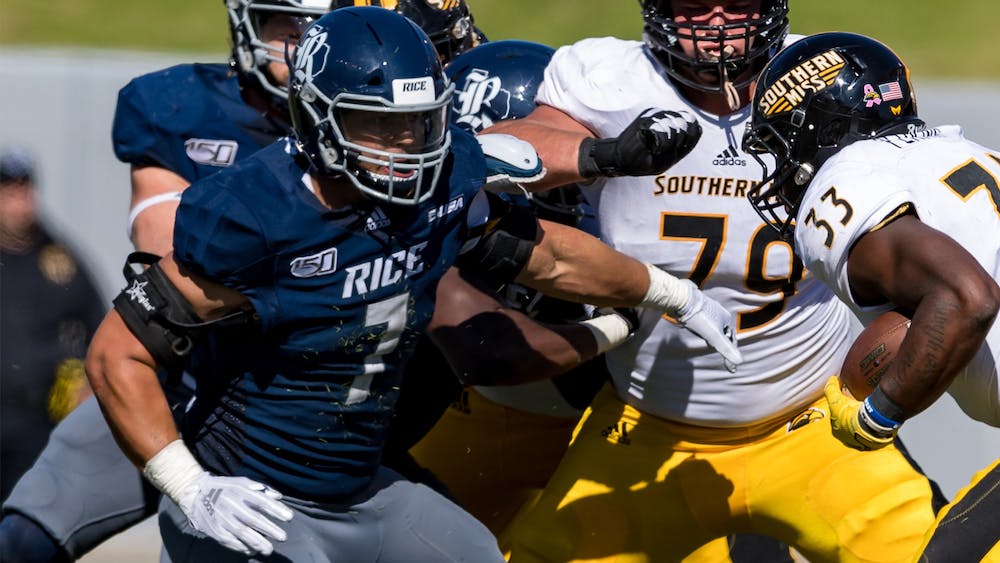 In honor of Rice’s first bowl game appearance in eight years, we’ve collected predictions from our staff and one very presidential guest.

“As tempted as I am to predict a tie that Rice wins on an APR tiebreaker, I think we’ve probably killed that joke already. Both teams are pretty evenly matched and try to control the clock, so that should keep it close. I’ll go with the feel-good story and say Rice ekes out the win.”

“Despite having injuries at some critical positions, the Owls have enough on the offensive side to push them past a Golden Eagles team that moved from the Conference USA to the Sun Belt Conference this past offseason. A concern for the Rice defense should be Frank Gore Jr, the son of former All-Pro running back Frank Gore Sr., who has over 1,000 yards rushing on the season and is ranked second overall in the Sun Belt in yards from scrimmage with 1274.”

“It’ll be close all the way through, but Southern Miss is gonna get a TD halfway through the fourth quarter that the Owls won’t be able to match.”

“I imagine Rice will do as well as any team in a game they barely qualified for, which is to say not well at all. However, I’ll be cheering them on, I promise.”

“Rice will win behind 5 touchdowns from quarterback AJ Padgett”

"I predict a hard-fought Rice win in the battle of the birds."