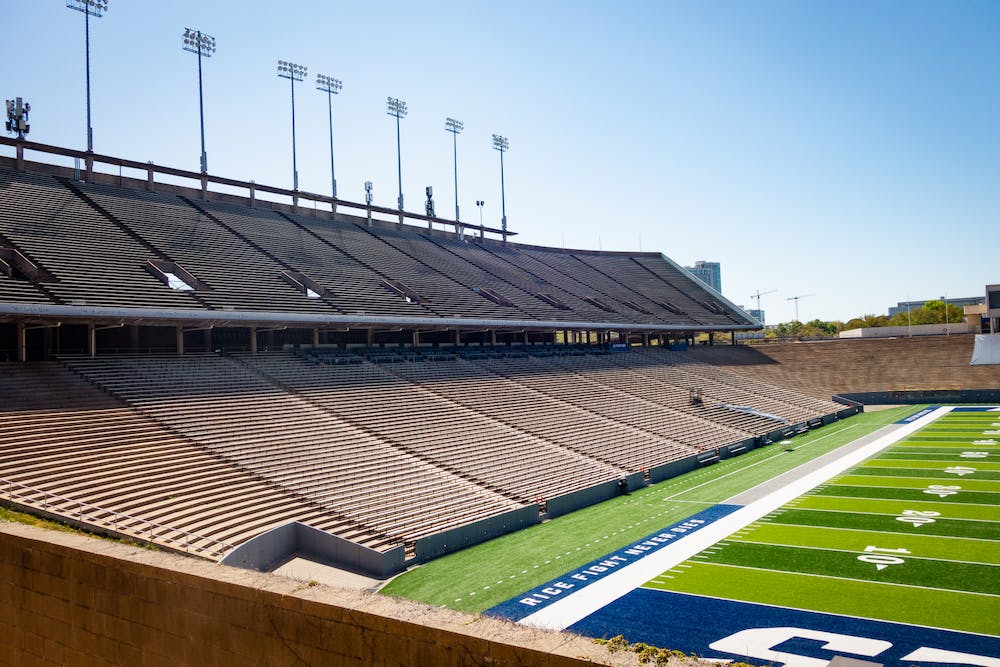 Quarterback JT Daniels, a former five-star recruit who has started 29 games across stints with the University of Southern California, University of Georgia and West Virginia University, will transfer to Rice. Daniels joins an incoming class that ranks No. 80 in the NCAA according to 247Sports’s composite rankings, as of the start of the early signing period on Wednesday. According to head coach Mike Bloomgren, Daniels is one of the best quarterbacks he’s ever recruited going back to his time as offensive coordinator at Stanford University.

“I feel like I've recruited him for ten years,” Bloomgren said. “I guess it's only been eight years, but I've known him forever and have wanted to coach him forever … I think he is maybe the most talented kid at quarterback I recruited in my time at Stanford … Just talking ball with him and [offensive coordinator Marques Tuiasosopo] the other day, you could just see what a great fit it's gonna be so [I’m] incredibly excited about JT and all he brings to our football team.”

Initially the No. 1 ranked quarterback in the class of 2019, Daniels committed to the University of Southern California before reclassifying to join the Trojans a year early. Daniels started for USC as a true freshman, throwing for 2,672 yards and 14 touchdowns, but missed the following year after tearing his ACL in the season opener.

Daniels then transferred to the University of Georgia, where he started seven total games, including three for the 2021 Bulldog team that won the national championship. However, after being unable to claim the starting job, he transferred again, this time to West Virginia University. In ten starts for the Mountaineers this season, Daniels threw for 2,107 yards and added 14 total touchdowns, before entering the portal again. Bloomgren said that, despite his up-and-down career, Daniels is still the same player who was so highly coveted just a few years ago.

“JT, since I started recruiting him, I thought he could be a generational quarterback,” Bloomgren said. “And nothing’s changed. This is not a kid that needs to go to rehab for anything off the field or anything like that. This is a kid that studies football and does the right things.”

The Owls have struggled to settle on a quarterback in recent years, with three different quarterbacks starting games for the Owls in each of the past two seasons. According to Bloomgren, Daniels has every trait needed to succeed in the Owls’ offense.

“The things that we'll be able to do with them scheme-wise and coach Tui’s gonna be able to do with him are off the charts,” Bloomgren said. “His accuracy on intermediate throws is unbelievable. He throws a great deep ball. I don't know what he can't do as a quarterback.”

Along with Daniels, Bloomgren and his staff got commitments from 17 three-star recruits and four other transfers, including former University of Nebraska offensive lineman Brant Banks. The high school class is highlighted by linebacker Ty Morris and defensive lineman Joseph Mutombo, both of whom rank among the four highest-rated recruits of Bloomgren’s tenure according to 247. Bloomgren said that the class, listed by some outlets as Rice’s highest-ranked class since they began publishing their rankings, will elevate the entire program.

“We believe this class will take us soaring to new heights,” Bloomgren said. “From a metric standpoint, it's the highest ranked class in Rice history ... So [I’m] really excited about this group. I think our recruiting staff has done a great job identifying, recruiting, and now signing this class.”

Coming off of a 5-7 season that saw them reach their first bowl game since 2014, Bloomgren said that this class will help the team with their transition to the American Athletic Conference next year.

“I think what it sends to hopefully anybody in our building … it’s like we're in it to win it,” Bloomgren said. “We're coming into the American, we know it's a big step. We feel like we've got some talented pieces in this building.”